If there was any doubt how much this Copa America Centenario means to Argentina, it was dispelled on the eve of the final, as they prepare to take on Chile.

Coach Gerardo Martino was asked if he would change the way he does things, the country’s style of play, just to get a result. He was clear in his response.

‘Absolutely,’ he said. ‘It would be worth it just to achieve this and leave the how to one side.’

Lionel Messi, who scored in the semi-finals against the United States, will once again be Argentina’s principal threat when they take on Chile in Sunday’s Copa America Centenario final 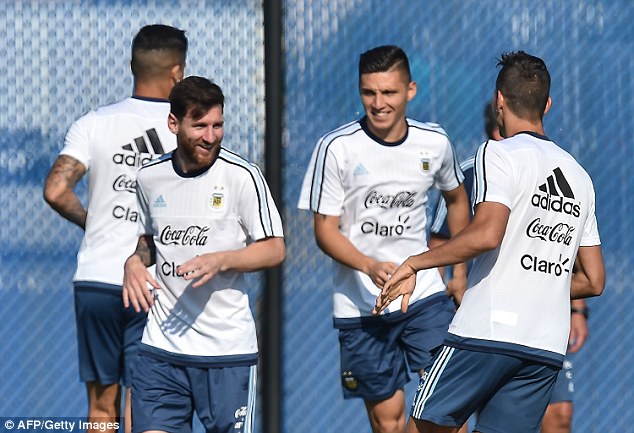 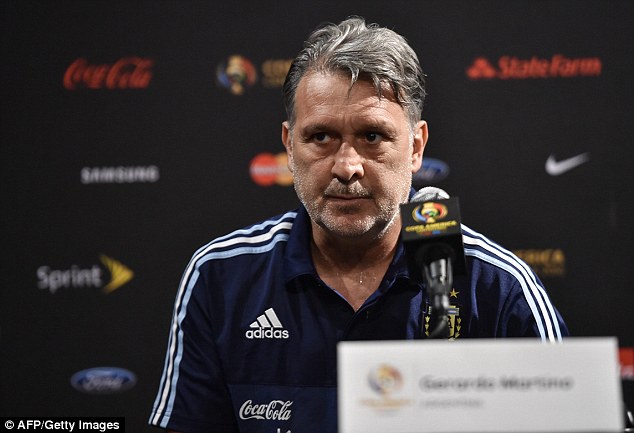 Going 23 years without a trophy weighs heavily on Argentine shoulders. It is time they lifted silverware, particularly with Lionel Messi in their number.

That the greatest player of all time has not lifted a major trophy with his country does not befit the legend he will leave behind and this is his best chance to achieve that.

Chile know it and are preparing to combat his threat, just as they did in the 2015 final when Messi’s spark was smothered out.

‘We see it every week when he plays with the national team but also many times with Barcelona, the virtues he has individually to destabilise an opponent, so we need to have some kind of mechanism in place to counter them otherwise he will be able to change the game,’ he explained. 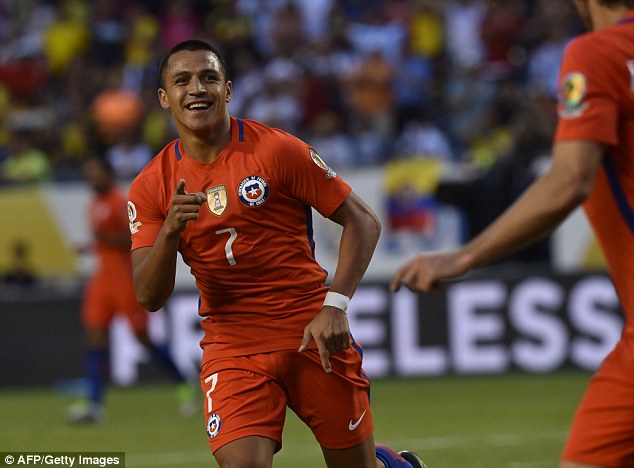 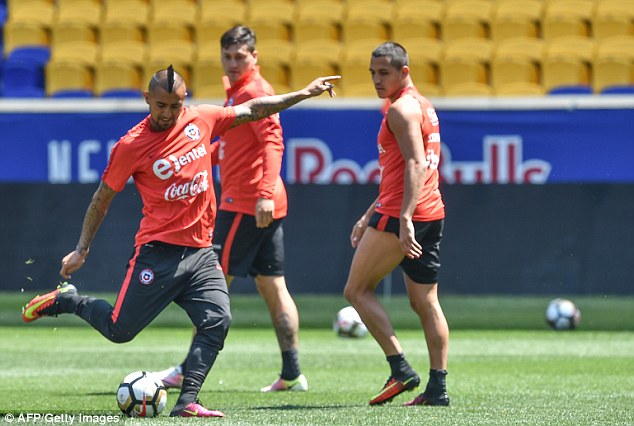 Arturo Vidal strikes the ball during Chile’s training session in Harrison, New Jersey ahead of the game 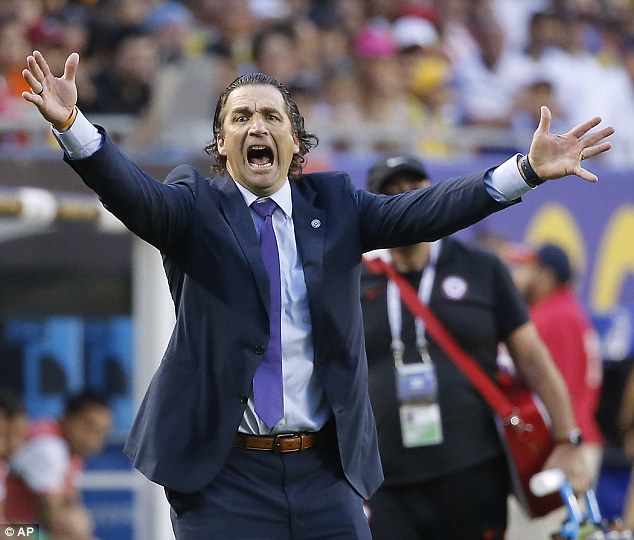 That means Messi can be sure he will be in for a tough, gritty night, unless with his star quality he can help Argentina to the same quick start Chile made in their semi-final against Colombia.

Messi scored a free-kick in the other semi, helping Argentina to victory over the USA, who ended up finishing fourth after Colombia beat them in the play-off match on Saturday night.

He will be a key presence as Argentina aim to gain revenge for what happened last year in the final, although Messi was missing as his team beat Chile 2-1 in their opening match of this year’s tournament.

Angel di Maria starred in that match and could make his return from an abductor injury on Sunday night in New Jersey’s MetLife Stadium, although Nicolas Gaitan and Erik Lamela are also options.

Chile have no injury worries, with Marcelo Diaz back and Arturo Vidal returning from suspension, so will be at full strength heading into the clash. 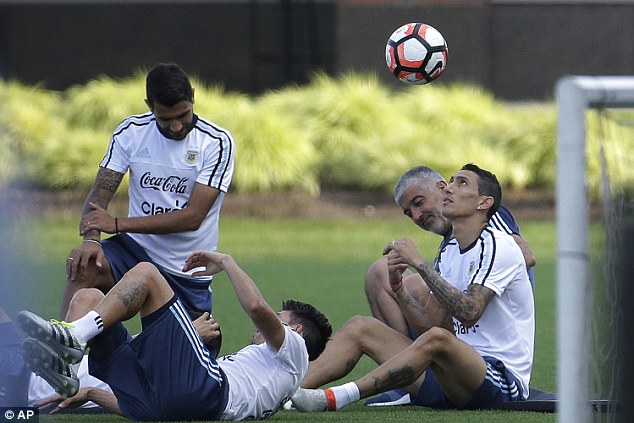 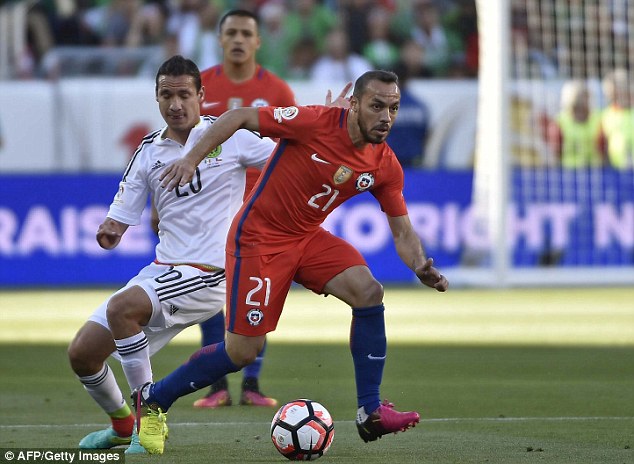 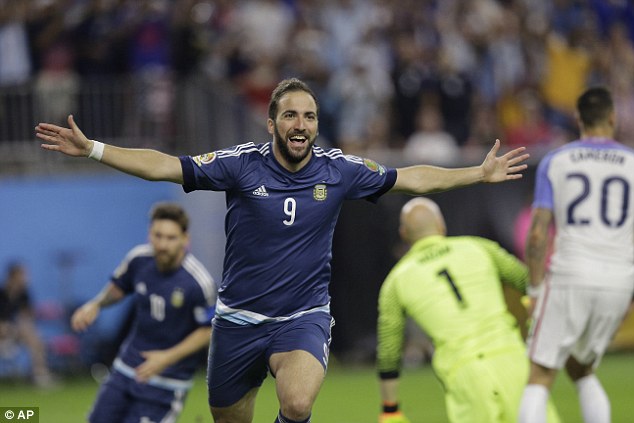 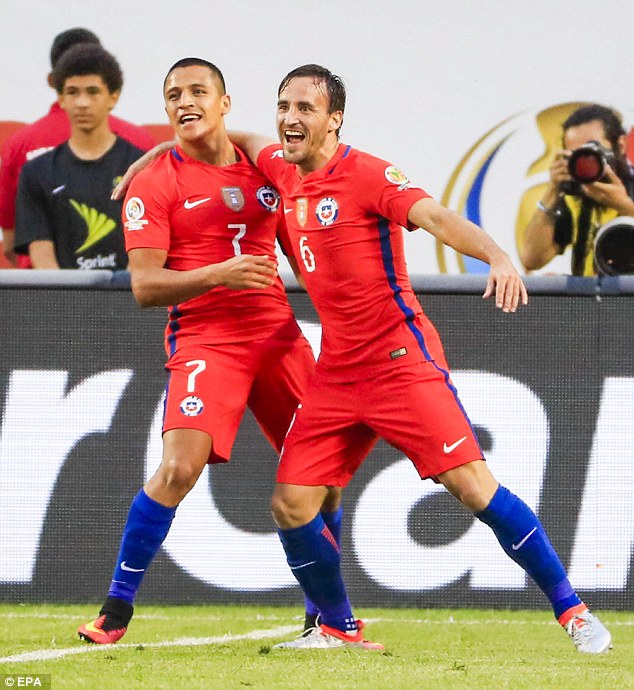 Pizzi believes that PSG winger Di Maria could be the biggest threat to his side’s success after Messi.

‘Well of course after Messi he’s their most decisive player,’ explained Pizzi. ‘In fact he’s shown as much in the first match. We made a lot of analysis of how he played and the trouble he causes.

‘We’re going to try to stop him using many different methods, so they are forced to find some other ways if they want to overpower us.

‘But any of his replacements, whether Gaitan or Lamela, are in good form. We’ll have the resources to face all of them.’ 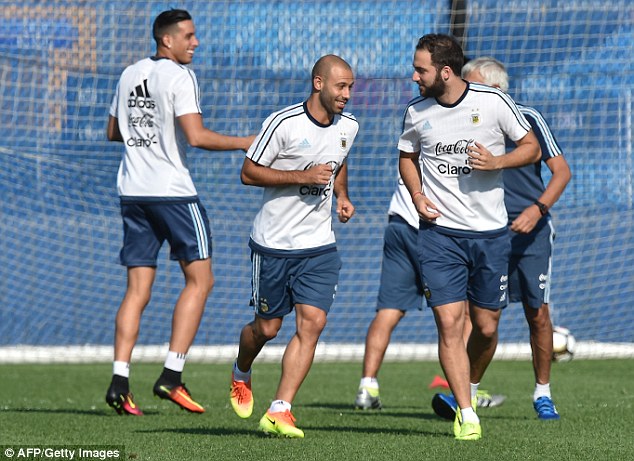 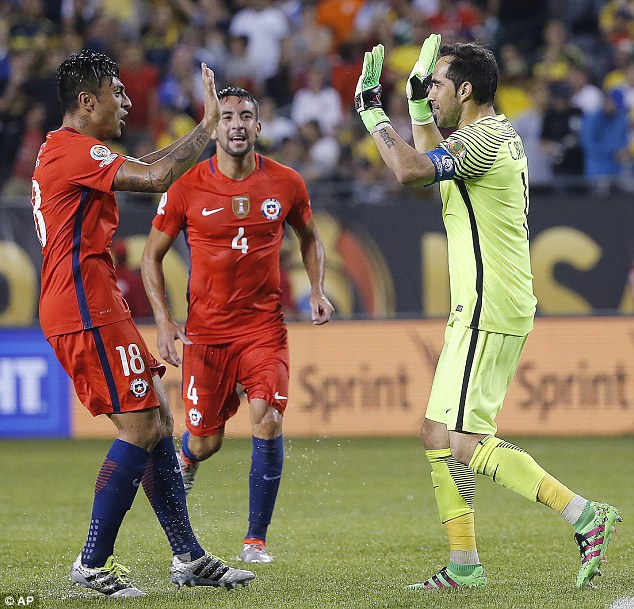 ROUTES TO THE FINAL

Pizzi’s comments imply his team will focus less on the flowing football that saw them thrash Panama and Mexico, and more on the durability which saw them scrape past Argentina on penalties in the previous final.

‘Without a doubt it’s the most important match of my career. I’m enjoying it like the rest of the squad,’ he added.

‘Statistically I think that playing against the most transcendental player in history will be no easy task. It’s hard to see us putting a stop to the statistics that Messi is offering.

‘But despite those numbers we think we are capable of overcoming Argentina and we will do our best to stop them.’