Concerns have started to arise over Lionel Messi’s fitness after the Argentina forward did not train with his teammates just four days before La Seleccion kick off their World Cup campaign.

Argentina face Saudi Arabia on Tuesday in their opening match in Qatar and have already lost a string of players, with Joaquin Correa and Nicolas Gonzalez being sent home on Friday with injury.

But it appears Argentina boss Lionel Scaloni is not taking any risks with his star striker’s fitness, as according to Marca, the 35-year-old arrived 10 minutes late to the training field on Friday and did not train with the rest of his teammates. 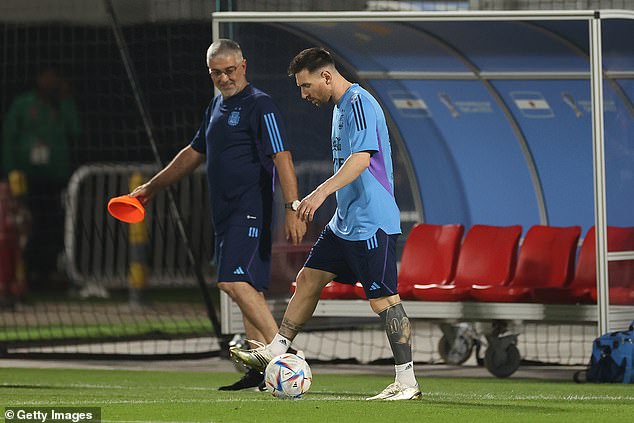 Messi also reportedly did not train with a ball either, but the news coming out of the Argentina camp is positive, with Marca reporting that Argentina are ‘assuring’ that the seven-time Ballon d’Or winner will be fit to play on Tuesday.

The PSG superstar reportedly suffered an ‘achilles’ injury while playing for his club two weeks ago but according to Journalist Gustavo Yarroch, Argentina are ‘managing his minutes’.

Also confident that he would return for Tuesday, Yarroch wrote on Twitter: ‘Messi has a slight overload in the calves. He is regulating his loads to arrive well at the debut of Argentina on Tuesday against Saudi Arabia. That is why he was seen on the field for just four minutes in the quarter of an hour that the Selection opened its doors.’ 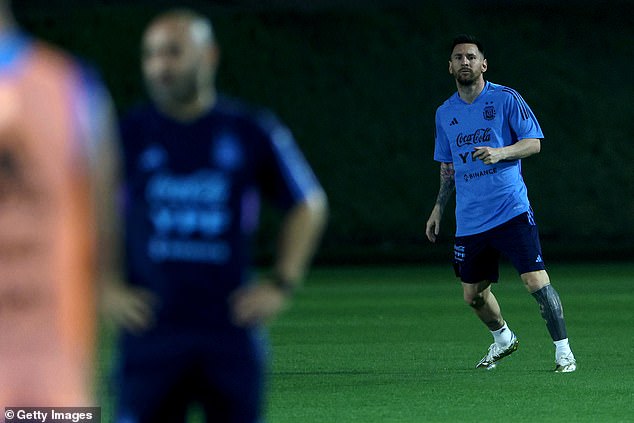 It seems Argentina are managing his training load, with Messi having a problem in his calves

The problem seems to be a recurring one, with the Argentina No.10 having missed PSG’s Champions League game against Benfica and a league match against Stade Remis.

Despite the injury, the forward has been in flying form this season, yielding 12 goals and 14 assists in 19 games for the Parisians.

Four of those strikes have come in the Champions League, with Messi inspiring his side to the knockout stages of the tournament, despite coming second in their group.

And also he’s found the net for his country this year too, scoring an outstanding 11 goals in just seven games for La Seleccion. 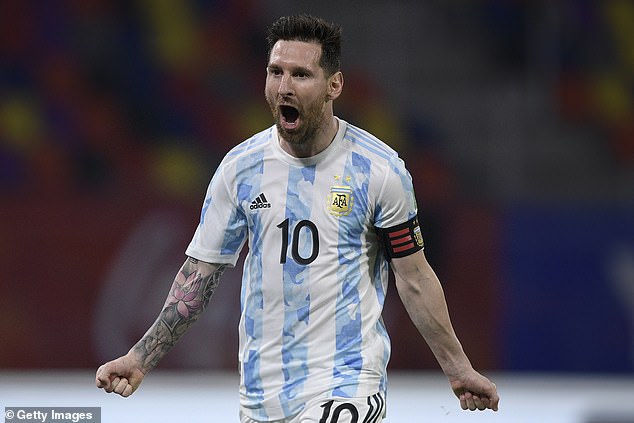 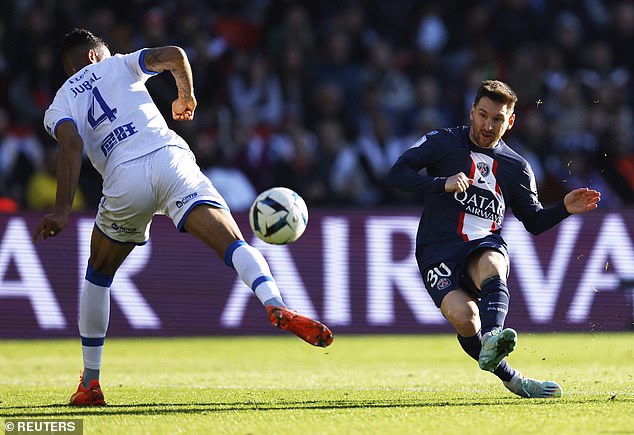 Having achieved almost every major honour in the game, Messi is out to complete his trophy cabinet and lead Scaloni’s side to World Cup glory and clinch the trophy that has eluded him for most of his career.

Messi has previously said that this will be his final World Cup but he’ll be needed by Argentina, with the blue and whites sitting in a tough group with Mexico, Saudi Arabia and Poland.