The start of the tournament was hot and heavy, but the Copa America has been speeding up at a rate of knots. The semi-finals pose two intriguing clashes, between hosts USA and favourites Argentina, last year’s champions Chile and the party animals of the tournament, Colombia.

Lionel Messi’s return has been managed well by Tata Martino, slowly bringing the forward though his recovery process from a back injury, and he started for the first time in the quarter-final clash with Venezuela on Saturday night, scoring and setting up two more as Argentina won 4-1.

He is the main reason the Albiceleste are the best bet to end their 23-year major trophy drought. With each passing game he is getting fitter and better, with US fans in Houston who may have been looking forward to seeing him in the flesh bracing themselves for his impact against their national team. His 19-minute hat-trick against Panama showed just what he is capable of. 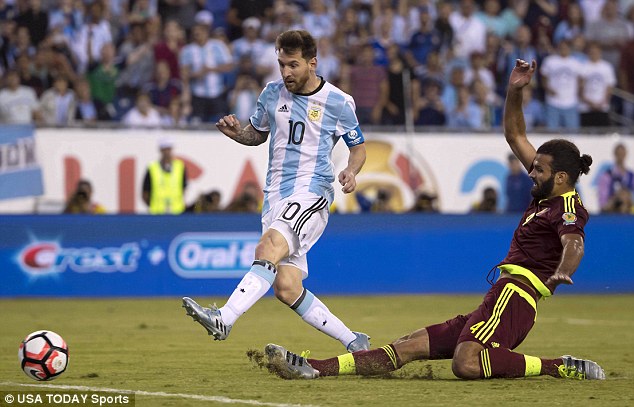 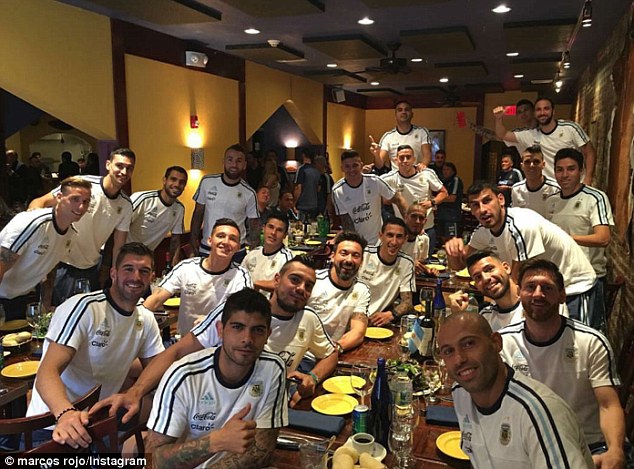 Angel di Maria, who was Argentina’s best player in the opening game against Chile, which Messi was out for, suffered an injury in that Panama clash but should return to the bench for the semi-final after recovering quickly from his thigh problem, while Sergio Aguero largely has to content himself with being a substitute.

That’s how strong Argentina’s attack is, with Gonzalo Higuain leading the line and finding his club form with a brace against Venezuela, while Ever Banega has been impressive behind in midfield, with Javier Mascherano and Augusto Fernandez providing clout, power and aggression one row deeper than him.

Usually Argentina’s weakest area is their defence, and that still has room for improvement, with Venezuela enjoying a period before half-time in which they could have scored four goals, but through bad finishing and bad luck, ended up with nothing but egg on their face after Luis Manuel Seijas’s pathetic Panenka penalty which Sergio Romero caught.

The Manchester United goalkeeper has played extremely well this tournament, making fine saves from Alexis Sanchez in the group and Salomon Rondon on Saturday night, among others, and has to some extent left his defence with more credit than they deserve.

Argentina’s opponents, the USA, arrive in the semi-finals as a surprise presence, despite being hosts.

After a limp, ineffective display against Colombia in their opening game it looked like the Copa America Centenario could end up being a humiliation on home soil, but Jurgen Klinsmann doubled down, picking the same team in the next two games.

They turned things around, crushing Costa Rica and squeezing past Paraguay to top the group, thanks to Colombia’s slip-up in their final game.

That gave them a tie against Ecuador in the quarter-final which they won, deservedly, inspired by Clint Dempsey. Although this tournament seemed like a chance for younger stars like Darlington Nagbe and Christian Pulisic to shine, the reality is that it’s the USA’s old guard who are shouldering the weight. Dempsey, at 33, is in fine form and has arguably been the player of the tournament. 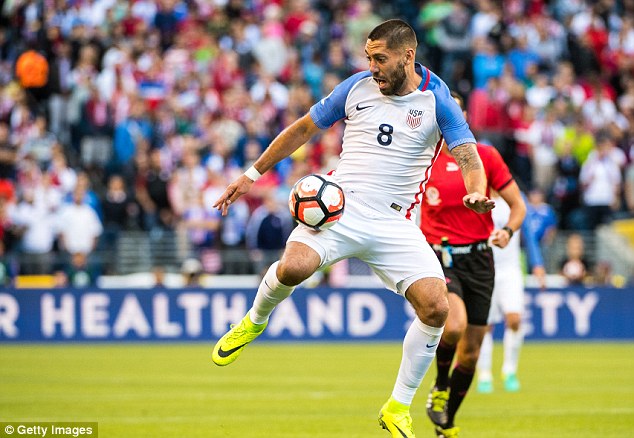 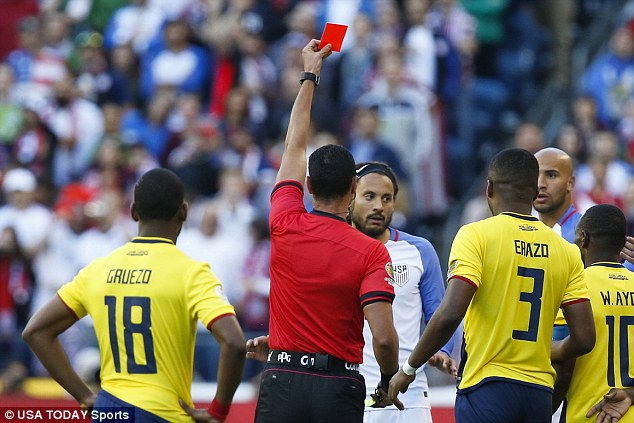 They head into their quarter-final clash with Argentina in an awkward position though. Jermaine Jones is suspended after receiving a red card, while Alejandro Bedoya and Bobby Wood are also banned following two yellow cards apiece. They have been three important players so far, with Klinsmann now forced to shuffle his pack, something he has been uncharacteristically unwilling to do at this tournament.

Realistically, their best bet of progress is keeping it as tight as possible and looking to score from a set-piece, with the prospect of penalties after 90 minutes with no extra-time an incentive for them to shut the game down.

They are in a win-win position; whatever happens in the match, they will leave this tournament having achieved what they were hoping for, even though many US fans also imagined this might be the start of a new era – it is actually affirmation of the current style. Athletic, physical, determined, but not tactically or technically astute.

One of those two teams will face Colombia or Chile in the MetLife Stadium, New Jersey, on Sunday June 26.

Colombia have shown frailties on the way to the semi-final but also the potential of their attacking force. Carlos Bacca with James Rodriguez, Edwin Cardona and Juan Cuadrado behind him add up to a quartet that lacks little, even though they couldn’t spark into gear against Peru in the quarter-final. 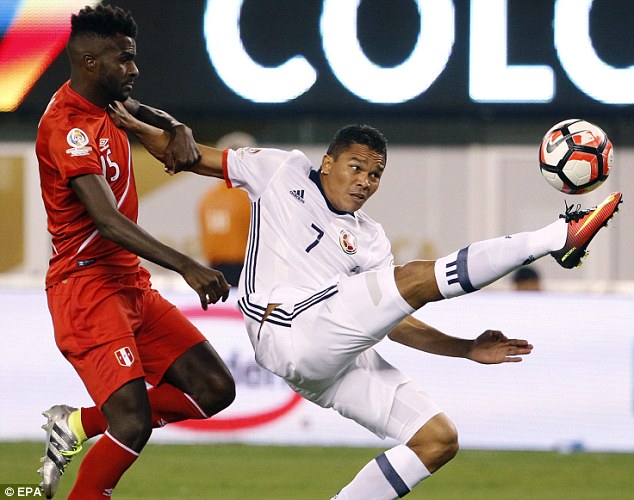 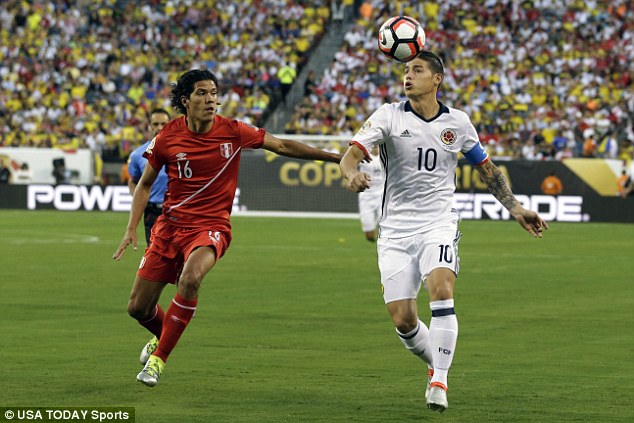 That was a grey game on the pitch, but off it Los Cafeteros dazzled. Along with Mexico they have the most passionate, colourful fans of the tournament, lighting up the stadia and, even more so, the parking lots outside.

Barbecues, discos, parties, beers, flags and inflatables have been shared at each venue Colombia have played at – a combination of their natural inclination and the US tradition of tailgating before sports games.

Colombia will be underdogs against Chile and it may just suit them. They have struggled to take the initiative in games against Paraguay, Costa Rica and Peru, but looked at their best when sitting back against the US and hitting them on the break.

However, any mistakes may be punished by a Chile team that have improved more than any other side from the start. At just three goals up against Mexico they looked like they were putting in the best display of the Copa, by the seventh there was no doubt.

Alexis Sanchez, Arturo Vidal and Eduardo Vargas have grown from game to game, culminating in the humiliation of one of the tournament’s best teams thus far.

Vidal for one has never played so consistently, impressing against Bolivia, dominating Panama and covering every blade of grass against El Tri. He was booked, for the second time this tournament, and will be a huge miss for the Colombia game. However, if his team-mates can pull through without him, Vidal will be fresh for the final.

Sanchez terrified Mexico, sucking defenders down black holes and leaving plenty of room for striker Vargas to hurt them. Which he did, netting four goals, to go with his two against Panama – he is the tournament’s top scorer now. 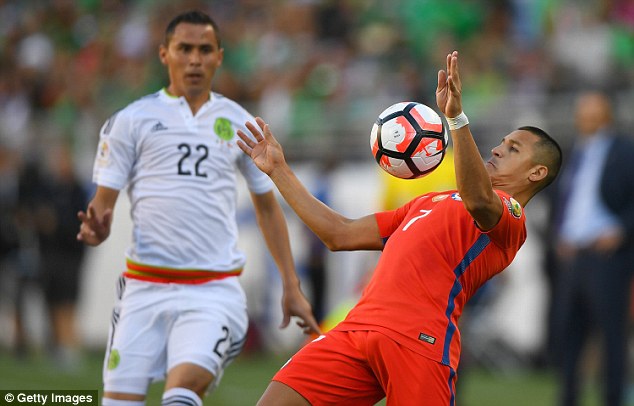 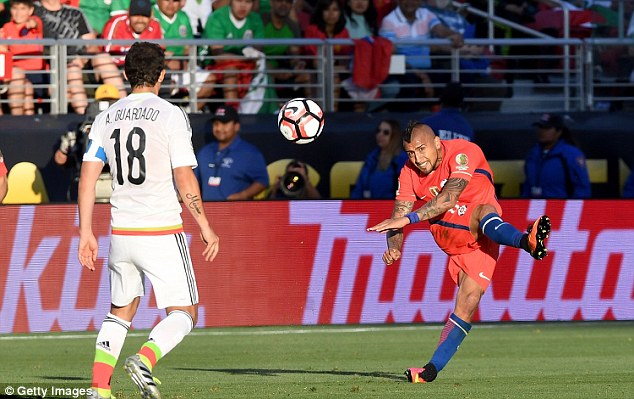 Unlike his predecessor Jorge Sampaoli, Juan Antonio Pizzi had struggled to get the best of La Roja, but everything came together on Saturday night and now Chile will genuinely believe they have what it takes to win the tournament for a second successive year.

The most likely final sees them take on Argentina in a repeat of last year’s, but given some of the surprises so far, like Uruguay and Brazil going out in the group stage, anything could happen.

The Copa America Centnario has had its problems, like long distances to travel and soaring temperatures to suffer through, but the quality of South America’s biggest stars has powered the tournament through to the final phases in a whirlwind of goals and incident, from Luis Suarez’s perspex-punching anger at not being brought on as a substitute, to Peru punching Brazil out of the tournament thanks to Saul Ruidiaz’s handball.

And by the end, perhaps one of the biggest wrongs of all may be righted.

Messi is slammed by critics for failing to cut it with his country. His goal against Venezuela which put him level with top-scorer Gabriel Batistuta on 54 international strikes, and his general performances should have put paid to that, but nothing speaks like silverware.

Now Argentina are two games away from doing something they have not managed for over two decades.