‘Thank you Papa Lionel!’: Argentina release a special Christmas advert showing a young boy finding the World Cup trophy under his tree after Messi’s heroics in the final – as they claim ‘the most precious gift is already at home’

Argentina have released a special Christmas advert which shows a young boy discovering the World Cup trophy under his tree – as they claim ‘the most precious gift is already at home’.

After Lionel Messi’s World Cup final heroics, Argentina were crowned champions for the third time in their history.

Since the thrilling final in Qatar took place against France, the national team promptly returned to joyous fans in Buenos Aires to parade the trophy – although the celebrations were cut short by ugly scenes of violence.

It’s believed the 35-year-old will now hole up in his Rosario home for Christmas, having been mobbed by fans on his return to the city he and Angel Di Maria were born in.

Messi was influential throughout the tournament in Qatar – and became the first ever footballer to win the Player of the Tournament award twice.

And now, to mark the occasion, a heartwarming video has been released which shows the young box unboxing the iconic trophy.

Alongside the video posted on social media, the caption said: ‘Thank you Papa Lionel’.

‘The most precious gift is already at home. Congratulations to all the Argentine people!’ 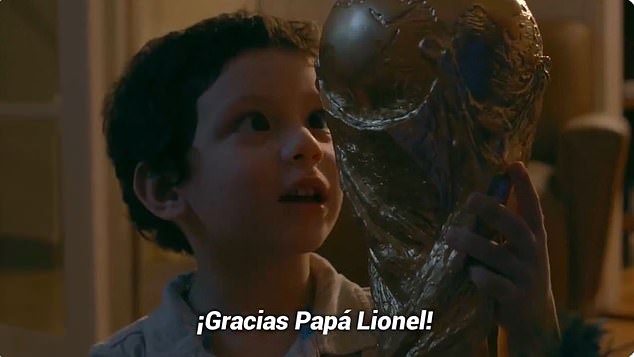 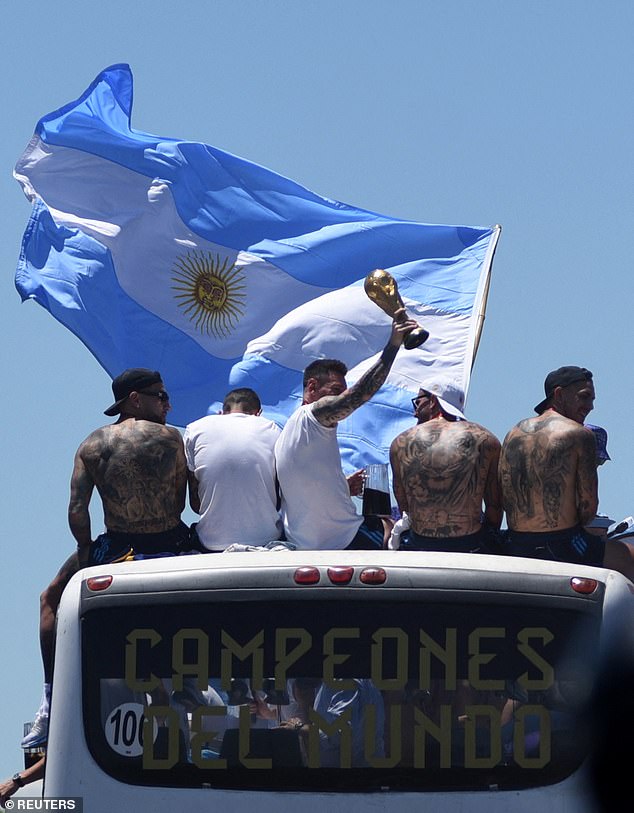 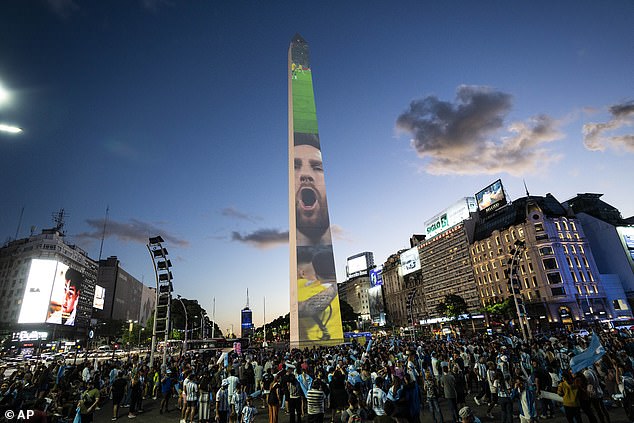 In Argentina, Santa Claus is known as Papa Noel, but it has been altered in tribute to the seven-time Ballon d’Or winner.

In the video, the wide-eyed young boy can be seen rushing down the stairs before he is mesmerised by a huge gift wrapped up in red ribbons.

He carefully unravels it and opens the box – at which point he is greeted with the glistening gold masterpiece that is the World Cup trophy.

In utter disbelief, he picks up the trophy and exclaims ‘Gracias Papa Noel’ before kissing it. 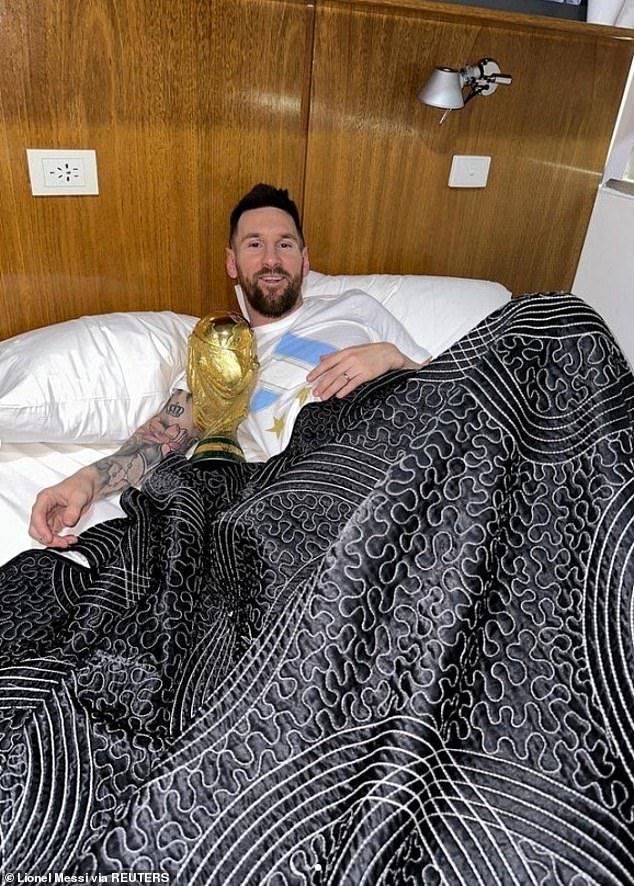 Having eluded him his whole career, Messi has not let the World Cup trophy out of his sight

The World Cup is one trophy that has eluded Messi his whole career – including in 2014 when Argentina were defeated by Germany in Rio.

This year’s final went down as one of the greatest ever seen with Messi scoring the opener from the penalty spot before Angel Di Maria doubled Argentina’s lead before half-time.

And while it looked like the trophy was all but secured, France’s superstar Kylian Mbappe took the game to extra-time with a late quick-fire brace.

During extra-time, the PSG stars each scored again to take the game to penalties but it was Messi’s Argentina who triumphed in the end and in turn gave the nation the best Christmas present they could have wished for.