Argentina’s ability to ensure the safety of world leaders has been called into question after the shocking violence which led to the the suspension of the south American equivalent of the Champions League final.

Donald Trump, Vladimir Putin and Theresa May are due to jet to Argentina later this week for the G20 Buenos Aires summit – the 13th meeting of the the Group of Twenty – which kicks off on Friday.

The city’s police have already proved themselves unable to protect the stars of Boca Juniors, including former Man U striker Carlos Tevez, who were attacked by hooligans from bitter rivals River Plate after their team bus was ambushed ahead of the second leg of the Copa Libertadores final between the teams.

Several Boca players were injured by the attack and some also suffered the consequences of police use of tear gas and pepper spray outside the vehicle. 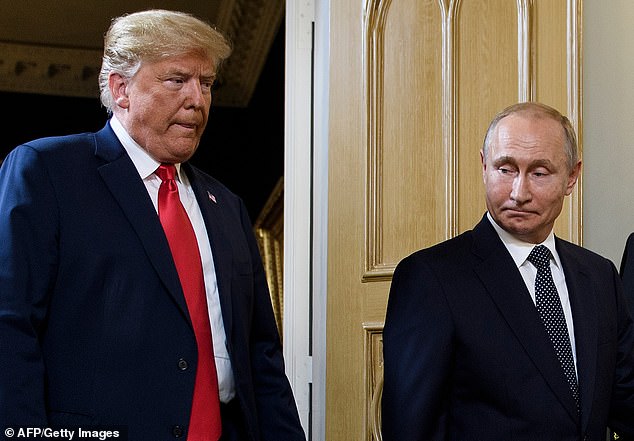 Tevez reportedly vomited after being rushed off the bus and was filmed clutching at his throat and appearing to have difficulties breathing as he was helped to Boca’s dressing room at River Plate’s Monumental stadium.

Two players including Boca captain Pablo Perez were taken to hospital with cuts and eye injuries after the attack on their team coach.

The match was due to be played at 8pm UK time on Saturday night but was put back 24 hours before being suspended again.

It is now expected to be played on December 8, although there is no official confirmation. 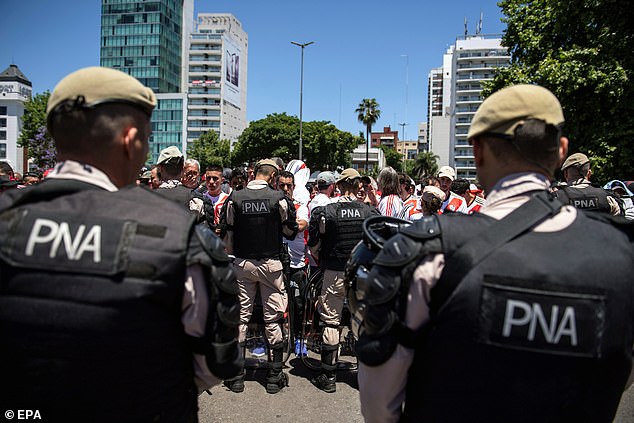 Argentinian prosecutors are investigating claims the violence yesterday/on Saturday was orchestrated by a notorious River Plate ‘Barra Brava’ fan linked to hooliganism after cash and 300 match tickets due to be sold on the black market were seized during a police raid on his home.

He said: ‘They couldn’t look after the Boca Juniors bus properly and they want to protect the leaders of the world’s most important nations!!!

‘Suspend the G20 summit you fools, you’ve still got time.’

Lawyer and politician Victoria Donda added: ‘The Security Minister can’t ensure the Boca Juniors squad reaches the Monumental stadium safely and she wants us to believe she’s capable of organising the G20 summit.’ 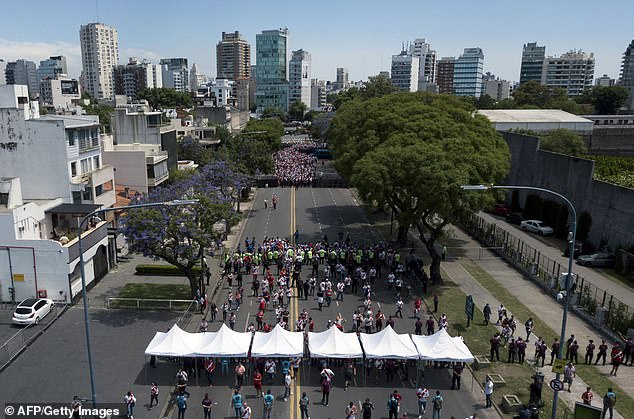 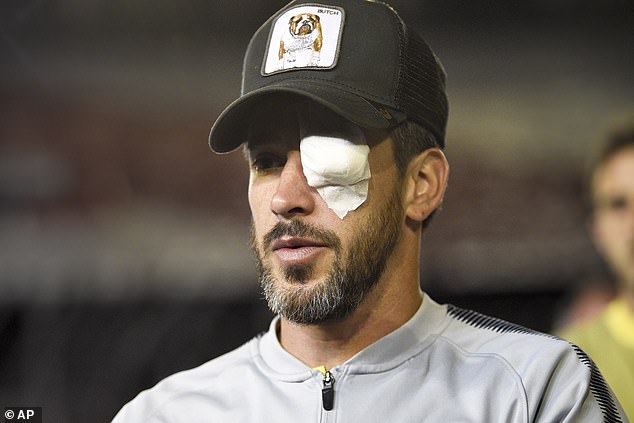 Pablo Perez of Argentina’s Boca Juniors, wears an eye patch, after the final of the Copa Libertadores was rescheduled for Sunday

Critics including well-known Argentinian actors and TV presenters took to Twitter to voice their disbelief at the ease with which River Plate hooligans were able to get so close to the Boca players’ bus as it neared the stadium where the second leg of the Copa Libertadores final was due to be played.

Many retweeted the claims of Patricia Bullrich earlier this month which have now come back to haunt her, when she played down fears of chaos ahead of the River-Boca duel by insisting: ‘We’re going to have the G20 summit so the Boca River clashes seem pretty minor to that.’

A veteran security consultant tweeted: ‘With all due respect, how can they organise and protect the G20 if they can’t guarantee safety at a River-Boca football match.’

Mauricio Macri, a former president of Boca Juniors, is due to hold bilateral meetings with Theresa May and Donald Trump during the G20 summit.

The British PM and her Argentinian counterpart will talk about the Falkland Islands.