The World Cup quarter final between the Netherlands and Argentina has descended into chaos after a brawl on the pitch.

It came after Leandro Paredes followed a robust challenge on Nathan Ake by booting the ball toward the Dutch subs bench, at which point players from all sides rushed around him.

Virgil van Dijk was then booked after landing a firm shove on Paredes, as the referee appeared to lose control of the game. 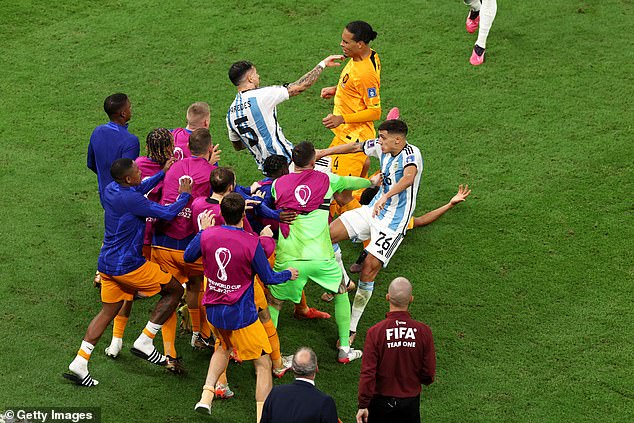 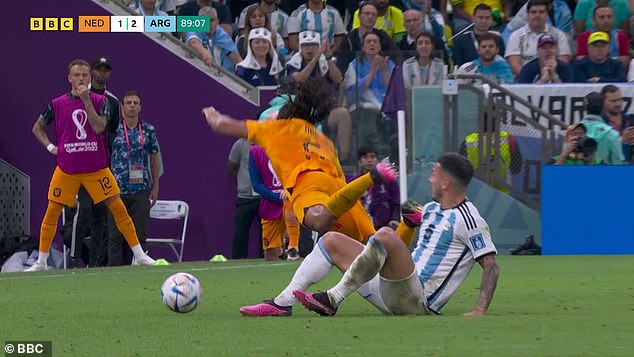 Argentina were winning 2-1 when the incident happened, but the Netherlands ended up taking the game to extra time in the final minute of injury time strike from Wout Weghorst that completed his brace.

Lionel Scaloni’s side had previously looked to be in a comfortable position, as a goal and an assist for Lionel Messi put them 2-0 up before Weghorst’s first goal in the 83rd minute.

There was another clash between players after full time, with Nicolas Otamendi handed the 12th yellow card of the game.

Fans seemed particularly frustrated with referee Mateu Lahoz, with one labelling him the ‘worst I’ve seen at a World Cup.’

Others labelled him ‘disgraceful’ an ‘terrible’ as the game broke down over the heated incident.