Eating cheese just before bedtime might give you more pleasant dreams, but it will not affect the quality of your slumber — unlike arguing and checking your phone.

This is just one of the sleep-related myths being busted by NHS doctor and UK television personality Ranj Singh to promote a healthier night’s rest.

Other activities to avoid right before turning in for the night include exercising, eating large meals and drinking caffeinated beverages.

Dr Singh also notes that the notion everyone requires a solid eight hours of sleep is misleading — with needs actually varying, from 7–9 hours each night.

According to recent research from Kings College London, 60 per cent of Britons have had worse sleep since lockdown began, with 16–24 year olds most impacted.

‘Sleep is as vital to good health as diet and exercise — and it’s often easier — yet many people believe in popular myths and rely on home sleep remedies, which may not work,’ said Dr Singh, who serves as ‘sleep ambassador’ for Furniture Village.

‘While the general impression is everyone needs eight hours of sleep, different people require different amounts

‘Some people need less and others more,’ he continued.

‘The common myth that eating cheese effects sleep actually has no impact at all and in reality may be associated with more pleasant dreams.’

‘While having a small snack before bed is usually fine, a large meal can make it uncomfortable to lie down and keep you awake.’

‘Electronics should also be avoided for at least an hour before bed as the light emitted by devices can interfere with the sleep-inducing hormones that our brains produce.’

‘If you can’t sleep, it can help to do something else — like reading, ideally on a non-electronic screen — for a short period of time before trying again.’

Dr Singh’s advice follows a study commissioned by Furniture Village, who polled 2,000 British adults about the factors they felt gave them a bad night’s rest.

They found that people commonly complained about being too hot or cold at night, having to get up to visit the lavatory and feeling too stressed to fall asleep.

However, researchers also identified a number of common misconceptions. For example, 14 per cent of people said that reading before bed was bad, while 11 per cent said that cheese should be avoided late at night.

According to Dr Singh, however, there is little evidence to support the idea that cheese leads to vivid dreams and nightmares — and, in fact, such is a source of B vitamins which can instead help you sleep well.

Similarly, he added, reading — as long as not done on an electronic screen — can be a great way to wind down and guide you into ‘the arms of Morpheus’. 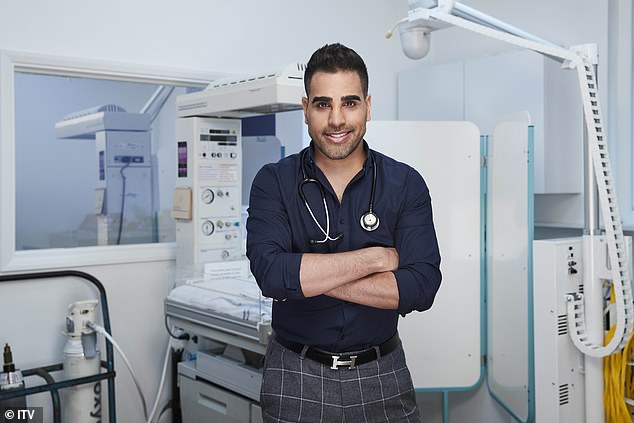 ‘Sleep is as vital to good health as diet and exercise — and it’s often easier — yet many people believe in popular myths and rely on home sleep remedies, which may not work,’ said Dr Singh, pictured, who serves as ‘sleep ambassador’ for Furniture Village

The survey — conducted by OnePoll — also found that around 43 per cent of adults struggle to sleep and a third even seek out advice on how to get more ‘shut-eye’.

In additions, the respondents reported taking around half an hour to drift off on average — and awake twice during the night.

Two-out-of-five adults believe that their sleep quality has gotten worse with age — while 63 per cent said that they struggle to sleep in beds, like those in hotels or in other people’s guest rooms, that are not their won.

The study also found that only 19 per cent of people believe that one’s overall diet has an impact on sleep quality and only 10 per cent felt the same about smoking — despite both of these being true, Dr Singh added.

‘In these uncertain times, people are focused on both the quality and the quantity of their sleep, with many seeking out strategies — which may or may not work — to help them sleep better,’ a spokesperson for Furniture Village said.

Dr Singh ‘has helpfully debunked some of the more common myths around sleep, like eating cheese before bed and getting a strict eight hours of sleep every night.’

‘As well as before-bed routines and night time habits, we know that the quality of an individual’s sleep can also be affected by his or her bed and mattress.’

More of Dr Singh’s tips for getting a better night’s sleep can be found on the Furniture Village website.