Ariana Grande documented her Friday tour through NASA’s Johnson Space Center based out of Houston.

‘Thank you for the coolest day of my life @nasa,’ the thank u, next singer, 25, said on Instagram Sunday. ‘My mind is still processing and devouring every second of what just happened but I can’t wait to share more. What a special day and experience.’

During her time at the Johnson Space Center, Grande donned an orange spacesuit, floated in a gravity simulator, toured the state-of-the-art facility and posed for pictures with employees.

The right stuff: Ariana Grande, 25, documented her tour through NASA’s Johnson Space Center based out of Houston on Saturday

She took a ride in a roving vehicle, calling it ‘the coolest thing [she’s] ever experienced,’ describing it as ‘some kinda rover that be going all kind surprise directions.’

Grande, who also got on video chat with astronauts on International Space Station, wrote that she was overwhelmed for the better on the day.

‘My mind is still processing and devouring every second of what just happened,’ she wrote, ‘but I can’t wait to share more.’

The 7 rings singer expressed her gratitude to the aerospace agency for their accommodations as she passed through Texas on her Sweetener tour, playing for more than 15,000 fans at San Antonio’s AT&T Center Friday. 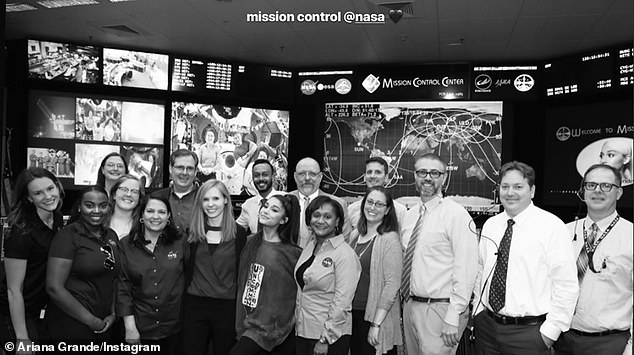 Best and brightest: The pop star posed for pictures with employees in Houston 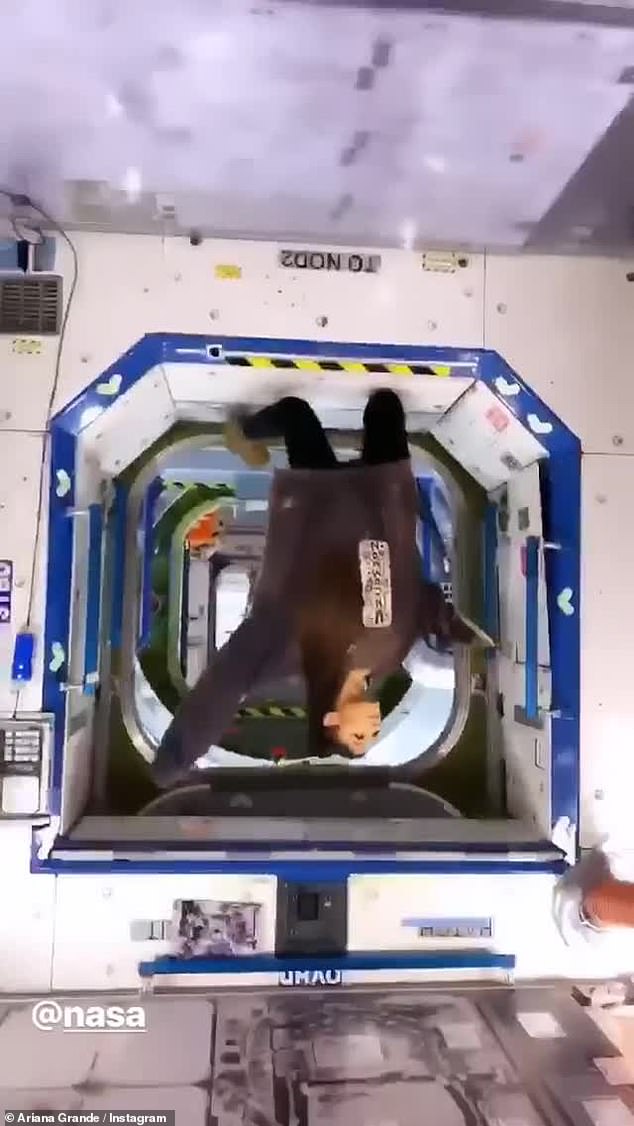 Upside down: The pop starlet went through gravity simulators during her tour 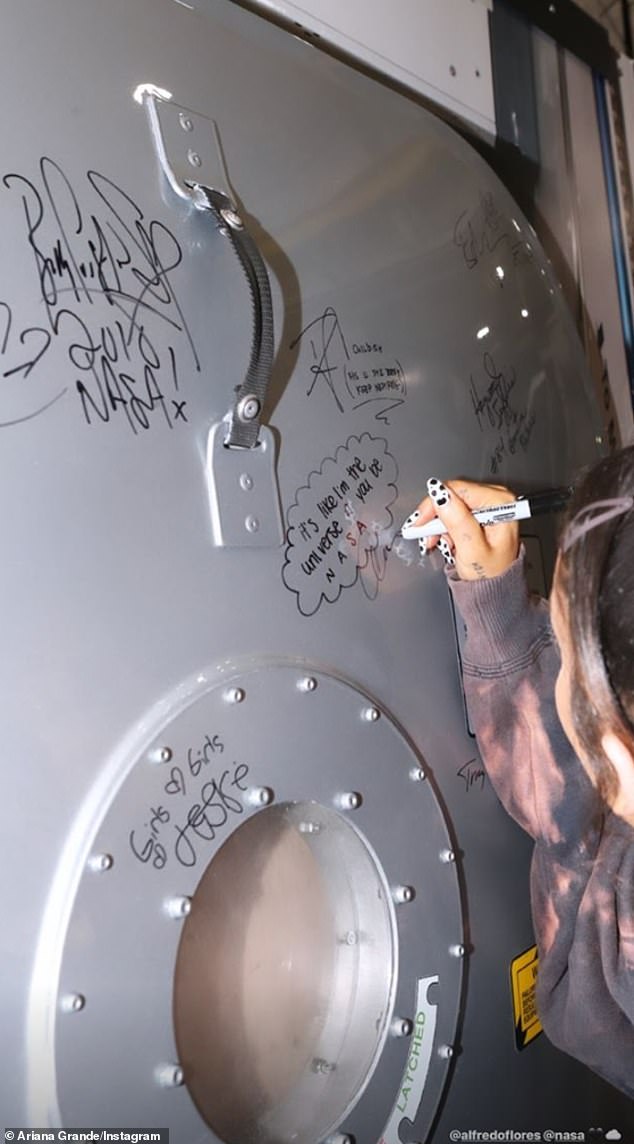 Making it official: The music superstar signed a hatch at the facility reserved for VIPs

‘Thank you so so so so much for your generosity and for showing my friends n I around,’ the Boca Raton, Florida native said.

A friend who accompanied the Grammy-winning performer played DJ on the occasion, playing Grande’s song NASA as the group toured the facility.

The Monopoly singer remained in Houston on Sunday for a gig at the Toyota Center, and was slated to be in the Lone Star State through Tuesday for a concert in Dallas at the American Airlines Center. 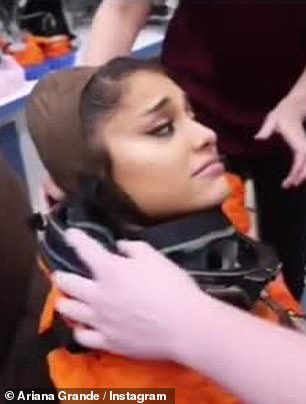 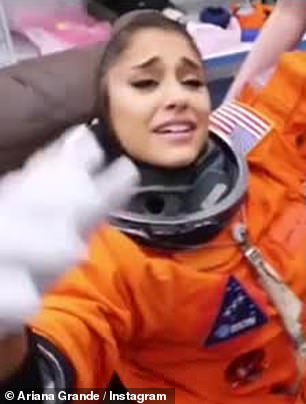 Ready to go: Grande donned an orange spacesuit as she prepared for space-related activities 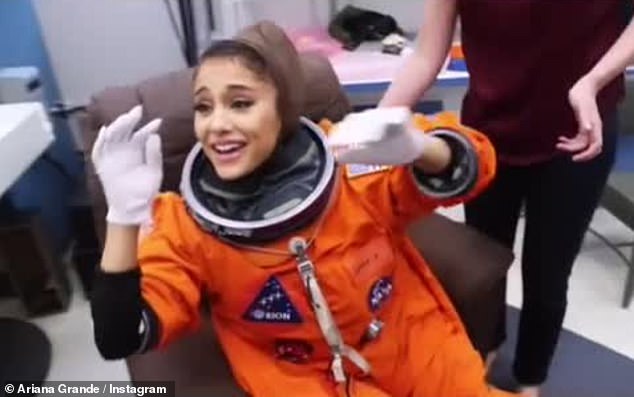 Overwhelmed: Grande said, ‘My mind is still processing and devouring every second of what just happened but I can’t wait to share more’ 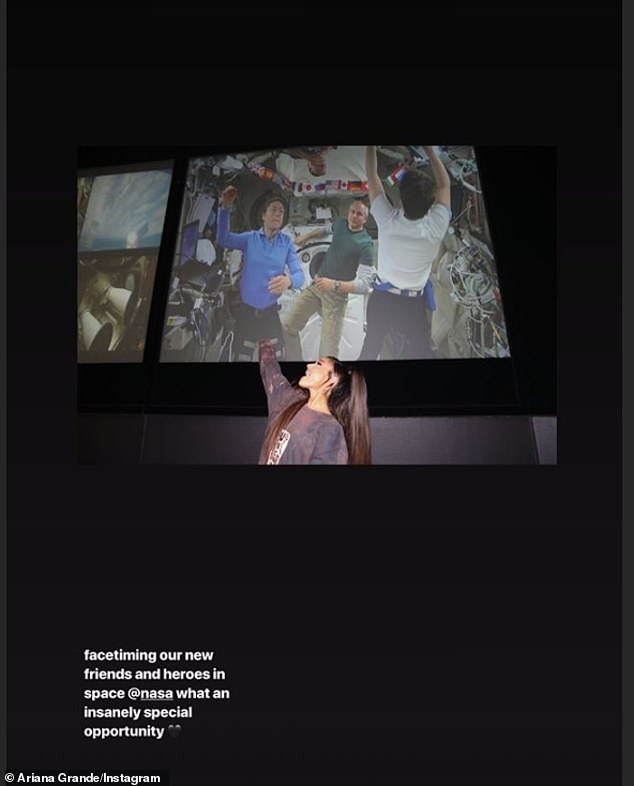 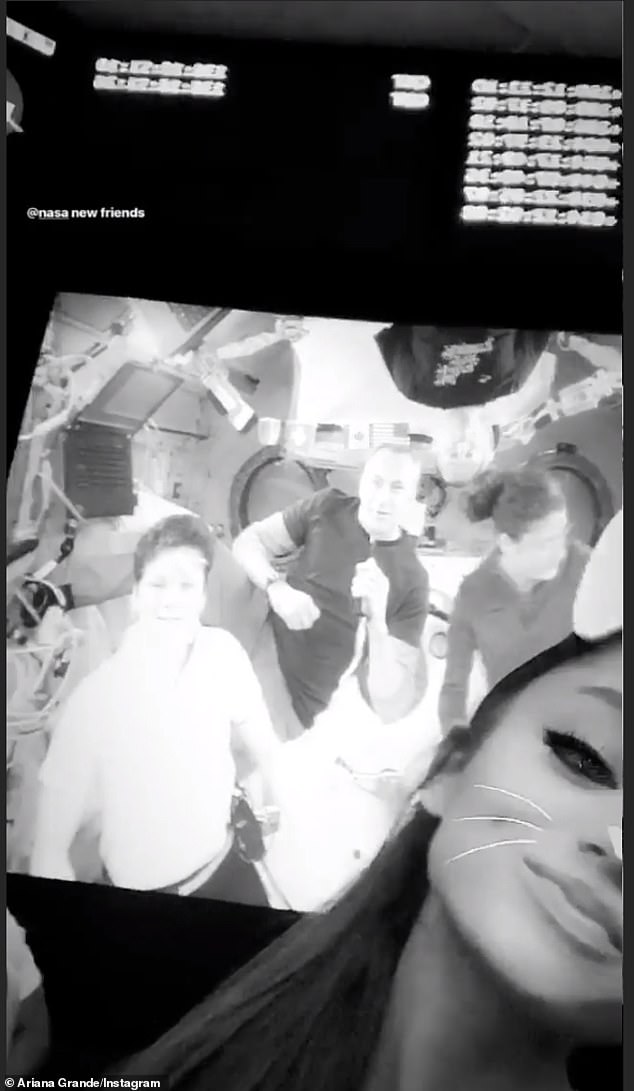 Lovely in the Lone Star State: The Monopoly singer remained in Houston on Sunday, as she was slated to play a gig at the Toyota Center