Ariana Grande is reportedly in talks to headline Manchester Pride 2019, according to The Sun.

A source told the publication that the 25-year-old American songstress is planning to appear the famous Pride event in August next year, on a break away from her upcoming Sweetener world tour.

The show would mark Ariana’s return to Manchester for the first time since her One Love benefit concert in June 2017, which came following a terror attack at one of her concerts which left 22 people dead.

Next venture: Ariana Grande is reportedly in talks to headline Manchester Pride 2019, according to The Sun

The source said: ‘Manchester holds a very special place in Ariana’s heart and she’s made it clear she wants to do whatever she can for the city.

‘She was in talks to ­perform at Manchester Pride this year but ­unfortunately they just could not make it work due to various reasons down to space and security.

‘It is going to be really ­special if it does work out, particularly given how much Ariana means to everyone in the city.’

MailOnline has contacted representatives for Ariana Grande and Manchester Pride for comment. 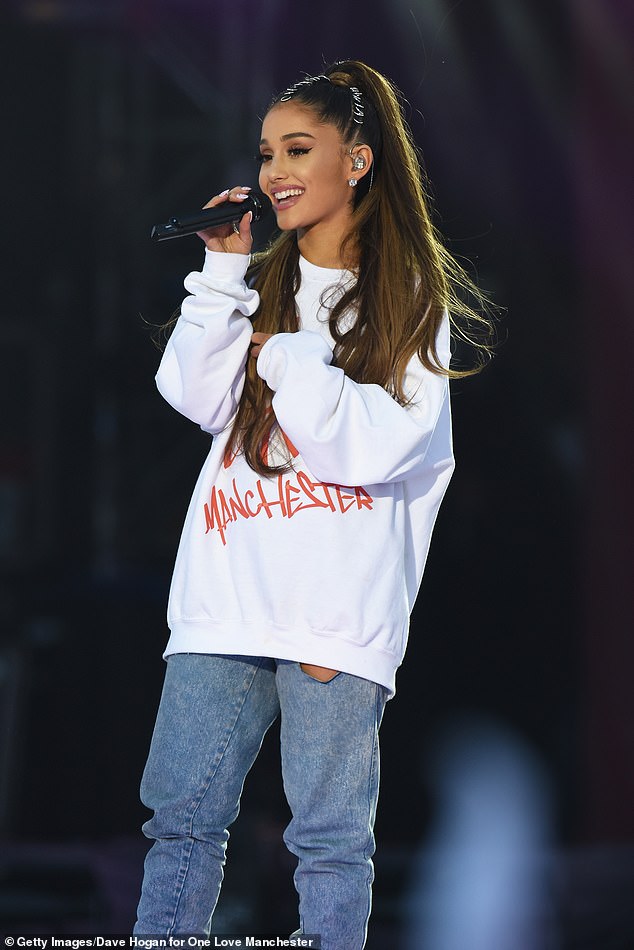 She’s back: A source told the publication that Ariana is in talks to appear at the Pride event in August next year, marking her return to Manchester two years after her One Love concert

Ariana last appeared on-stage in Manchester when she organised the One Love concert last year, which aimed to raise funds for the families of victims of the terror attack which had come two weeks earlier.

The concert saw all manner of stars take to the stage at the Old Trafford cricket ground, including Coldplay, Katy Perry, Liam Gallagher, Justin Bieber and Robbie Williams.

On May 22nd last year – minutes after her show at the Manchester Arena ended – a suicide bomber detonated an explosive, leaving 22 dead and hundreds injured. 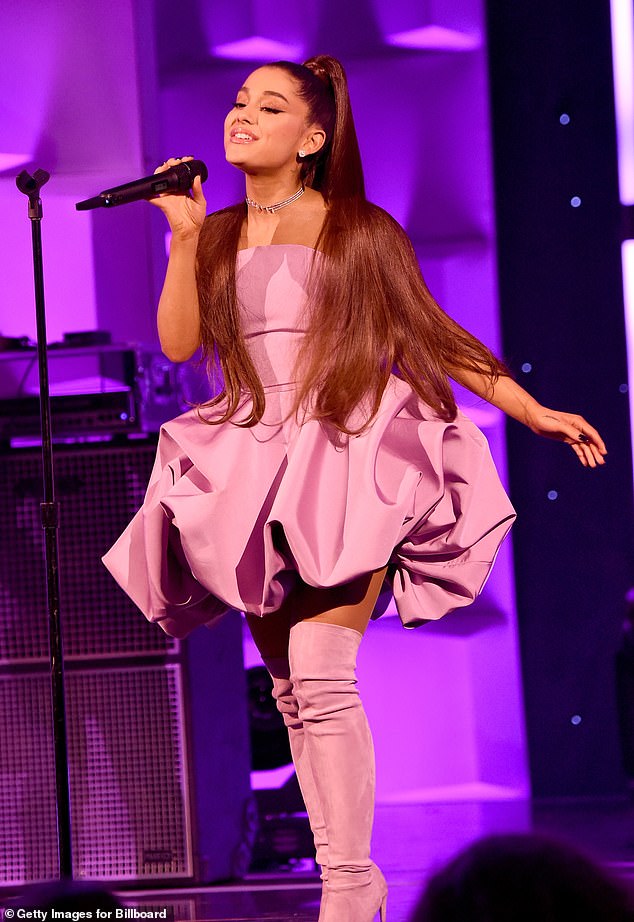 Tough time: Ariana had previously said she held off confirming Manchester dates for her Sweetener World Tour, teasing she had something ‘special’ planned

Ariana made the brave decision to return to the city for the benefit concert, which raised more than £17 million, and saw the entire audience that attended her previous show in attendance.

She also recently explained that she had held off announcing dates for her Sweetener tour in Manchester, but did tease she had something ‘special’ planned.

The Dangerous Woman songstress is already set to perform three shows at London’s O2 Arena in August 2019, and recently added more dates for Sheffield, Birmingham and Glasgow in September. 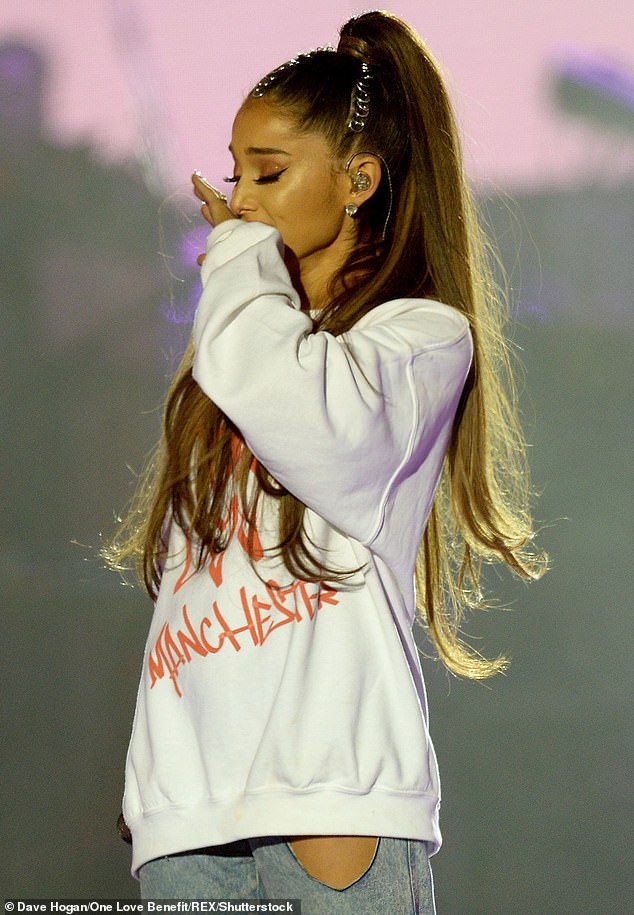 Emotional: Two weeks after the terror attack at one of her concerts, Ariana organised One Love Manchester to raise money for the victims (above in June 2017)