By Ashley Hume For Dailymail.Com

The 28-year-old Bang Bang singer shared a teaser promo for the singing competition show’s upcoming Battle Rounds to her Instagram page on Saturday.

‘whooooooo do you all think my battle advisor is @nbcthevoice?,’ Ariana wrote in the caption, prompting her following to weigh in with their guesses.

‘i’ll give you a hint: she’s the greatest human being on earth,’ Grande added.

The Voice judges including Kelly Clarkson, Blake Shelton and John Legend, also appeared in the video alongside their respective Battle advisors.

The mystery advisors’ images were muzzed and their voice were distorted with question marks superimposed over their faces, in an attempt to conceal their identities.

Ariana, who was clad in a purple swirl triangle halter top with pearl drop earrings, was sitting beside her pixelated mentor as they held hands.

The Thank U, Next hitmaker held a white binder and read a question to her mystery advisor, giving fans a hint at her identity. She asked, ‘What are some of your musical influences?’ 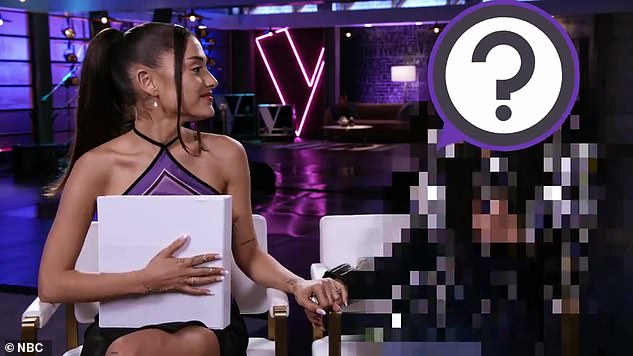 Exciting: The 28-year-old Bang Bang singer shared a teaser promo for the upcoming episodes to her Instagram page on Saturday 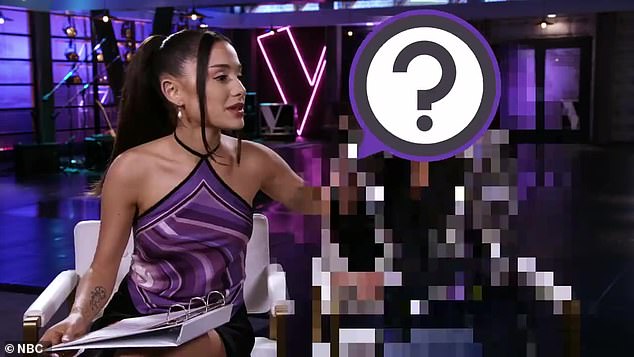 Who could it be? Ariana, who was clad in a purple swirl triangle halter top with pearl drop earrings, was sitting beside her mentor as they held hands

‘My musical influences range starts with Dolly Parton, Carol Burnett, Madeline Cahn, it goes into Julie Andrews, it goes all the way down to where I sit right now with you, Ariana Grande,’ they answered.

‘That was a beautiful answer. Hold on, I need to hug my distorted advisor,’ Ariana said before leaning in to embrace her advisor.

Fans immediately guessed that Grande’s advisor was Tony Award-winning actress Chenoweth based on the musical influences the ‘distorted advisoer’ had listed.

In 2012, Chenoweth gushed to The Baltimore Sun that ‘Julie Andrews was a huge influence’ on her, as well as several other well-known female industry figures. 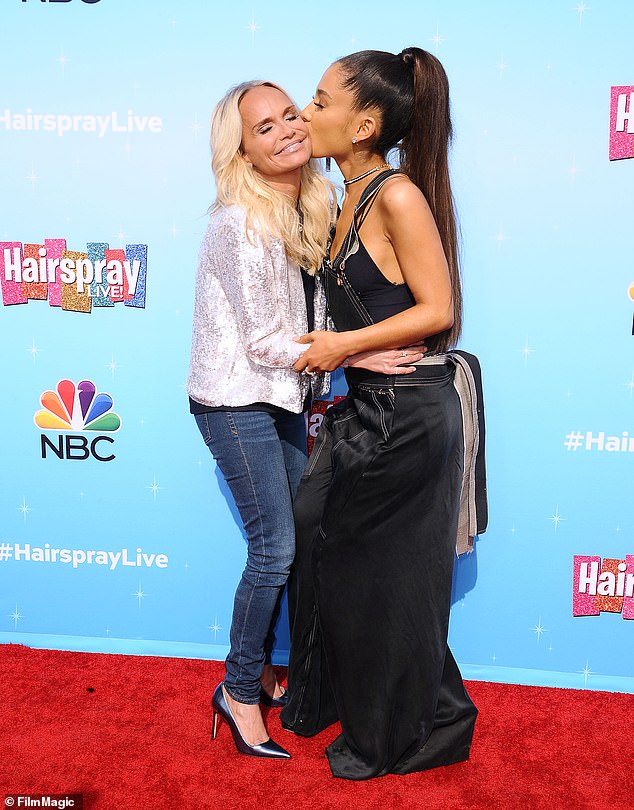 Gave it away? Fans immediately guessed that Grande’s advisor was Tony Award-winning actress Kristin Chenoweth based on her answer about her musical influences; the pair seen in 2016

The Golden Globe winner continued: And Barbra Streisand, Carol Burnett, Madeline Kahn, Dolly Parton, Beverly Sills, Sandi Patty. Those might not have been the most popular things in Broken Arrow, Oklahoma, but those were my tastes.’

Ariana and Kristin famously worked together on NBC’s Hairspray Live in 2016. At the time, Chenoweth told InStyle magazine: ‘I met Ariana years ago when she was just a little girl.’

‘When I was in Wicked, she came backstage with her brother Frankie to meet me. We sort of just fell in love. And now we finally get to work together!’ 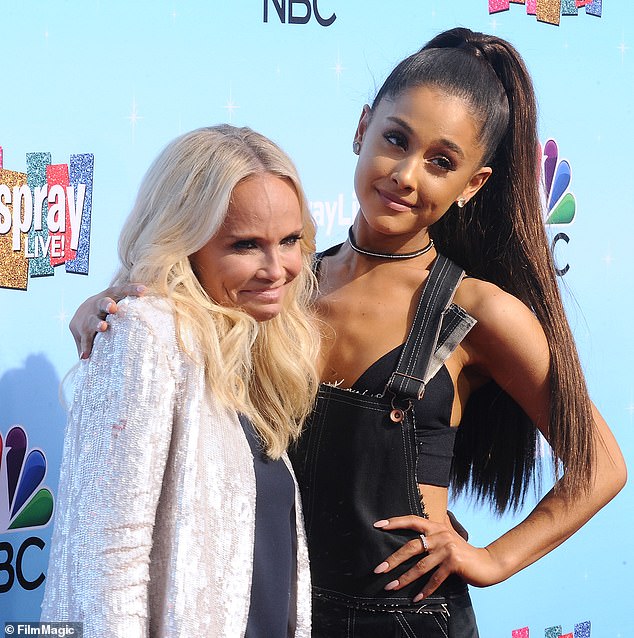 Longtime pals: Ariana and Kristin worked together on NBC’s Hairspray Live in 2016 but met when Grande was a little girl; the pair pictured in 2016