Investigators have launched a landfill search for the remains of a missing woman, whose boyfriend has already been charged with her murder.

Christine Mustafa, 34, disappeared in May after leaving her job at a Walgreens pharmacy in Peoria, Arizona, and her boyfriend Robert Interval Jr, 37, was arrested one month later.

But a body was never recovered in the case. Now police are combing through more than 1,600 tons of garbage in a painstaking search for Mustafa’s remains.

Dozens of Phoenix police officers began searching the SR-85 landfill last week, and the search resumed on Monday, with a midday meal for the searchers provided by the grateful Mustafa family. 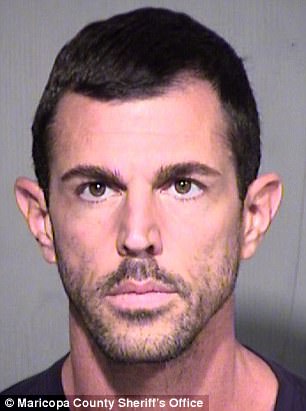 Christine Mustafa, 34, disappeared in May after leaving her job at a Walgreens pharmacy in Peoria, Arizona. Her boyfriend Robert Interval Jr, 37, was arrested one month later 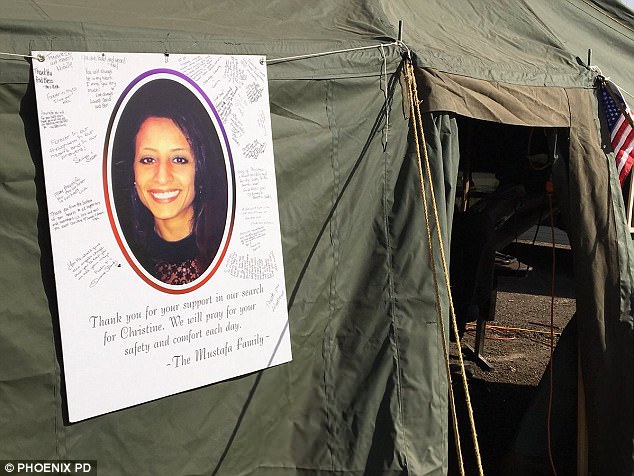 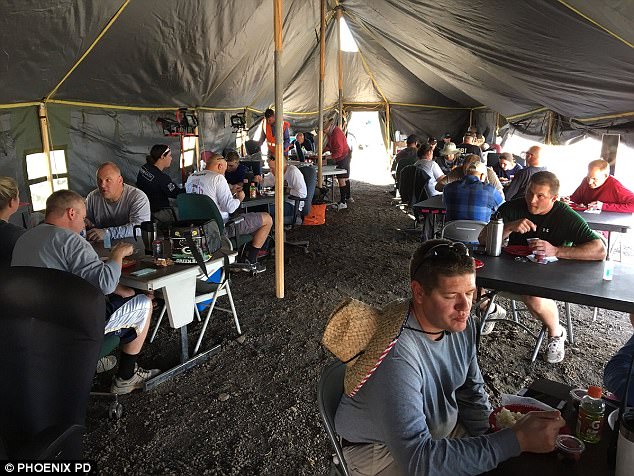 Dozens of Phoenix cops began searching the SR-85 landfill last week. The search resumed Monday, with a midday meal for the searchers provided by the grateful Mustafa family

‘Officers will spread out the garbage in lines and our detective and officers will use rakes to meticulously go through that garbage looking for any remains or evidence,’ a Phoenix police spokesperson explained to ABC 15.

Cadaver dogs and a forensic anthropologist are assisting with the search.

Investigators believe that bone fragments are likely all that remain of Mustafa, but have apparently received information allowing them to target their search within the landfill.

‘The searchers are being very meticulous. They’re taking their time because they do get one shot at this,’ a Phoenix police spokesperson said.

Mustafa has not been seen since leaving work on May 10.

Police say the boyfriend, Interval, called Mustafa, who is the mother of his eight-month-old daughter, that night and accused her of cheating on him before he threatened to kill her, according to court documents obtained by the Arizona Republic.

The suspect’s sister told authorities that Interval said to her ‘I took it too far’ and ‘I can never un-see the things I saw.’ 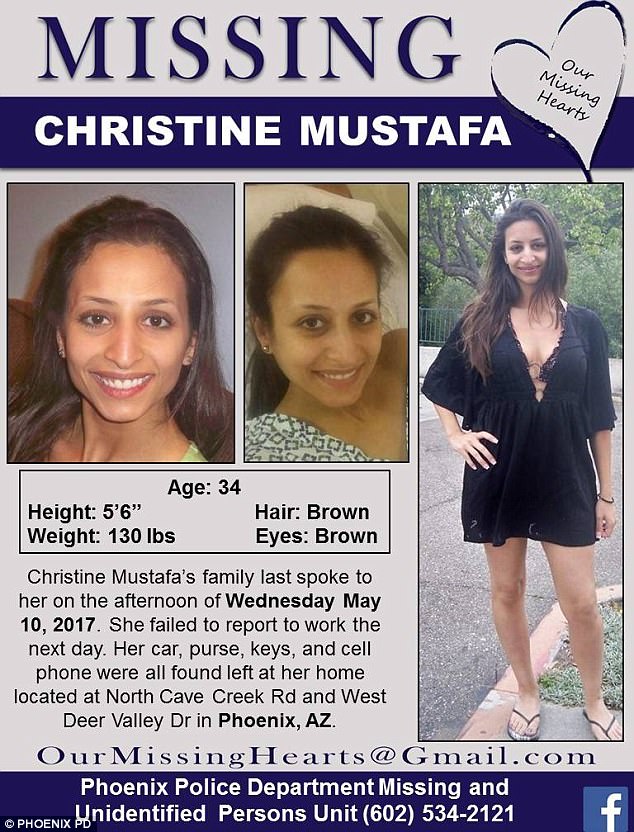 Mustafa missed her only day of work in 11 years on May 11.

Co-workers said Interval called Mustafa at work on May 10 around 1pm and threatened to kill her.

She left work about half an hour later, spoke to her family at 3pm, and failed to turn up the next day.

Her absence was highly unusual given she hadn’t missed a day of work in more than a decade, according to court document.

When police arrived at her home on May 11, they found her cellphone, purse and wallet on her bathroom floor wedged between the toilet and bathtub.

Interval turned up during the investigation, and told them Mustafa had walked to work earlier that morning because her car had a flat tire, even though her Nissan Cube was parked in the driveway with no apparent damage.

He then told police he thought Mustafa had been cheating on him, and that they had gotten into an argument over his accusations on May 10 and 11, according to court documents.

He denied any physical violence had occurred. 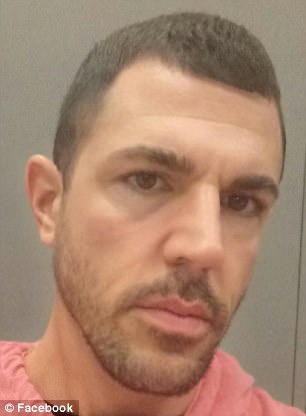 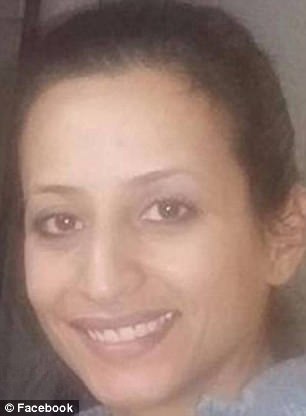 Interval’s sister, who visited him after the disappearance, told investigators her brother (left) claimed Mustafa (right) had attacked him and later said: ‘I took it too far.’

But his sister, who visited Interval after the disappearance, told investigators her brother claimed Mustafa had attacked him and later said: ‘I took it too far.’

His sister said Interval, who was acting ‘paranoid’, told her the mother-of-two had threatened to take their baby and leave Interval on May 10.

Mustafa’s family also said Interval had made death threats against the 34-year-old, who had been planning to move out and get a restraining order against him, according to court documents.

When police arrived at the home on May 12 to perform a welfare check on the couple’s eight-month-old daughter, Interval appeared at the front door with a loaded .40-calibur handgun, according to court documents.

The baby was removed from the home, and Interval told his sister he wanted to turn himself in once the child custody case was over, court documents stated.

Police then returned to the house on May 15 with a search warrant, and found pillowcases and bedsheets with ‘possible blood-stained material’, the court documents stated.

There was also blood, or other biological material found on the walls.

Jonathan Howard of the Phoenix Police Department told KTAR ‘there is a lot of witness evidence’, particularly from her family, which the police are ‘confident’ is accurate.

Interval was named a person of interest before he was arrested and booked on Thursday on probable cause.

An investigation is ongoing and Mustafa’s body has not yet been found.

Her family expressed their relief after Interval’s arrest. Her 15-year-old daughter, who she had with another man, is visiting family members in Jordan with her father.

Family members initially tried to hold off on telling the teen about her mother’s disappearance, and she traveled to the Middle East on May 12. She is said to be ‘devastated’ by the news, and remains in Jordan for the time being.

Her baby is currently in the custody of the state Department of Child Safety.

Interval is being held in lieu of a $1million cash bond. His next court appearance is scheduled for November 27.