This is the terrifying moment a woman realized she was being stalked by a man in a blacked-out SUV during her morning run.

Ominous footage shows McKenzie Smalley being followed around her neighborhood in Arizona, U.S., by the driver.

He shouted obscenities at her during the horrifying pursuit.

The nightmare began when McKenzie was happily responding to a friend’s Snapchat post, according to the Sun.

It was then that the ominous figure pulled up in his dark grey truck beside her and told her to ‘come over’.

She asked him to leave her alone and threatened to report him to cops.

‘I need you to stop following me right now – I don’t know you,’ she tells him.

But he was unfazed and no one stepped in to help her.

‘What you don’t see on the video is me telling him multiple times to please stop following me and me looking at other cars saying ‘I don’t know this man’ and nobody helping,’ she said.

The driver continued to follow her, laughing as he said ‘you’ve got me parking in the street’. 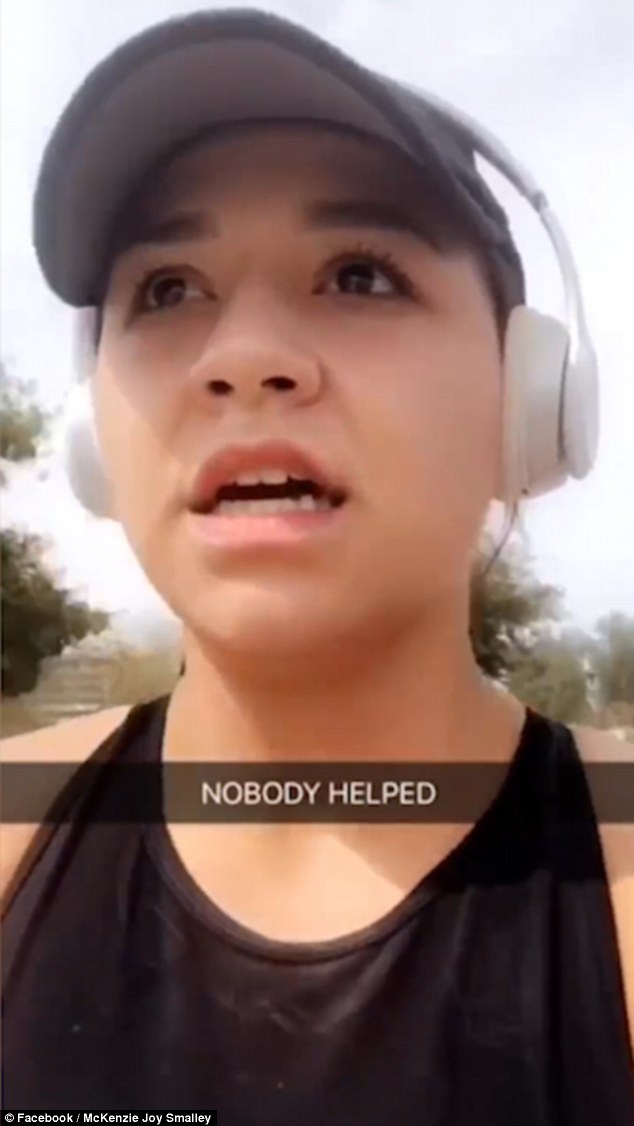 Ominous footage shows McKenzie Smalley being followed around her neighbourhood in Arizona, U.S., by the driver

McKenzie had to sprint away at full speed to get away from him.

‘I have no doubt he would have followed me my entire run if he could,’ she said.

She is now telling women to look out for each other and not just turn a blind eye when someone is in trouble.

‘Be the girls that stop it,’ she said.