Orlando Bradford was accused of 15 domestic violence-related offenses involving two ex-girlfriends who claimed he hit and choked them. He has since been sentenced to five years in prison after testifying that he did choke both women

An outstanding federal lawsuit against the University of Arizona has been amended to include an allegation that members of the school’s football team gang-raped female students and support-staffers.

Details about the allegations have not been revealed.

The lawsuit was originally filed in October and claims that multiple school employees knew about running back Orlando Bradford’s abusive history but did not report him or do anything to stop him until after he was arrested in 2016.

Bradford was accused of 15 domestic violence-related offenses involving two ex-girlfriends who claimed he hit and choked them. He has since been sentenced to five years in prison after testifying that he did choke both women.

About a year before Bradford’s arrest another one of his former girlfriends told campus police and a senior associate athletic director that he had choked her in the past.

The case was closed shortly thereafter without any charges being filed.

The school did issue a ‘no contact’ order to Bradford, but according to police reports, football players knew Bradford was abusing two other women over the ensuing months, but nobody reported him. 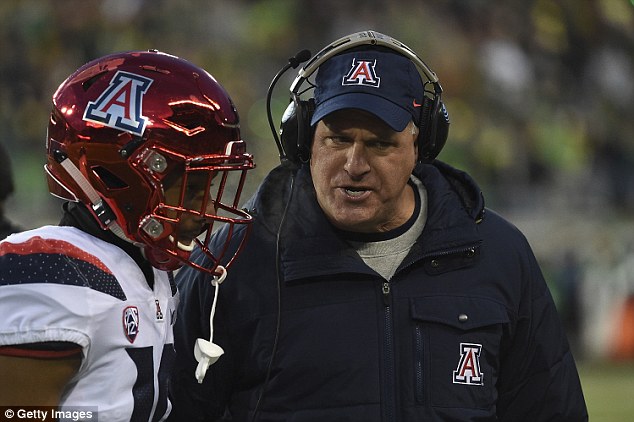 Now-former Arizona coach Rick Rodriguez was fired in January after he was named in a $7.5 million sexual harassment suit against the University

According to the new amendment in the federal lawsuit – one of two against the school filed by Bradford’s victims – claims football staffers discouraged anyone from reporting such crimes, promoting ‘promoted the success of the football program at the expense of the safety of female students on campus.’

‘Although UA received reports of this sexual harassment and violence, little, if anything, was done to stop it and/or take prompt action to redress the harassment, particularly if corrective action might have negatively impacted the potential success of the football program,’ the lawsuit says.

The football program was also involved in another recent lawsuit when now-former Arizona football coach Rich Rodriguez was accused of sexual harassment as well as creating and fostering a hostile work environment by his former administrative assistant, Melissa Wilhelmsen, who filed a $7.5 million lawsuit with the Arizona attorney general’s office.

Rodriguez has since been fired and replaced with Kevin Sumlin.

The most shocking allegation in that lawsuit had nothing to do with the Wilhelmsen, but rather with a former football star who played for the Wildcats – Zach Hemmila.

‘Rodriguez’s demand for secrecy included doing nothing about a player that needed help,’ read the Notice of Claim that was filed on December 28. ‘On August 8, 2016, football player Zach Hemmila was found dead from a painkiller overdose.

‘The evening before, Matt Dudek had taken Zach to Rodriguez telling him that something was wrong with Zach and needed help. But Rodriguez did nothing simply saying, ‘he’ll be fine.”

It is then noted: ‘Rodriguez’s knowledge of the extent of Zach’s issues was another secret Melissa had to keep.’

Rodriguez’s contract was set to run through the end of the 2020 recruitment season, and USA Today reported in December that he was the fifth highest-paid coach in college football.

As a result, he reportedly walked away with a $6.48 million payday.

Rodriguez ‘fully cooperated’ with the investigation he said on Twitter and submitted to and passed a polygraph test, while his accuser refused to speak with the team looking into the claims or ‘turn over communications that she alleged provided support for her allegations.’

‘The investigation, which concluded on December 28, 2017, found that the original specific harassment allegations against Mr. Rodriguez could not be substantiated based on the evidence and witnesses available to it,’ read the letter sent out in January.

‘However, Arizona Athletics did become aware of information, both before and during the investigation, which caused it to be concerned with the direction and climate of the football program.’ 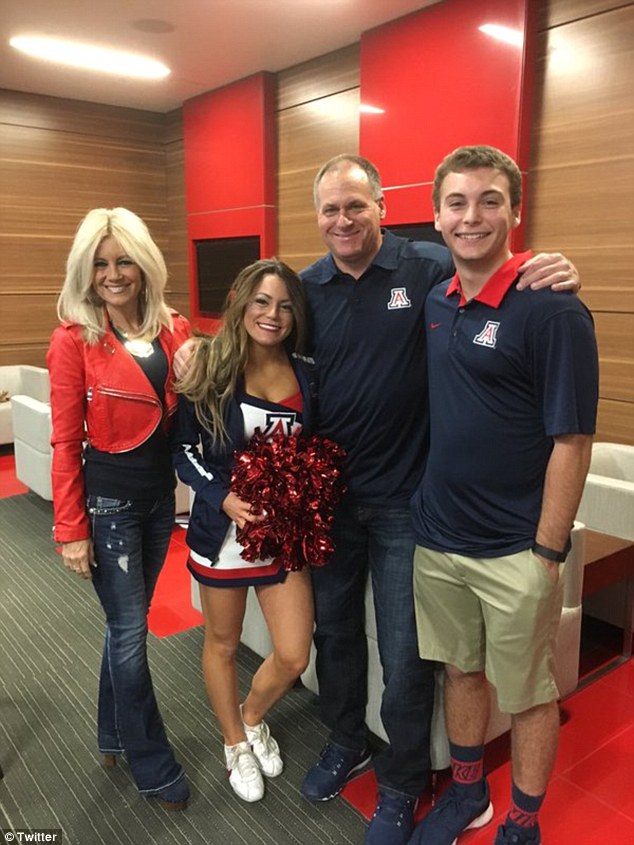 Rodriguez is claimed that the ‘information’ referenced by the school is a ‘consensual extramarital affair’ he had in the past with a non-university employee.

‘It was wrong and I apologized to my wife and family,’ said Rodriguez, who has been married to wife Rita for 28 years and has two college-aged children, Raquel and Rhett.

Raquel is a cheerleader at the University of Arizona and Rhett is on the football team.

It is unclear where Rodriguez may land next following his unremarkable six seasons with the Wildcats, which he capped off with a loss to Purdue in the Holiday Bowl last month.

He spent three season at the University of Michigan prior to taking the top spot at Arizona, during which time the team had two of its worst seasons in school history.

During that time the school failed to beat its two biggest rivals, Ohio State and Michigan State, and did not make it to a bowl game for the first time in 33 years.

Rodriguez was accused of habitually violating NCAA rules by multiple players who say the Wolverines were required to work out longer than the NCAA permitted at the time. He denied the charges, but the school’s auditors discovered that the athletic department staff failed to log players’ practice and workout schedules, in violation of NCAA rules.

Rodriguez was fired at Michigan in 2011.

After previously playing at West Virginia in early 1980s, he went on to coach the Mountaineers to a Sugar Bowl victory and the fifth-overall ranking at the end of the 2005 season. 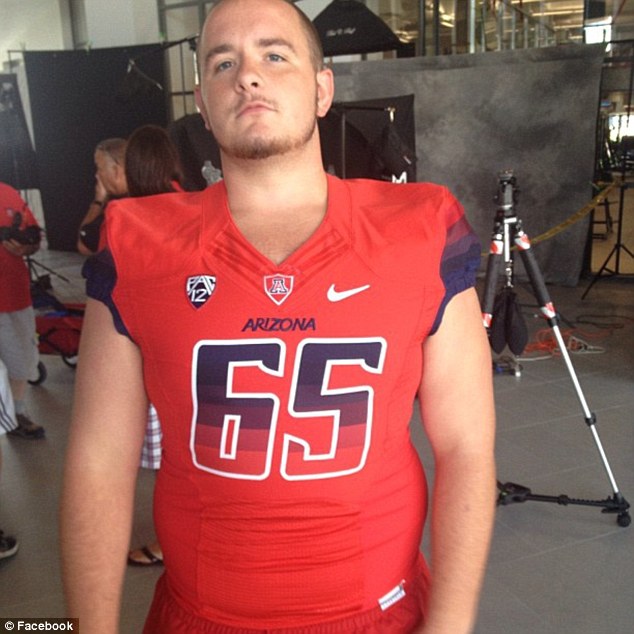 University of Arizona offensive lineman Zach Hemmila passed away in his sleep in August of 2016 as the result of an apparent overdose. In a sexual harassment lawsuit, Rodriguez was accused of refusing to do anything when told about Hemmila’s issues