A father-of-four is on a ventilator fighting for life three weeks after contracting West Nile virus from a mosquito in Arkansas.

Curtis Bridges, 34, from Helena-West Helena on the Mississippi border and just south of Memphis, Tennessee, came down with a fever and chills in September – right at the end of mosquito season – but at first he put it off as the flu.

After a few days, his condition deteriorated so dramatically that his wife Jennifer took him to hospital – but he was told it was just a flu and to get some rest. They replayed that scenario four more times: each time he was told not to worry, and once a doctor said it was likely a urinary tract infection.

But on October 29, Curtis became unresponsive, and had to be airlifted 120 miles to Little Rock for specialist care.

In the emergency room, tests showed he had West Nile virus, which only shows symptoms in about 20 percent of sufferers, and can be fatal.

Now, Curtis is on a ventilator with a feeding tube, and has a blood clot in his arm.

Curtis Bridges, 34, from Helena-West Helena on the Mississippi border, came down with a fever and chills in September – right at the end of mosquito season 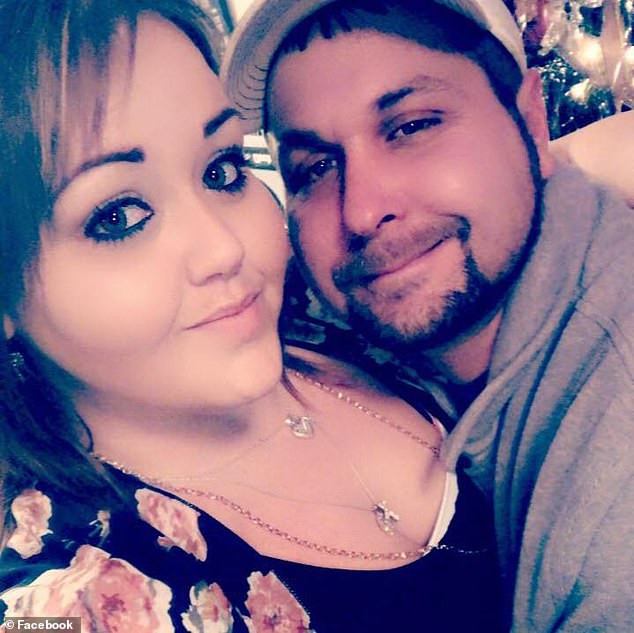 Jennifer is now on a feeding tube and ventilator; his wife has to travel 3 hours from their home on the Mississippi border to visit him in hospital

‘He’s too strong. He’s got four kids. He’s got too many reasons to let this stop him.’

Jennifer explained that after he got to hospital, Curtis transformed. He lost 40 pounds and is now incredible weak.

‘We were told he might not make it. He could be a vegetable for rest of his life and it could all come from a mosquito,’ she said.

West Nile virus cases are on the rise in the US, partly because of rising temperatures.

For most, there are no symptoms and no complications.

But for 150 Americans a year, it proves fatal. 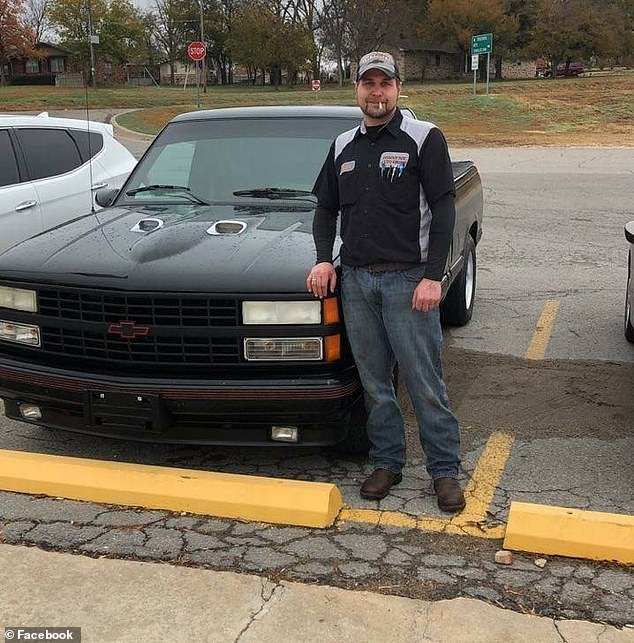 On October 29, Curtis became unresponsive, and had to be airlifted 120 miles to Little Rock for specialist care

The biggest risk for West Nile sufferers is that the virus hits their central nervous system. That’s when it can transform into a life-threatening neurological disease.

On Friday, Jennifer told supporters on GoFundMe that Curtis has ‘suffered a few setbacks’ but maintained that he will make it through.

After recent scans showed the virus had been cleared, doctors tried to take Curtis off his ventilator but he was too weak to breathe on his own, and then he aspirated water into his lungs, which can be a medical emergency.

‘This is going to be a long road, so please continue to pray for him,’ Jennifer said, adding: ‘Also, please pray for all those going through their own battles and struggles. We have met some of the kindest people here who have it a lot worse than we do.’

The GoFundMe page is raising funds for Jennifer’s travel costs, as she commutes 120 miles between Curtis’s hospital bed and her home in Helena-West Helena for their four kids.