Arkansas teacher, 26, who had sex with four of her students will not be jailed

Arkansas teacher Jessie Lorene Goline, 26, pleaded guilty to sexual indecency with a child charges Tuesday after she was accused of having sex with four students

A married Arkansas art teacher will not face time behind bars despite being accused of having sex with four of her pupils, including two on the very same day.

Jessie Lorene Goline, 26, seduced her students via sext messages and would take them to her apartment for intercourse.

On Tuesday she was sentenced to serve 42 months of probation for inappropriate relationships with four students while she taught at Marked Tree High School.

The former art teacher allegedly had sex with three students enrolled in the Marked Tree School District and another from East Poinsett County School District.

One of those students was underage. 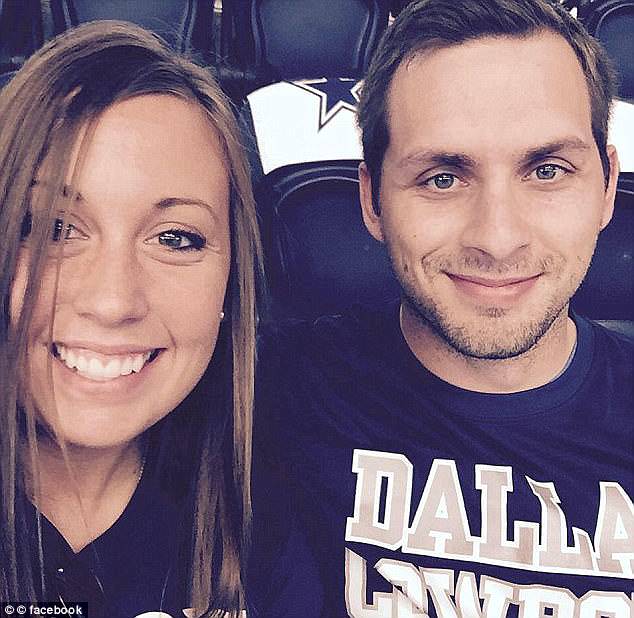 Goline, pictured with her husband, brought students back to her Jonesboro apartment for intercourse and allegedly had sex with two pupils on the same day

She claimed that she believed all of the students were 18 but only later learned one was ‘way younger than what he had told her’, according to the NY Post.

The inappropriate relationships unfolded from January to April 2016, when Goline would invite students to her Jonesboro apartment for sex.

In one rendezvous she reportedly drove home with a student from her class then brought him back to school after sex.

Speaking the authorities, the students revealed that the teacher had sex with one student the same day she took another to her apartment.

A victim speaking to authorities at the high school said Goline noted ‘how good he looked in class’, according to Arkansas Online. 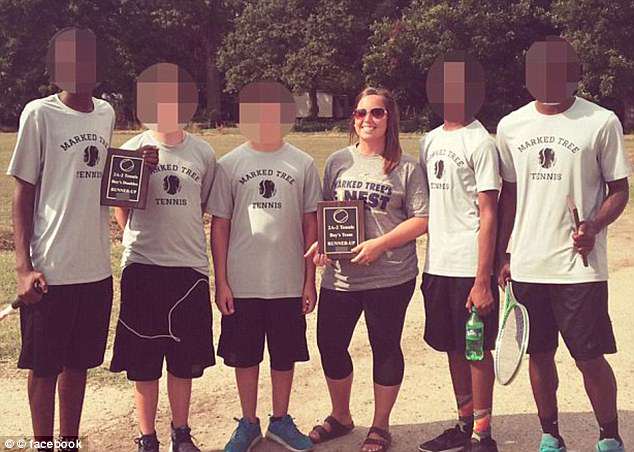 Goline, center with the Marked Tree Tennis team, allegedly seduced students by noting how ‘good they looked’ in class and sending sext images 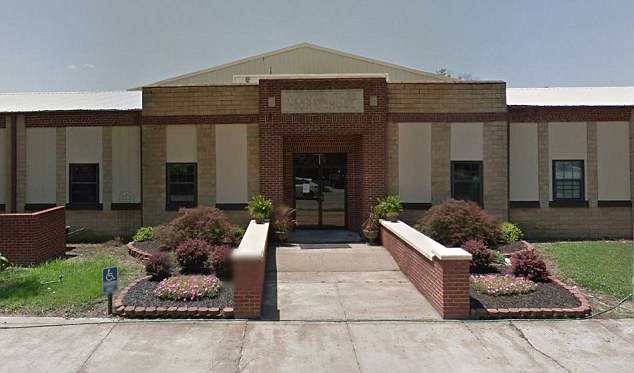 The teacher also reportedly sent the student a photo of herself wearing a thong underwear.

She was arrested September 2017 when the principal learned of her relations.

When confronted by Principal Matt Wright Goline replied, ‘I’m not going to lose my husband,’ according to WSFA12.

When he asked if she did anything inappropriate she admitted ‘We had sex’.

On Tuesday she agreed to plea guilty to sexual indecency with a child charges and will face three and a half years of probation.

She will also have to register as a sex offender.

She was placed on leave at Marked Tree High School last May.