NASHVILLE, Tenn. (AP) – A Tennessee sheriff’s deputy was fatally shot during a traffic stop early Wednesday and police were offering a $12,500 reward to help them find the suspect, a man charged the day before with hitting a woman and stealing her car.

Authorities identified the suspect as Steven Joshua Wiggins, 31, a white male with balding brown hair who they believe is armed and dangerous. State, federal and local authorities conducted a manhunt of the area Wednesday near where Dickson County sheriff’s Sgt. Daniel Baker was shot and killed.

The deputy responded to a call about a suspicious car Wednesday, then couldn’t be contacted for some time, Tennessee Bureau of Investigation spokeswoman Susan Niland said at a news conference. The deputy’s car was tracked by GPS to a location 2 or 3 miles (3 to 5 kilometers) away, and the deputy was found dead inside of it.

“He has the option to do the right thing,” Dickson County Sheriff Jeff Bledsoe said of Wiggins at a news conference Wednesday. “People make mistakes and people do things that are terrible, and this is an evil deed that he has done. But now he can show people that there’s still something left in him by turning himself in.”

Bledsoe also said Wiggins needs to be held accountable, and said he wants the maximum penalty the law will allow.

The sheriff said Baker was one of the department’s best, a supervisor who had worked his way up to sergeant on patrol during his 10-year stint with the office. He is survived by his wife and daughter.

“Our heart’s shattered with this,” he said.

Wiggins was identified as the suspect from video footage, Niland said.

He was already wanted on charges that he assaulted a woman and stole her car when he was pulled over Wednesday, according to a report from the Kingston Springs Police Department.

The woman, Ericka Miles-Castro, was arrested and charged Wednesday with first-degree murder in connection to Baker’s death.

The report said Miles-Castro told police early Tuesday that Wiggins had slapped her in the face and pulled out some of her hair, then put a gun to her head and threatened to kill her if she called police. She said he then grabbed her keys and took her car without her permission.

At the time of the report, Miles-Castro, 38, told police Wiggins was “doing meth all night and smoking marijuana.” She told police she planned to press charges, the report said.

The TBI said in a news release Wednesday that during the course of the investigation, authorities developed that she had “participated in the incident.”

She is being detained at the Dickson County Jail. It is not immediately known if she has an attorney. 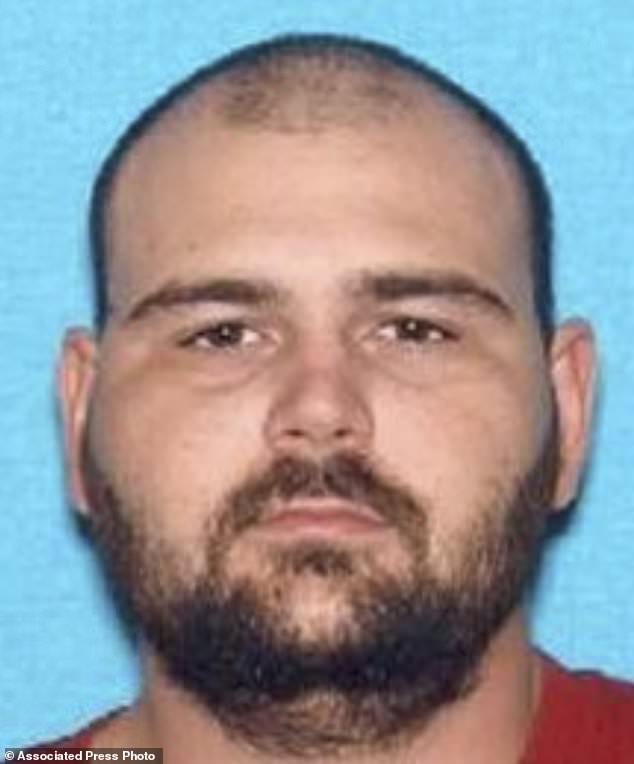 This undated image released by the Tennessee Bureau of Investigation, shows Steven Wiggins, who was identified by the Humphreys County Sheriff’s Office as a suspect in the killing of a sheriff’s deputy. A Tennessee Highway Patrol spokesman tells news outlets that the suspect was involved in an altercation with the Dickson County deputy early Wednesday, May 30, 2018, after a vehicle was reported stolen. (Tennessee Bureau of Investigation via AP)