Armed police have shut down Bond Street station and arrested five people after an armed robbery on nearby Oxford Street.

A Met Police spokesperson said officers were called to the busy station after the victim of the robbery told them the men had weapons.

The suspects were arrested shortly after by armed officers inside the station who found a firearm and a knife after carrying out searches on them.

The station was closed for nearly an hour as police dealt with the incident, causing severe delays on the Tube network.

‘Police were called at approximately 20:30hrs on Friday, 8 February to reports of a robbery on Oxford Street,’ A Metropolitan police spokesperson said.

‘Officers attended and spoke with the male victim. He informed officers that the suspects were in possession of a firearm and a knife, and that they were last seen entering Bond Street Underground Station.

‘Five people have been arrested on suspicion of robbery and possession of a firearm.

‘The station was temporarily closed whilst officers dealt with the incident.’ 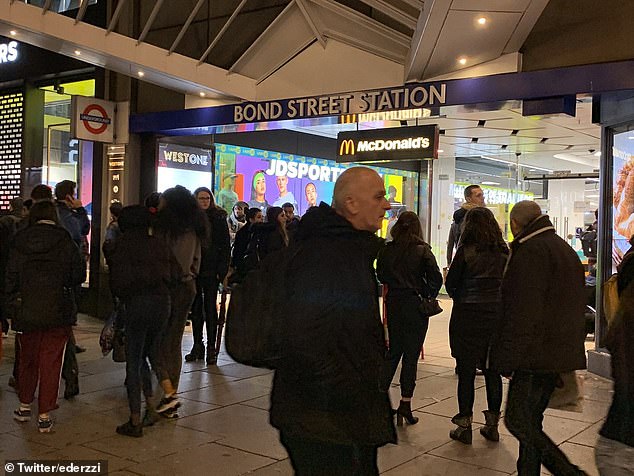 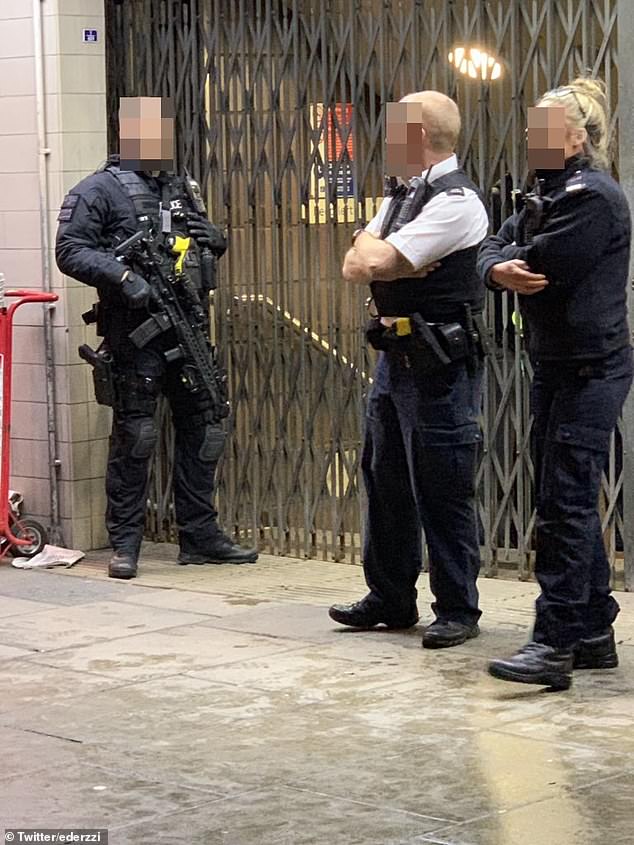 The incident caused severe disruption across the tube network as trains backed up on the Central and Jubilee lines.

TFL tweeted shortly after the incident that the delays were due to a ‘customer incident’ at Bond Street.

‘We’re now running with severe delays across the entire line. The delays are due to a customer incident at Bond Street.

‘If you can use an alternative route for any journey, this is advisable. Tickets accepted on London buses and DLR.’

TFL later tweeted that both the Central Line and Jubilee Line Bond Street stations had been re-opened after the incident.

‘BTP officers attended Bond Street Underground Station, alongside colleagues from the Metropolitan Police Service and five people have been arrested on suspicion of robbery and possession of a firearm.’