A man carrying a gun was arrested by armed police in central London today, after officers were flagged down by terrified members of the public.

Witnesses described how the man was waving the gun around in the heart of Leicester Square at around 8.40am this morning.

Armed police rushed to the scene before disarming the man and pinning him to the ground within seconds.

Armed police detained a man waving a gun around in Leicester Square this morning, after being alerted by stunned members of the public

They later confirmed that the arrest was not being treated as terror related.

One witness said: ‘Just seen armed police threatening to shoot a man at Leicester Square. They’ve shoved him to the ground and have their guns pointed at his head. Everyone else is carrying on as usual.’

The Metropolitan Police later tweeted: ‘Police in Leicester Square were flagged down by a member of public at about 08:40am this morning to reports of a man believed to be in possession of a firearm.

‘He was arrested & remains in custody. Not being treated as terror related. No injuries reported. Enquiries continue.’ 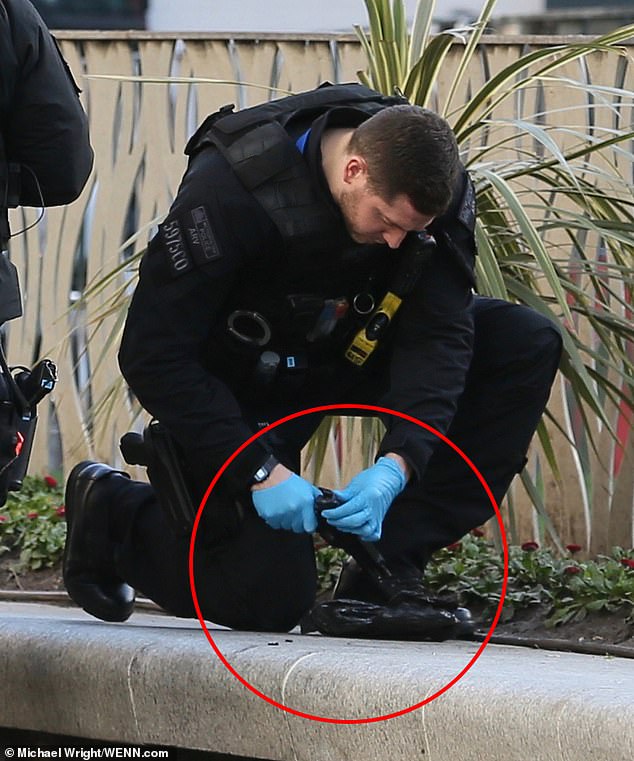 They pinned the man to the ground and disarmed him within seconds, before later retrieving the weapon