Security footage from a service station hold up shows the moment a young boy was terrorised by an armed intruder.

The young boy was recorded running from the kitchen, into view of the armed intruder, and then down a hallway at a Brisbane service station on Friday night.

The masked thief jumped the counter to give chase before turning around and running from the store, 9 News reported.

An armed robber has terrorised a young boy during a hold up at a a Brisbane service station.

The service station attendant, Sandeep, who is employed by the boy’s father, said the man came in demanding money before he and the young boy fled to find safety.

This incident comes only three weeks after after Sandeep was held up and had a knife put to his throat.

‘It’s really, really bad, especially for the people who are working at night-time,’ he told 9 News. 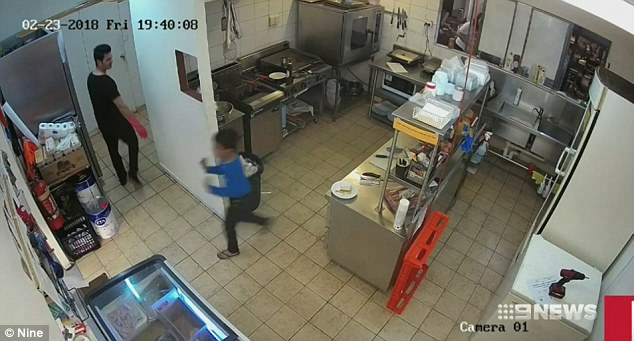 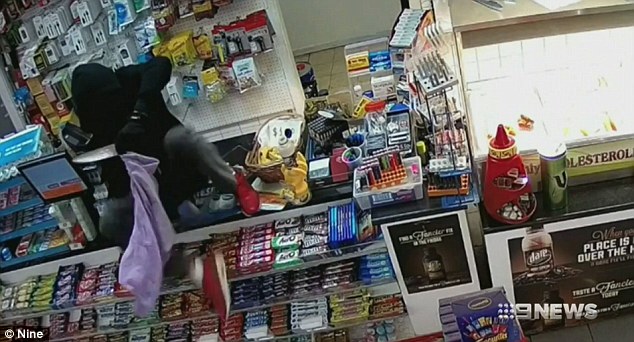 He threatened the two women with a knife before they emptied the till and he took off.

The man is also wanted by Police for another robbery which occurred at a Booyal service station earlier this year.

If you have any information that could help lead police to a arrest you can contact Crime Stoppers.