A Florida assailant has been dubbed too stupid to commit a crime after he was caught on camera having trouble opening a McDonald’s cash register.

In a the video clip from Miami Dade Police Department, the armed robber is seen leaning through a window of the drive-thru fast food joint and ordering sales assistants away from service.

Throwing his weapon around and revealing a glimpse of his face, a manager then appears from behind to pull away a member of staff. 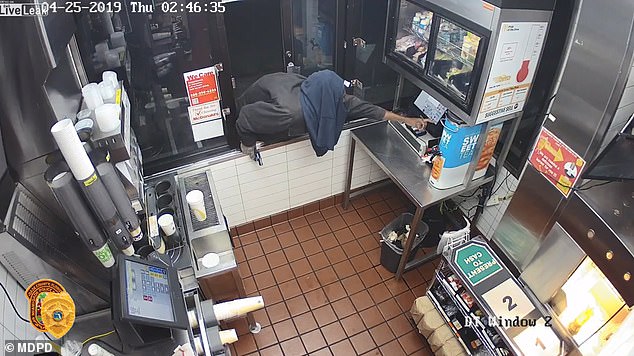 But after employees had fled the scene, the April 25 recording shows the man having a tricky time touching the right buttons.

He is unable to open the draw without staff around to help in the two-and-a-half minute clip from the 2.46am incident.

The assailant pivots his stomach on the window ledge and attempts to conceal his identity with a sweater over his head. 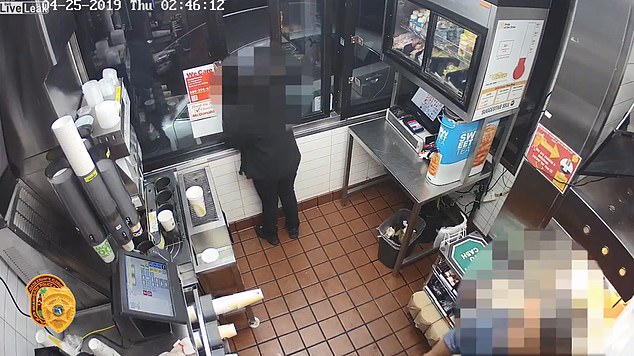 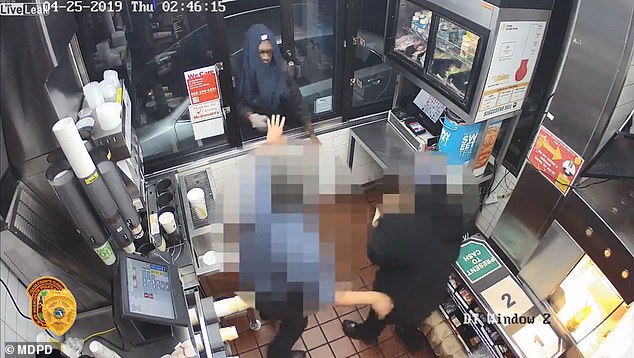 However the item of clothing might have obstructed his view of prompts on the digital register.

The video shows the assailant wielding a gun in the right hand while tapping away at the screen with the left.

Later in the clip he ends up making the task even more difficult for himself when he accidentally pushes the screen further away from his reach.

With the register crammed underneath a small refrigerator and beside a large box of sweat tea, the assailant eventually gives up.

In frustration he goes on to reveal his full identity to the security camera above.

His angry face is shown as he spews words to himself while looking around for one last option before leaving absolutely fuming. 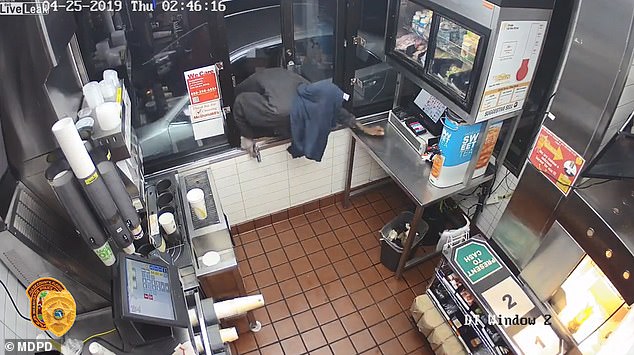