This is the harrowing moment armed robbers broke into a multi-million dollar mansion while the family slept upstairs.

On Sunday, a group of three thieves snuck into a gated community in Chatsworth, Los Angeles and broke into one of the neighborhood’s most affluent homes.

In surveillance footage caught on the homeowner’s security camera, three suspects were roaming around the victims’ kitchen in the middle of the night.

The thieves wore hoodies, baseball caps and bandanas to obscure their identities. 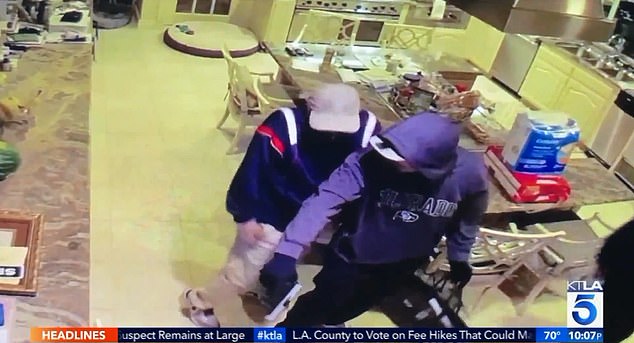 ‘Carrying a gun is a big deal,’ the unidentified homeowner told KTLA.

‘Obviously they were prepared to use it, so if any of my family members would have come to the kitchen for water, they could have been confronted and something horrible could have happened,’ she said.

The woman had gone to bed about 45 minutes before the home invaders arrived.

She didn’t realize until the next morning, when she noticed her Hermés purse was missing from her kitchen counter, that she had been robbed.

‘I believe they were rummaging for just about anything,’ the woman said.

The three trespassers searched the Chatsworth home for 30 minutes, taking interest in the homeowner’s car, a bike and an unlocked garage. 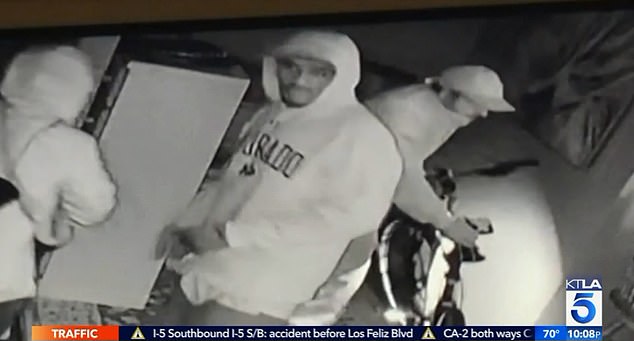 ‘I believe they were rummaging for just about anything’ 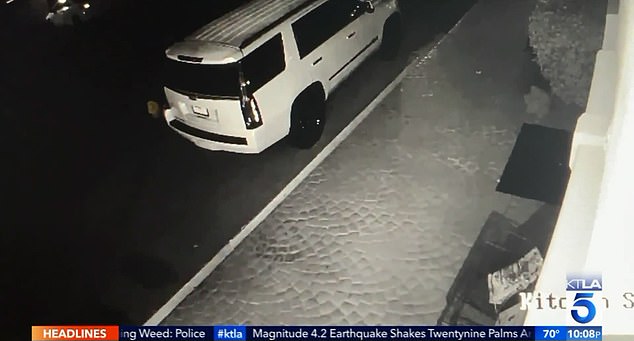 The group tried to steal the family’s Cadillac SUV, but panicked when security passed by

After collecting what they wanted the three tried to escape in the family’s Cadillac SUV, but bailed on the vehicle when security passed by.

The homeowner is hoping the surveillance tape will help capture the late night robbers.

The family plans to be more vigilant and the homeowner is now armed.

‘I’ve worked for what I have and I would like to think they can go out and earn their own living,’ she said.

‘I’m very angry. Go out there and find yourself a job and become a decent citizen and stop violating other people’s property.’

A police report has been filed.