Two soldiers involved in a fitness test where a recruit collapsed and died could face prosecution, it emerged yesterday.

The Royal Military Police referred the men to the Service Prosecuting Authority (SPA) for alleged negligence after the death of Corporal Joshua Hoole on July 19, 2016.

The SPA is considering whether they will be charged and tried by court martial or referred back to their chain of command.

Civilian police have already concluded that no criminal offences occurred during the test when Mr Hoole, a fit and experienced infantryman, died suddenly.

Last night Mr Hoole’s father, Phillip, said he wanted justice for his son as he suggested the Ministry of Defence should be charged with corporate manslaughter for failing him.

Mr Hoole, said he no longer believed his son, 26, died of an undiagnosed genetic heart condition, as previously stated in a military inquiry, and demanded an inquest.

He said he believed his son collapsed after army trainers missed opportunities to halt the routine exercise when temperatures were likely to have risen above safe levels.

He said: ‘I want the truth to come out and I want justice. The only way the Ministry of Defence would sit up is if they get charged with corporate manslaughter.’

Mr Hoole, 56, claims troops had fallen ill on the day and a safety vehicle was overloaded with soldiers.

Corporal Hoole, of Ecclefechan, Dumfries and Galloway, experienced panting, agitation and cramps before collapsing with heart failure 400m from the end of the eight-mile course.

The course was run by a training team at the Infantry Battle School at Dering Lines, Brecon. 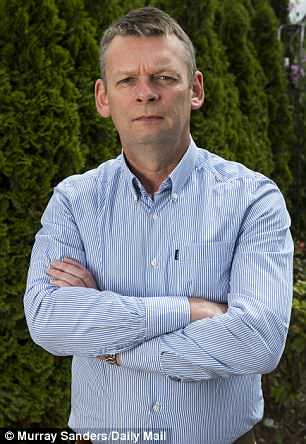 Mr Hoole’s father, Phillip, said he wanted justice for his son as he suggested the Ministry of Defence should be charged with corporate manslaughter for failing him

His core body temperature at the time was at least 39C, almost 2 degrees above the normal range.

Mr Hoole, a former company sergeant-major, told the Times: ‘The army fitness test should not have been started and Josh should not be dead.

‘When I put everything together I really do not believe that Josh died from sudden arrhythmic death syndrome. I believe it was more from the heat and the exercise that day.’

Soldiers were concerned about the hot weather and so the start time for the test was brought forward to 7am from 11am.

Under army policy, fitness exercises should be stopped if temperatures hit 20C, but the only temperature reading that was taken with an officially approved wet bulb globe temperature device on this occasion was just after the beginning of the test.

At the time the course was completed, roughly two hours later, the temperature had risen to about 22C.

An inquiry found that the temperature probably hit 20C, the limit, at between 8.30am and 8.40am. Corporal Hoole collapsed at 8.52am and was pronounced dead 47 minutes later.

His death occurred three years after three soldiers died during an SAS exercise in the Brecon Beacons. 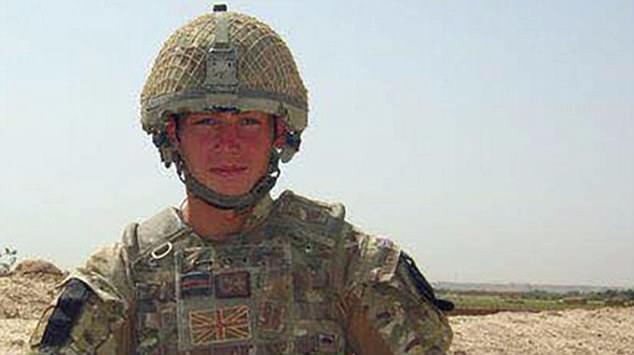 Mr Hoole, said he no longer believed his son, 26, died of an undiagnosed genetic heart condition, as previously stated in a military inquiry, and demanded an inquest

In 2015, a coroner ruled Cpl James Dunsby, L/Cpl Corporal Edward Maher and L/Cpl Craig Roberts died as a result of neglect on the 16-mile march.

The report, commissioned by the Ministry of Defence, said failures at multiple levels led to the deaths.

An MOD spokesperson said: ‘The death of Corporal Joshua Hoole was a tragedy and our thoughts remain with his family and friends. Following a Royal Military Police investigation into the circumstances of his death, the case has been referred to the independent Service Prosecuting Authority (SPA).

‘It would not be appropriate to comment while the SPA’s consideration of the facts are ongoing.’