He’s been in a relationship with the physical therapist since at least 2013, when they were spotted kissing in Santa Monica, California.

And on Monday, Arnold Schwarzenegger, 75, and his girlfriend Heather Milligan, 47, drank beers as they continued to enjoy the 187th Oktoberfest in Munich, Germany.

The loved-up couple were dressed in traditional brown embroidered leather outfits while spending time in the Marstall Tent in Theresienwiese.

Prost! On Monday, Arnold Schwarzenegger, 75, and his girlfriend Heather Milligan, 47, drank beers as they continued to enjoy the 187th Oktoberfest in Munich, Germany

Arnold, who attends the event almost every year, wore brown leather trousers and a matching embroidered jacket with long socks and leather shoes.

For their beer-drinking session, Heather joined her boyfriend by co-ordinating her look with a similar jacket.

Maria split from Arnold a decade ago after it emerged that he had fathered a son called Joseph, 24, by the family’s housekeeper Mildred Baena. 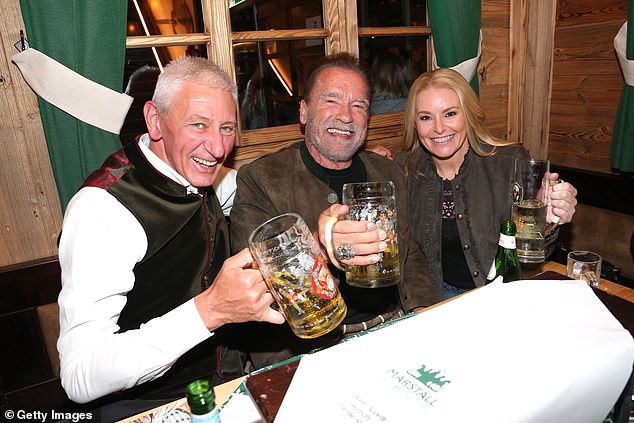 Oktoberfest! The happy couple enjoyed their time with the host of the tent Siegfried Able

The Austrian-born father-of-five is the lead in the Netflix series Utap, which has been filming throughout Ontario, Canada, since spring and, according to production listings, should be wrapping up soon.

The concept of the series is spun off of his wildly successful 1994 True Lies, which he starred in alongside Jamie Lee Curtis.

The iconic actor has starred in dozens of movies over the last five decades, but this will be the first time he will star in a scripted TV series in his career. 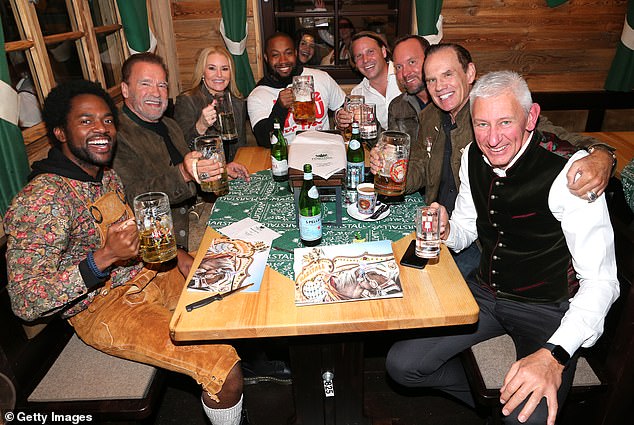 Fun with friends: Arnold and Heather looked happier than ever as they sat with others

The plot centers around a father and daughter who have worked as CIA Operatives for years. Still, each kept their involvement in the CIA hidden from the other, resulting in their entire relationship being a gigantic lie.

Upon learning that each of them was secretly involved with the CIA, the pair are forced to work together as a team amidst a backdrop of explosive action as they learn who each other truly is in the spy-adventure thriller.

Schwarzenegger and actress Monica Barabaro have been cast as the father-daughter duo. The actress recently gained accolades and praise for her role in Top Gun: Maverick and is also set to feature in the upcoming animated film Army of the Dead: Lost Vegas. 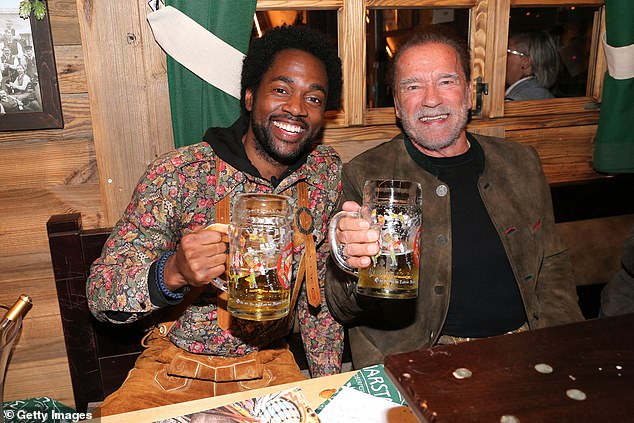