Arnott’s reveals Australia’s most popular Shapes flavour in a VERY controversial poll – so do you agree?

Chicken Crimpy has been crowned the best Arnott’s Shapes flavour in Australia after hundreds of shoppers voted for their favourite varieties.

More than 900 respondents rated for the flavour they love most as runner-up Pizza followed closely behind while Barbecue landed on third place.

Chicken Crimpy finally got ahead of household favourite Barbecue, which was named the country’s all-time favourite Shapes flavour in 2019.

Australians have voted for the best Arnott’s Shapes flavour of the year – so do you agree? 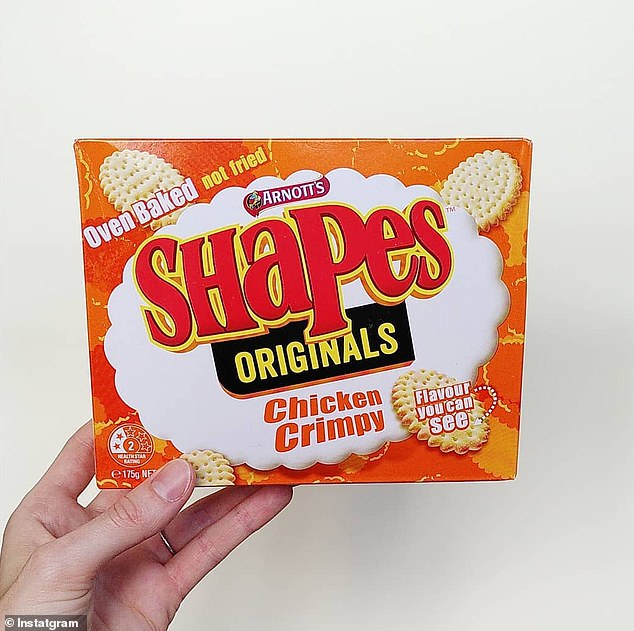 How do all the Shapes flavours measure up?

In a new research, commissioned by Arnott’s, found interesting insights about every state’s Shapes flavour preference.

Victorians favoured Barbecue (24 per cent) the most, while those in New South Wales still put Chicken Crimpy (24 per cent) in first place.

Queensland also led the way with Chicken Crimpy (26 per cent) as their favourite, while Nacho Cheese was only picked by a few (8 per cent).

Tasmania was neck and neck with Pizza (30.87 per cent) and Barbecue (30.71 per cent) almost equal first, while ACT residents are big fans of Nacho Cheese (26 per cent) however, with it coming narrowly behind Pizza (26 per cent).

Meanwhile, Millennials prefer Pizza (29 per cent) ahead of Chicken Crimpy (20 per cent) while those aged 65 and over chose Cheese and Bacon (21 per cent). 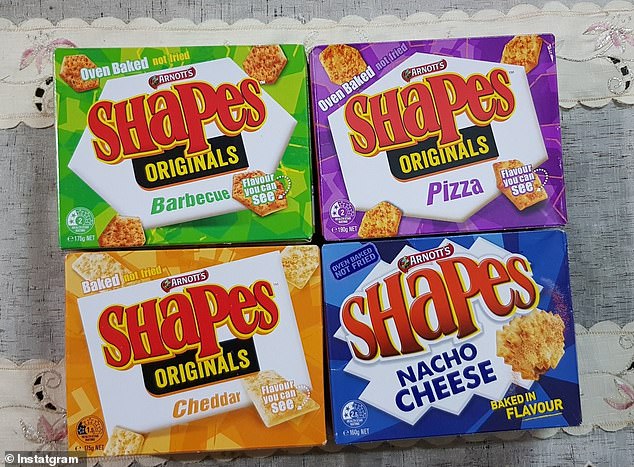 Gen Z followed the lead of Millennials, picking Pizza (25 per cent) above Chicken Crimpy (22 per cent).

While many Aussies agreed with the data, others weren’t impressed.

‘This is accurate I’m surprised someone needed to create a poll just to prove this,’ one wrote, while another said: ‘There are some seriously weird people in this world.’

‘So many wrong people,’ one added, while another said: ‘This must be a badly timed April fools’ joke.’