Around 10,000 single adult men from Albania have illegally reached UK by boat this year

Around 10,000 single adult men from Albania have illegally travelled to the UK by small boat so far this year, the Home Office confirmed today – as a top British general was appointed to tackle the problem.

Dan O’Mahoney, Border Force clandestine threat commander, said 12,000 Albanians have crossed the Channel by small boat since the start of this year, 10,000 of whom were ‘single adult males’.

He said this was equivalent to roughly one to two per cent of the young male population of the country – a category that is understood to include men aged 20 to 40.

Dan O’Mahoney, Border Force clandestine threat commander, said 12,000 Albanians have crossed the Channel by small boat since the start of this year, 10,000 of whom were ‘single adult males’. File photo of migrants crossing the Channel

‘So the rise has been exponential, and we think that is in the main because Albanian criminal gangs have gained a foothold in the north of France and have begun facilitating large numbers of migrants.

‘Just to put this into context, that number of 10,000 is between one and two percent of the entire adult male population of Albania who have travelled to the UK in small boats.’

Mr O’Mahoney said only a low proportion of Albanian men who made asylum claims were successful.

‘Some of them will of course need our help and will make legitimate asylum claims but the grant rate for single Albanian men – about 12 per cent,’ he said.

‘A lot of them are not actually interested in seeing their asylum claim through. We’ll typically put them in a hotel for a couple of days then they’ll disappear and work illegally in the UK for six months, possibly a year then go back to Albania.’ 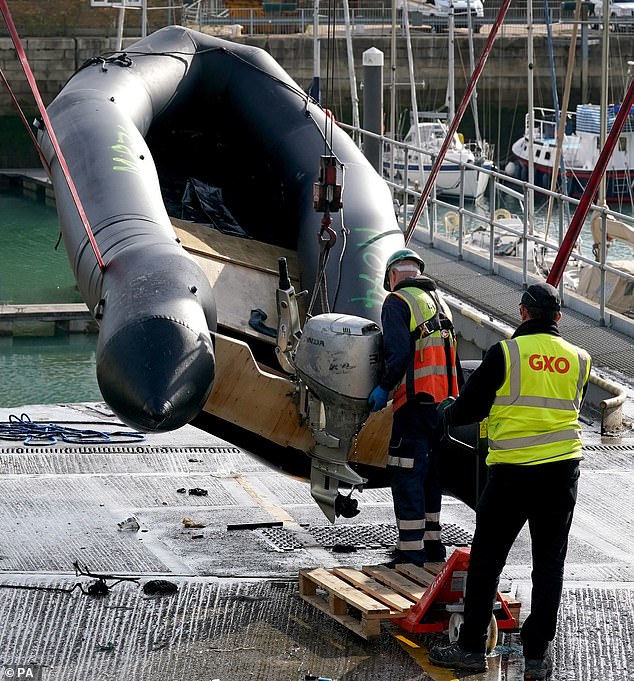 He said this was equivalent to roughly one to two per cent of the young male population of the country – a category that is understood to include men aged 20 to 40 (pic: A small boat used by migrants is removed from Dover harbour)

The officer warned there was a ‘huge amount of  very harmful serious and organised criminality’ being committed in the UK by organised Albanian gangs.

Lt General Stuart Skeates, who also served in the Bosnian war, has been hired as a special coordinator on illegal Albanian migration, the Telegraph reported.

He was previously working as an advisor to the Chancellor of the Duchy of Lancaster, preventing vulnerable people being ‘exploited by human traffickers’ and ‘protecting UK’s Borders’.

Now Lt General Skeates has been recruited to tackle the growing problem of Albanian Channel crossings. Since the start of the year more than 37,000 migrants have reached British soil – at least 10,000 are believed to be from the Balkan state.

The number of Albanians arriving across the Channel surged at the start of the summer, and they now make up around 60 per cent of arrivals from northern France.

Lt General Skeates is expected to work with the Albanian government to help tackle the trafficking gangs behind the surge. 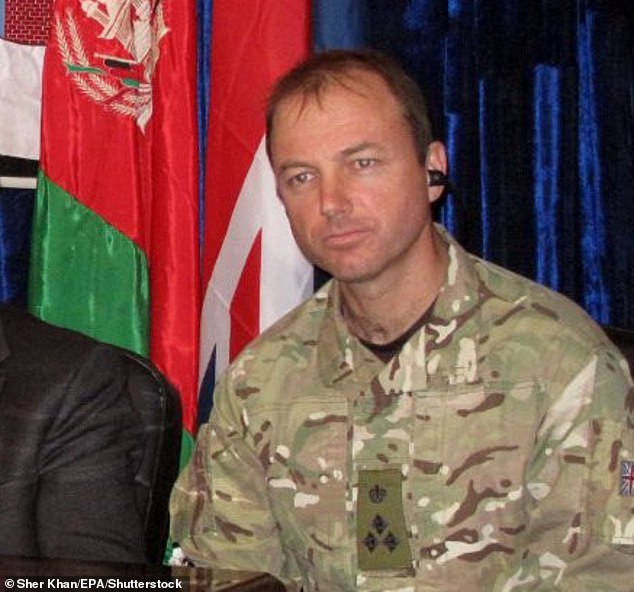 Lt General Stuart Skeates, who served in Afghanistan, has been hired as a special coordinator on illegal Albanian migration 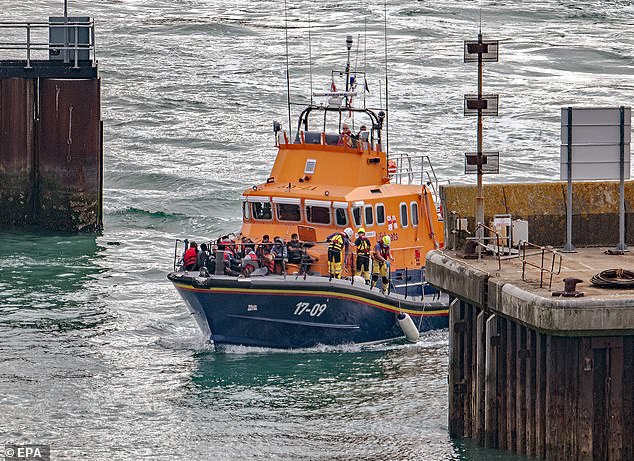 At least 10,000 Albanians are believed to have made crossed the Channel in small boats this year alone

Former Home Secretary Priti Patel Patel signed a deal with the Albanian government to fast-track deportations back to the Balkan state and for Albanian police officers to be stationed in Dover.

Earlier this month, a reported 12 migrants were put on a plane to Albania within days of arriving in Britain in small boats.

Lt General Stuart Skeates was commissioned into the Royal Artillery in 1989 and served in the Bosnian war, which took place from 1992 to 1995.

His career then saw him serve as Military Assistant to the General Officer Commanding Northern Ireland in the final years of Operation Banner.

He returned to Afghanistan in 2007 as Deputy Commander of 52nd Brigade – deployed as Task Force Helmand.

By 2009 he was the Deputy Commander of I Marine Expeditionary Force (Forward).

After leaving the army he worked as Commandant of the Royal Military Academy Sandhurst and had a role in Nato.

The Government has been trying to introduce policies to fast-track Albanian nationals who cross the Channel back to Albania – in an effort to deter more from making the journey.

Before the summer, around nine out of ten Albanians were claiming asylum – even though there has been no conflict there for more than 25 years.

However, since then an increasing rate of migrants are making the crossing – with a record 1,295 people crossing in 27 boats on August 22.

He was also the commander of the 19th light brigade, head of the Royal Military Academy at Sandhurst and acting as deputy commander of the UK taskforce that supported the Afghan forces in Helmand.

He is not the first person with a military background to be hired to tackle the Channel migrants.

Dan O’Mahoney, a former Royal Marine who then joined the National Crime Agency and Border Force, was appointed Clandestine Channel Threat Commander in 2020, the Telegraph reported.

A Government spokesman told the Telegraph: ‘The government stands united in its efforts in preventing dangerous Channel crossings, stopping exploitative criminal gangs and protecting those in genuine need.

‘The Home Office and Ministry of Defence have a strong track record of working closely together to tackle this issue.’

They confirmed Lt Gen Skeates was seconded to the Home Office on October 12, 2022. 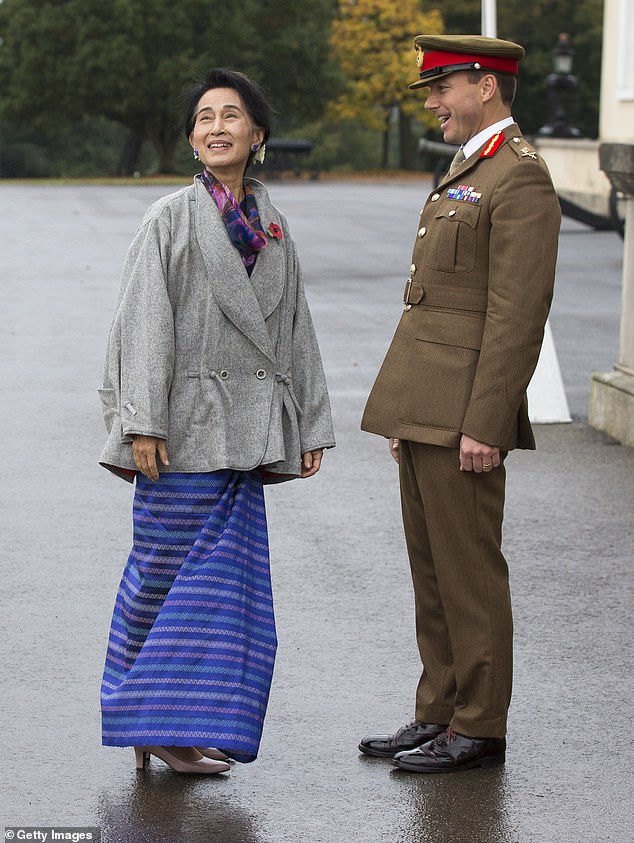