A small percentage of COVID-19 patients who have recovered from the virus still have not regained their sense of smell a year later, a new study finds.

Anosmia, a partial or total loss of smell in a person, is a common symptom of COVID-19, and – for many – is what made them aware they had the disease.

While some patients get their smell back quickly after recovery, there have been reports of some still not having their smell at full strength months later.

A French research team investigated the condition in COVID-19 survivors, and found that 96.1 percent had recovered their sense of smell a year later.

However, a remaining 3.9 percent still have no smell or limited smell and there is no known timeline for when they may regain it.

For the study, published in JAMA Network Open, the team recruited 97 participants who were split into two different groups.

The first group, which included 51 people, were given subjective and objective assessments of the condition of their sense of smell at four month intervals over the course of a year.

The second group, with 46 members, was only given the subjective assessment at each four month interval.

When a patient was determined to have fully recovered their smell, they were removed from the study.

Of the 51 participants, 49 – 96.1 percent – were determined to have made a full recovery of their smell after 12 months.

A large majority, 43 participants, or 84 percent, fully recovered their smell within four months of having the virus.

The researchers also found that 70 percent of participants who reported through subjective testing that their smell had only partially recovered had actually fully recovered their smell.

At eight months, only 44 participants of the first group, 85.9 percent, had fully recovered their smell, meaning that around ten percent of patients will make a full recovery between eight to twelve months after having the virus.

In the second group, 33 (72 percent) of people self reported that their smell had fully recovered, but it is likely that a large portion of the 13 who believed their smell had not recovered were just misreporting.

Overall, 96 percent of the patients no longer had anosmia, meaning that while most recover, around four percent still have it.

Researchers have no timetable for how long it may take for the rest of the group to fully recover and do not know whether COVID-related anosmia can be permanent.

The reason why COVID-19 can cause a loss of smell is not totally understood by scientists, and no one can say for certain the exact percentage of people who develop anosmia because of the virus. 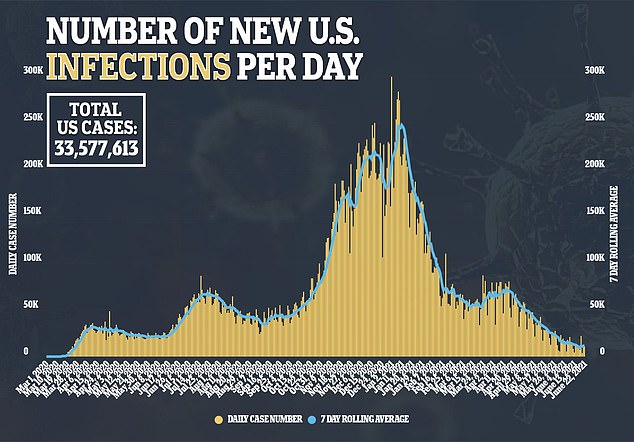 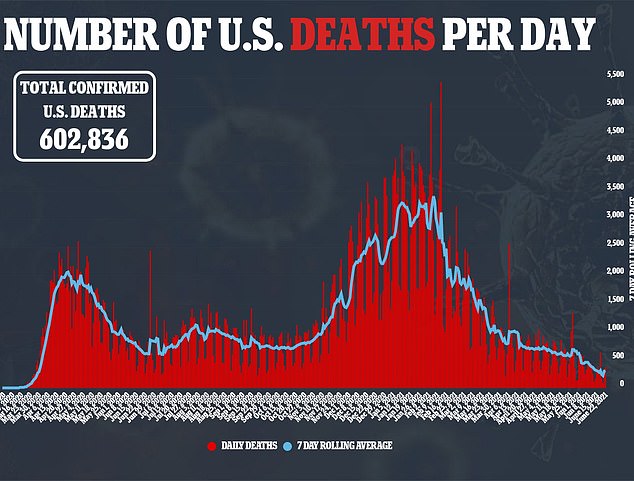 A study last year in Iran found that 96 percent of COVID patients experience at least some level of smell loss, while 18 percent lost their sense of smell all together at some point in time.

Losing sense of smell or taste are often the best markers that someone has COVID-19 rather than the common flu or another respiratory illness due to how prevalent it is among COVID patients despite its overall rarity.

As the COVID-19 pandemic nears its end in the U.S., researchers are hoping to learn more about the virus that took over the world for a year.

Much about the virus is still a mystery despite its prevalence including where it came from, how it affects a person’s body long term, the true death count of the virus, and even how it can spread from person to person.

As of Thursday, the U.S. has recorded over 33 million cases of the virus and more than 600,000 deaths – leading the world in both categories.

More than 65 percent of American adults have received at least one dose of a COVID-19 vaccine, though, leading to decreased transmission across the country.