London-based electric bus maker Arrival has made its debut on the New York stock exchange in the biggest ever float for a British company.

The start-up, which has yet to start production of its vehicles and hasn’t turned a profit, listed on the Nasdaq at $22 per share yesterday, valuing it at roughly $13.6billion (£9.5billion).

This is higher than Deliveroo, which is seeking a valuation of up to $12.2billion at the end of this month, and surpasses the previous record of $11.4billion for Granada Media in 2000 – making Arrival’s float the biggest ever for a UK company, according to data from Dealogic.

Coming soon: Arrival has yet to build its first electric vehicle and has yet to turn a profit

Arrival, which was founded in 2015, is the latest of a raft of businesses to take advantage of so-called ‘SPACs’ as a way to gain a listing on a public exchange.

SPACs, or blank-cheque companies, are acquisition vehicles that list and then hunt for private businesses to buy and bring to the stock market. Arrival merged with one of such SPACs – New York-based CIIG – in order to float.

A record number of SPACs floated last year, particularly in the US, although exchanges elsewhere are keen to jump on the bandwagon.

UK officials are considering overhauling the listing rules to make it easier for Spacs to float in London – although the boss of the London Stock Exchange, David Schwimmer, recently warned that investors risk getting burned by putting their money into SPACs.

Arrival has raised around $660million through the public offering to ramp up delivery of its electric vehicles and expand its global network of ‘microfactories’, which are ‘rapidly scalable and enable decentralized production’.

The company, which currently has one microfactory in Bicester, Oxfordshire, and another two in the US, said it will road-test its vans this summer and its buses in autumn.

That means it aims to start producing electric buses by the end of the year and vans by the third quarter of next. 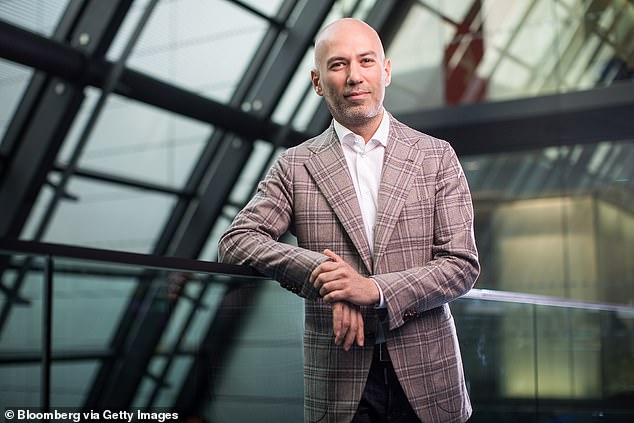 In line for a windfall: Sverdlov owns more than 76% of Arrival through his holding company Kinetik, a stake worth $10.4bn at yesterday’s opening price

It said there has been ‘strong interest’ in its vehicles, having struck a deal to provide up to 10,000 electric vehicles to courier UPS.

It expects to make $1billion in revenues next year, but that to increase to a whopping $14billion by 2024 and to become profitable in 2023.

Arrival, which employs 1,800 people across the UK, US and Germany, has received financial backing by South Korean car makers Kia and Hyundai, as well as US asset manager BlackRock.

Founder and chief executive Denis Sverdlov – a former deputy telecoms minister of Russia – said: ‘We believe that all vehicles will soon be electric, because it is better for people, the planet and business.

‘Arrival’s invention of a unique new method to design and produce vehicles using local Microfactories makes it possible to build highly desirable yet affordable electric vehicles – designed for your city and made in your city.

‘Going public is an opportunity that will allow us to continue to scale globally, bringing these products to more and more cities and people.’

Sverdlov owns more than 76 per cent of Arrival through his holding company Kinetik, a stake worth $10.4billion at yesterday’s opening price. 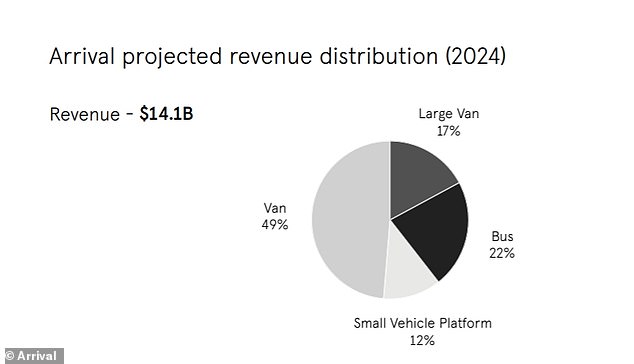 High expectations: Arrival expects to make $1billion in revenues next year, but that to increase to a whopping $14billion by 2024 and to become profitable in 2023