Arrogant surgeons who bully patients and staff should attend ‘ego classes’ or be banned from the operating table, a group of leading Scottish doctors have said.

Simon Paterson-Brown, former chairman of the patient safety board at the Royal College of Surgeons of Edinburgh (RCSE), and colleagues said that the personality and ‘poor behaviour’ of some surgeons was affecting patient survival rates.

Mr Paterson-Brown is among several influential medics who believe surgeons should attend courses to hone non-technical skills, such as decision-making, communication, leadership and ‘situation awareness’.

Former chairman of the patient safety board at the Royal College of Surgeons of Edinburgh (RCSE) Simon Paterson-Brown, said that the personality of some surgeons was affecting survival rates

In a letter submitted to the British Medical Journal (BMJ), they maintained that if surgeons could not be educated to improve behaviour, they should be ‘removed from the clinical frontline’.

The letter was sent in response to a paper that appeared in the journal about the harmful effects of egos in the operating theatre.

Paterson-Brown said his research in this area revealed that surgeons who attracted higher numbers of complaints from patients and staff tended to have more complications on the operating table.

He said: ‘There are surgeons who have poor leadership skills and who bully and harass other staff. It happens in Scotland, as it does in every other country.

‘But we are addressing it in Scotland by providing courses to help teach surgeons how to behave better because we know that it improves mortality rates.

‘Surely now is the time to address these issues once and for all?’

He added that the most arrogant surgeons were unlikely to attend anti-ego classes, meaning NHS bosses should intervene. 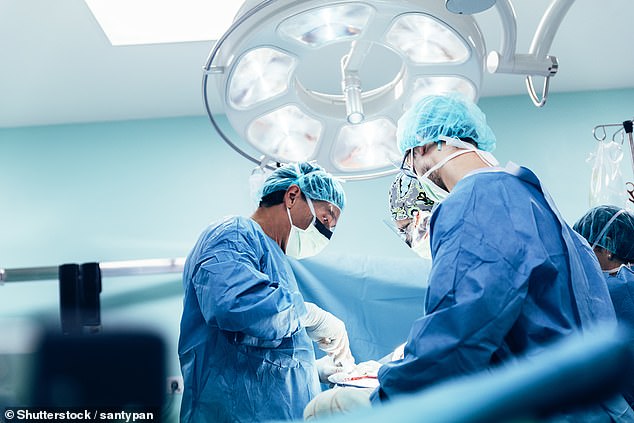 In their letter to the BMJ, the doctors state: ‘The effects of surgical egos and poor behaviour on teamwork, clinical performance, and patient outcomes have been recognised for some time but are often poorly understood and very poorly managed.

‘While action must be taken to educate and, if possible, rescue the ‘poor’ performers, sometimes they actually may need to be removed from the clinical frontline; often a difficult and painful process for all concerned.’

Other signatories of the letter included Nikki Maran, a consultant anaesthetist at Edinburgh Royal Infirmary, and Steve Yule, an associate professor at Harvard university,

Examples of ego-driven behaviour were cited in a paper published by the journal in November.

They included transplant surgeon Simon Bramhall, who was convicted of assault last January for branding his initials on patients’ livers during operations at Queen Elizabeth hospital in Birmingham.

A judge described his actions as ‘conduct born of professional arrogance of such magnitude that it strayed into criminal behaviour’.

In 2013, Sam Eljamel, the former head of neurosurgery at NHS Tayside, was suspended after an investigation by the Royal College of Surgeons claimed he often ‘rushed’ through surgery and had ‘bullied’ colleagues.

In one case he removed a patient’s tear gland instead of a brain tumour.

Last May Scottish surgeon Ian Paterson was jailed for 15 years for carrying out unnecessary breast operations on ten patients.

A study of personality traits among UK healthcare professionals in 2015 found surgeons had significantly higher levels of narcissism.

Other research has found greater numbers of disruptive behaviours and patient complaints among surgeons than non-surgeons, which could be the result of more arrogant attitudes.