Arsenal will find some warm weather during their upcoming winter break trip to Dubai. And, Mikel Arteta will hope, also their spark again.

A mid-season getaway seems like exactly what they need right now, especially if it does the trick and they return refreshed. They looked anything but fresh against Burnley.

Knackered and crestfallen in fact as they slumped to the turf when referee David Coote’s final whistle confirmed the continuation of their start to 2022 that has brought a shuddering halt to the momentum that was building before the turn of the year. 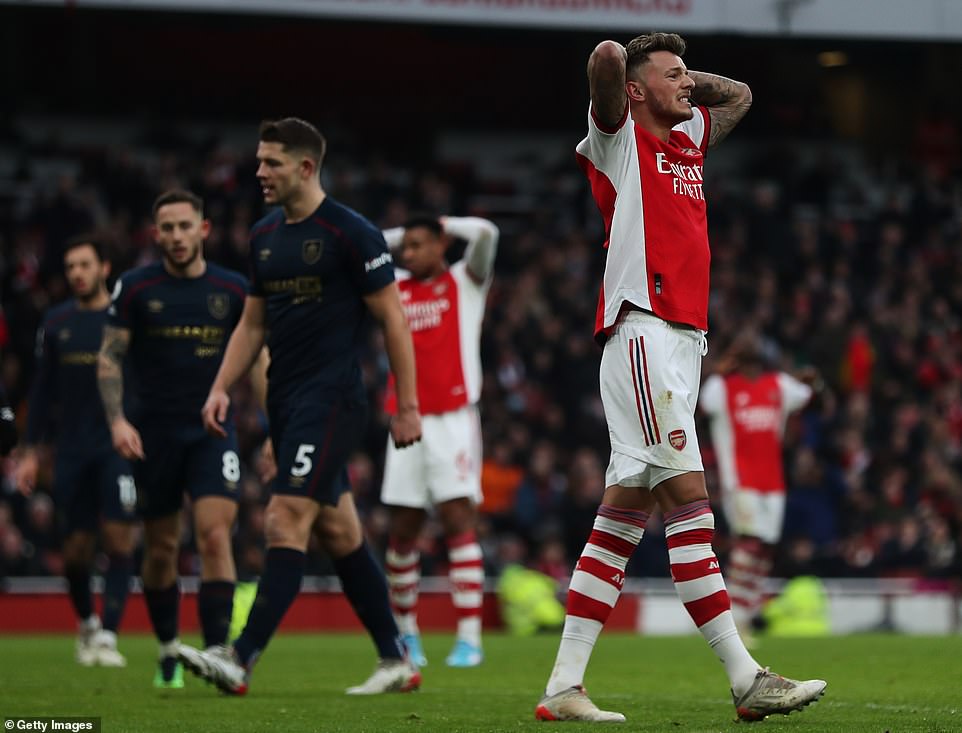 They head to the Middle East off the back of five games without a win. In that time they have been dumped out of the FA Cup and Carabao Cup.

Arsenal have come under fire for their controversial request to postpone the North London derby.

The FA’s betting probe into a booking for one of their players is another unwanted headache.

Arteta and his players will be pleased to see the back of this recent period though they will have to wait the best part of three weeks to try and put things right again. 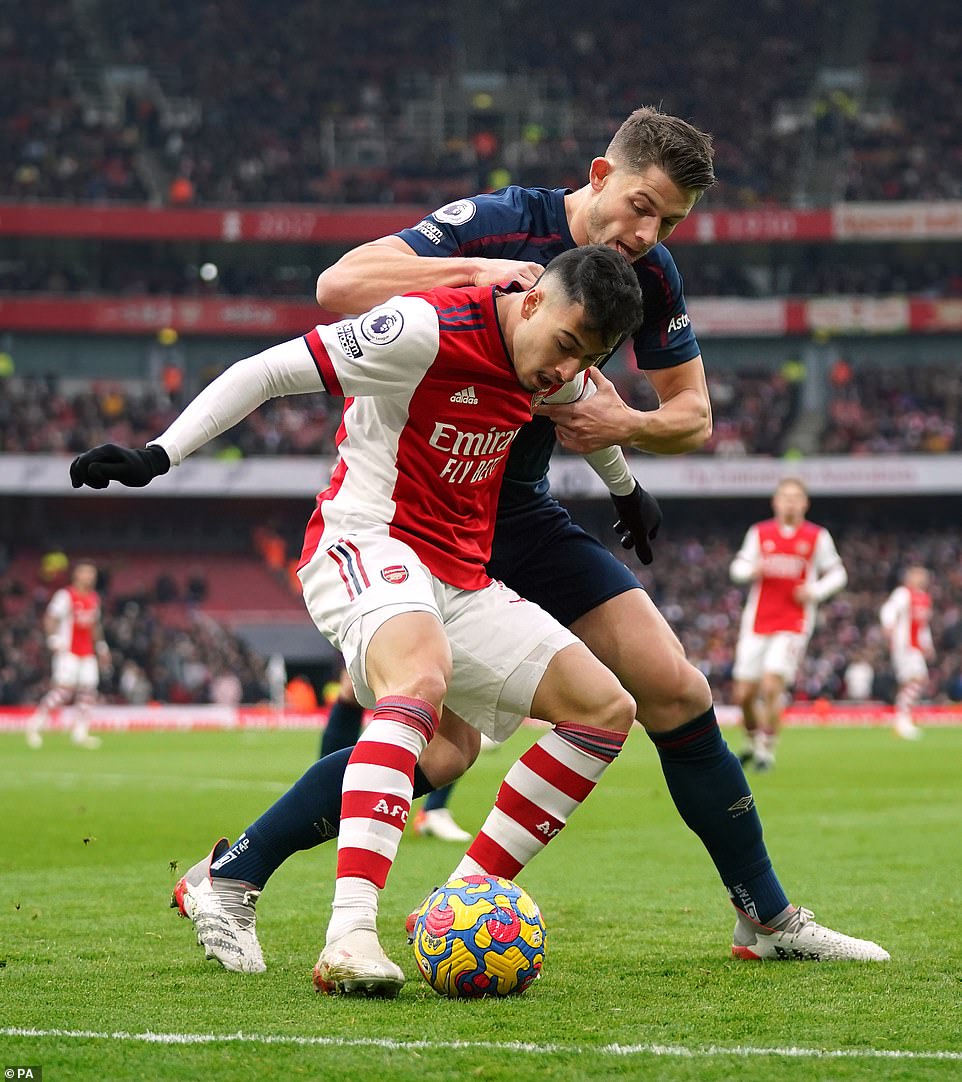 On the flipside, this was a battling point hard-earned by Burnley on their return to Premier League action after their own three-week, Covid-enforced break.

It was an increasingly backs-to-wall display but that is when Sean Dyche’s side and defence, led brilliantly by James Tarkowski and Ben Mee in front of Nick Pope, are at their best.

Burnley had a couple of nearly moments early on via Dwight McNeil’s deflected cross which had Aaron Ramsdale scrambling and Ben Mee’s hooked volley over from a corner routine.

For Arsenal much of their play was simply too slow, sideways or backwards.

Throughout the first half, Mikel Arteta urged his players to speed things up. Occasionally they berated each other for a lack of movement ahead or failing to create passing options.

The crowd were restless too and on only a few occasions did Arsenal give them reason to do anything other than groan. 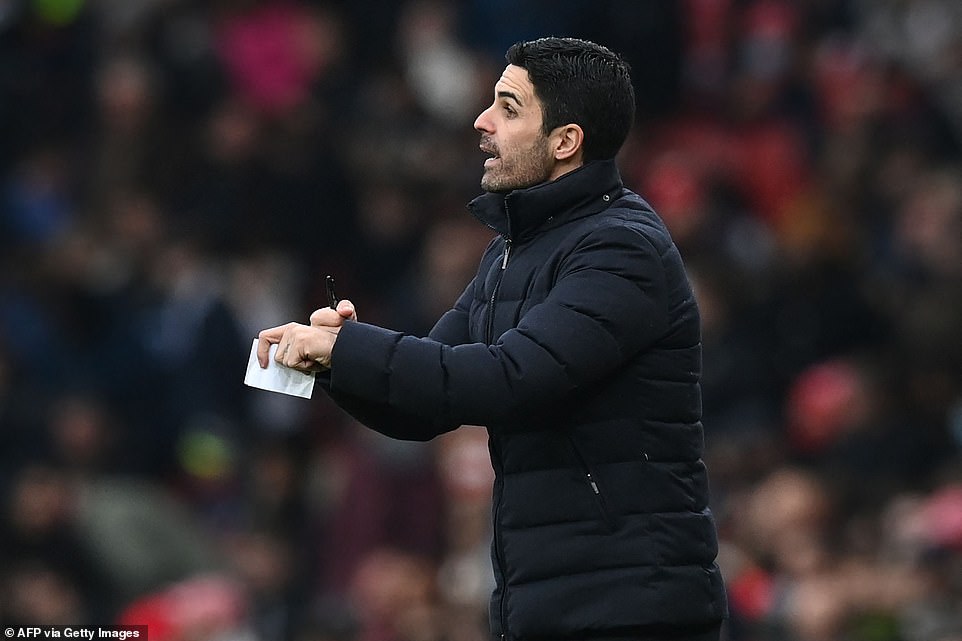 Throughout the first half, Arsenal manager Mikel Arteta (above) urged his players to speed things up – but it wasn’t enough 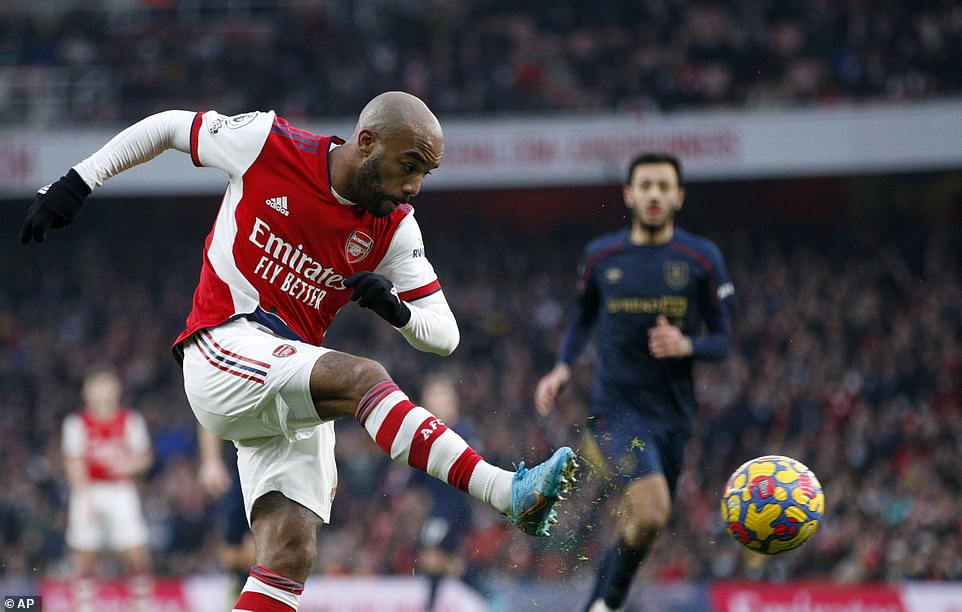 Each time either Alexandre Lacazette or Martin Odegaard were central figures, two players willing to break the structure of the setups on show to inject some urgency into Arsenal’s attacking.

Odegaard and Lacazette had efforts blocked by Nick Pope and then Ben Mee respectively in a following flurry of Arsenal activity.

Later in the half, Kieran Tierney fired over after being set up by Lacazette who himself received the ball after some fleet-footed wing play from Bukayo Saka who was having increasing joy up against Erik Pieters.

On the stroke of half-time Saka curled wide following Odegaard’s pass at the end of one of those rare Arsenal moves with a bit of zip in it.

In between all that Arsenal were comfortably kept at bay and well frustrated by Burnley’s game management – or time-wasting, depending on how you see it – and occasionally robust approach.

Ashley Westwood was perhaps fortunate to survive a VAR check after he ended up standing on Tierney’s leg after arriving into a challenge late. 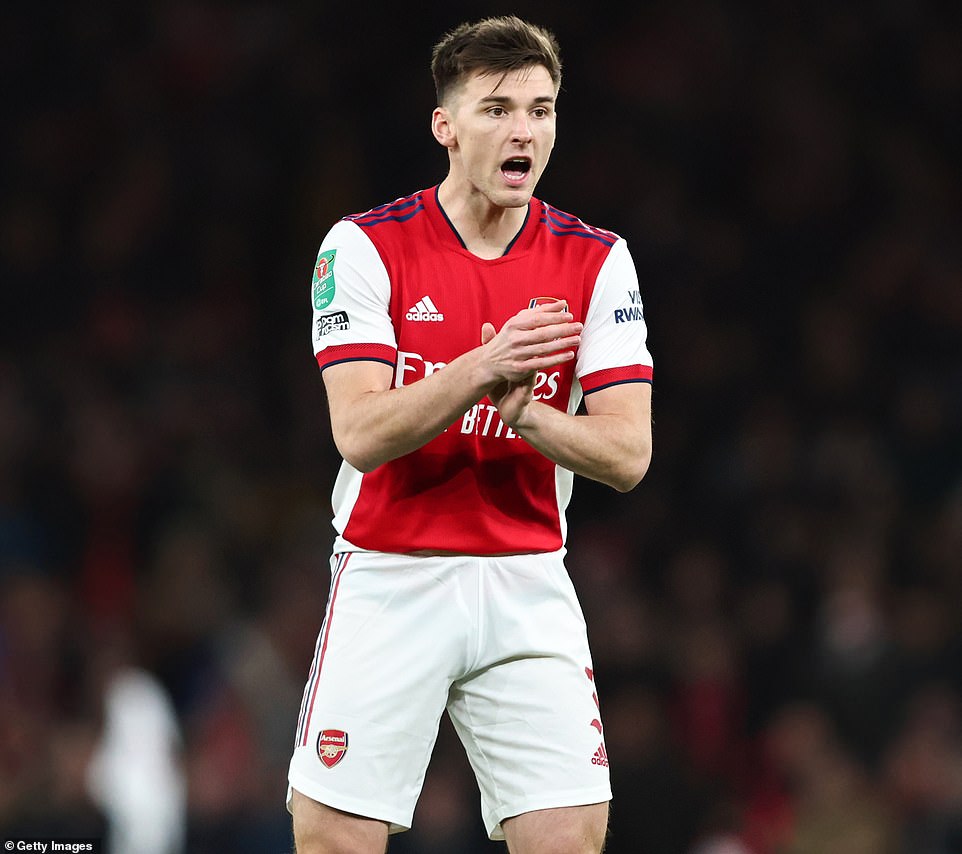 Later in the half, Arsenal’s star performer Kieran Tierney (right) fired over after being set up by team-mate Lacazette 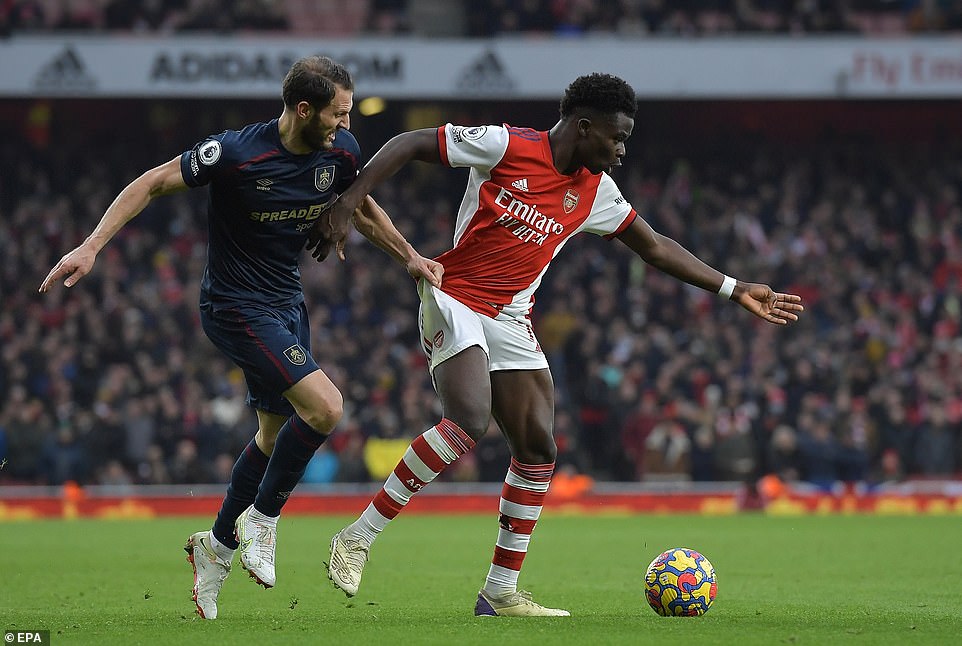 The second half did not get much better for Arsenal. Odegaard – scorer of Arsenal’s free-kick winner at Turf Moor in September – whipped another set-piece onto the roof of the net.

The Norwegian’s corner then found Emile Smith Rowe who forced Pope into a save with a scuffed effort.

In open play, Arsenal’s domination of possession and intent grew but Burnley continued to get the required bodies in the way. When they couldn’t Lacazette’s finishing let him down.

Smith Rowe put the burners on to leave Tarkowski trailing. His cut back seemed perfect for Lacazette but he somehow stabbed wide of an unguarded net with Pope drawn out of his goal.

He was back in position to stop Gabriel’s late effort but it was a tame like Arsenal’s attempts to win the game, in truth.

And they might have even lost it had McNeil punished them following a late Burnley counter rather than flashed his angled drive just inches over the bar. 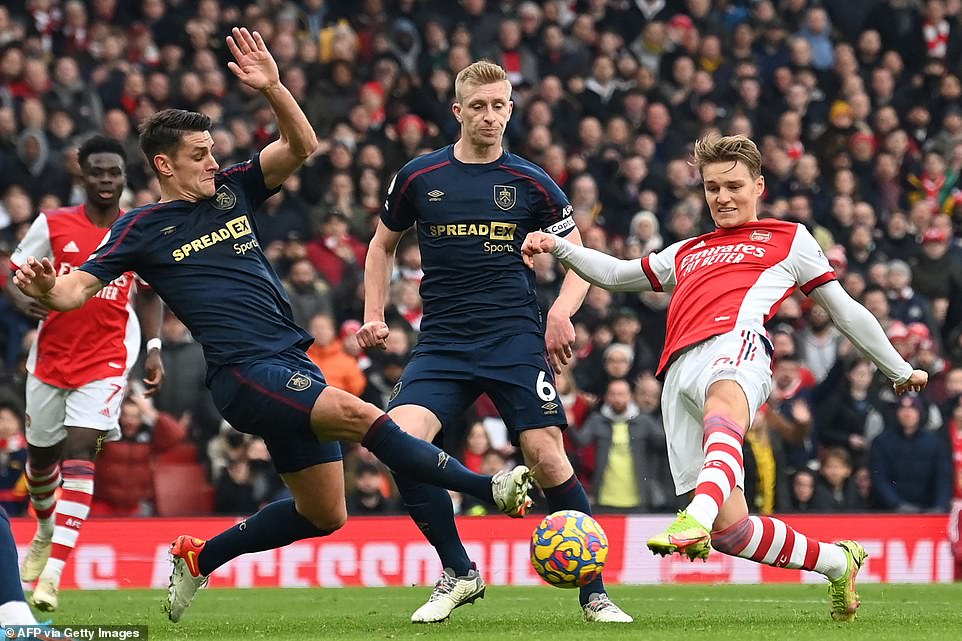