Cesc Fabregas led the fury of fans on social media by hitting out at the ‘terrible decision’ to award Manchester City a penalty in their 2-1 win away at Arsenal on New Year’s Day.

Runaway leaders City extended their lead at the top of the Premier League to 11 points in north London, coming from behind to snatch victory in the dying minutes of stoppage time.

It proved a controversial affair at the Emirates, with Arsenal supporters booing referee Stuart Attwell off the field over two contentious penalty decisions. 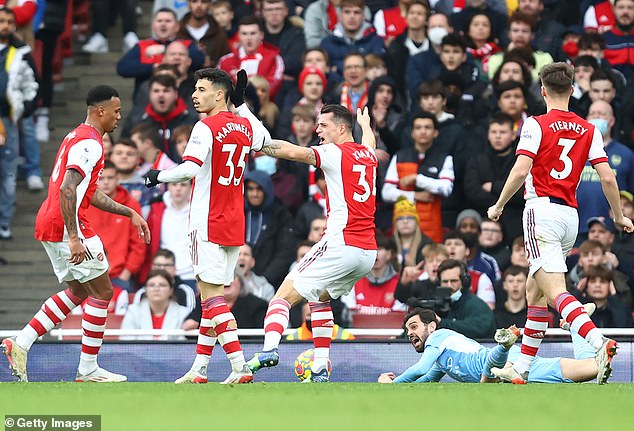 The first saw the Gunners denied what they felt was a clear spot-kick when Martin Odegaard went down in the box from an Ederson challenge, and the second also went against them when Granit Xhaka pulled Bernardo Silva down inside the area and City. Attwell initially decided not to award the spot-kick, until he was consulted by VAR.

‘That’s never a pen,’ he wrote on Twitter. ‘Terrible decision.’

When one user replied to insist the correct call was made, Fabregas replied: ‘He (Silva) was already falling’.

Draw would be the best result for us

A number of supporters concurred with the Spaniard online, questioning the consistency in Attwell’s two key decisions on the day.

Another said: ‘No consistency in the officiating. If this is a pen, what about that first half?’

The United Stand’s Mark Goldbridge also weighed in on the debate and wrote: ‘Never a pen though. Ref is a prat’. 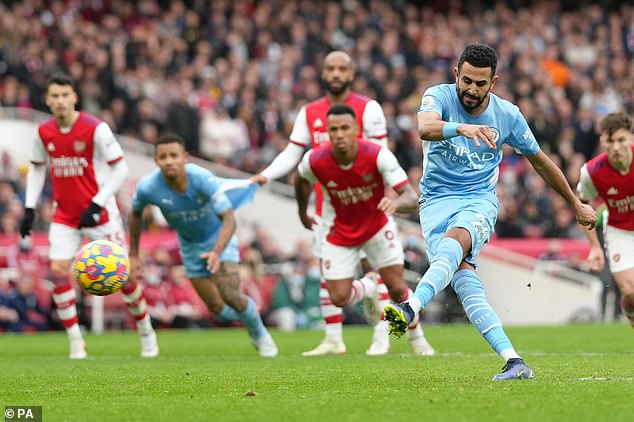 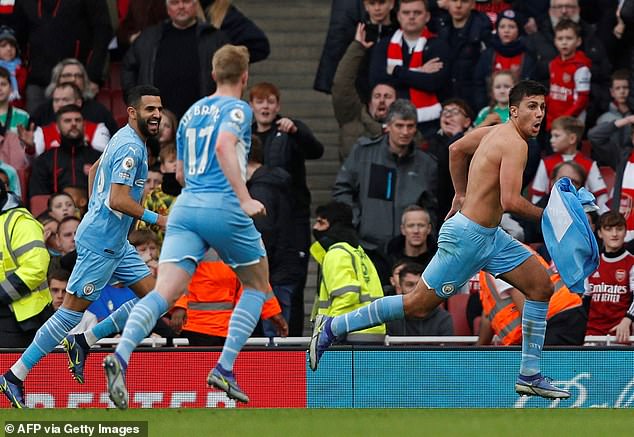 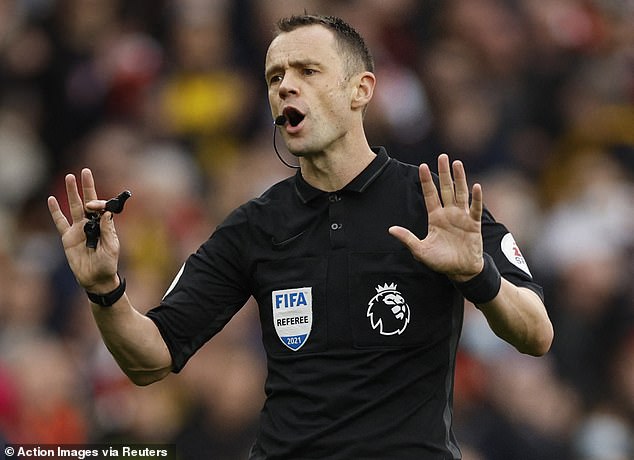 Gabriel also saw red for Arsenal on the hour mark, paying the price for two yellow cards in quick succession.

Bukayo Saka had given the Gunners liftoff after 31 minutes, only for Riyad Mahrez’s penalty to draw City level in the 57th.

And in the third minute of stoppage time, Rodri struck to tighten the visitors’ grip on top spot and leave Arsenal fans seething.