Alexis Sanchez may take his conditioning work seriously but his gym selfies are far more light-hearted.

The Arsenal and Chile star is currently on international duty preparing for the Copa America Centenario and is clearly doing it properly. He shared a snap of him alongside national team colleagues Edson Puch and Marcelo Diaz working hard in the gym.

The trio are clearly tensing, showing off their defined abs following a strength and conditioning session. With the players looking like Adonis their coach, Rolando Carlen, sneaking into the left of shot, more closely resembles a dumpling. 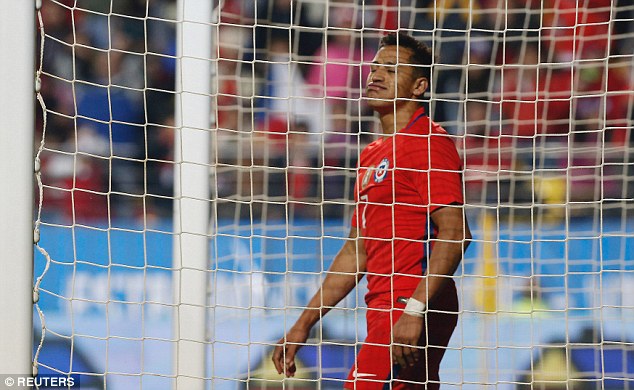 The chubby coach can clearly see the funny side of the muscular scenario as he poses next to the three preening footballers with his t-shirt pulled up to reveal an overflowing gut.

Sanchez captioned the picture ‘ninja turtles’ but it is unclear whether their portly pal is part of the gang. 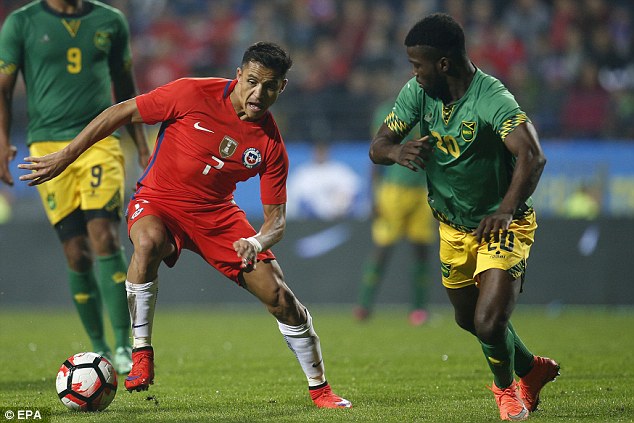 Juan Antonio Pizzi’s world No 3 ranked side went down at home to a team 52 places below them in the FIFA standings as they wasted a number of chances.

Chile continue their pre-tournament schedule against Mexico in San Diego on Thursday before kicking off their Copa America title defence against Argentina the following Monday.

Midfielder Gary Medel insisted the Chile team need to up their standards if they are meet expectations in the tournament opener against Lionel Messi and co. 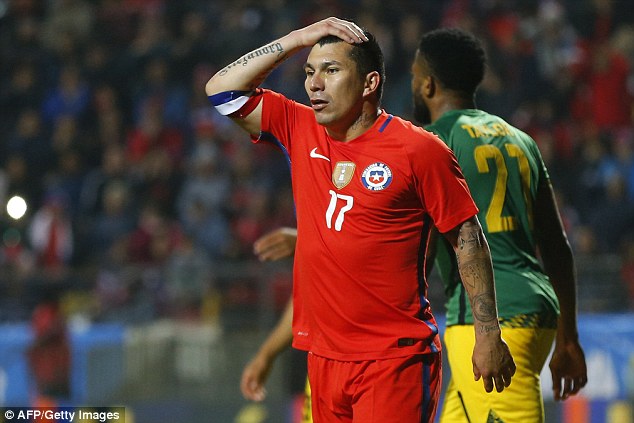 ‘We played very badly in the first half, we didn’t start together, we played disorganised. We realised we were doing things badly, and then we started to create chances and we were able to play our football.

‘We could have taken our chances. We have to analyse things because we can’t relax, we have to be 100 per cent focused. We have to start stronger in the game against Argentina.’