Arsenal have confirmed that Calum Chambers is the latest player to come down with coronavirus ahead of their Carabao Cup quarter-final with Sunderland.

The 26-year-old defender was not included in the Gunners’ last eight clash with the Black Cats on Tuesday night, with the north London club announcing that Chambers is the third Gunners player to contract the virus in the past week.

But the Gunners have stressed that Ainsley Maitland-Niles’ illness – which has ruled him out of the Sunderland clash as well – is not Covid-related.

The Spanish coach told Sky Sports before the cup quarter-final: ‘We had two issues: Ainsley is ill and Callum tested positive. We lost those two.’ 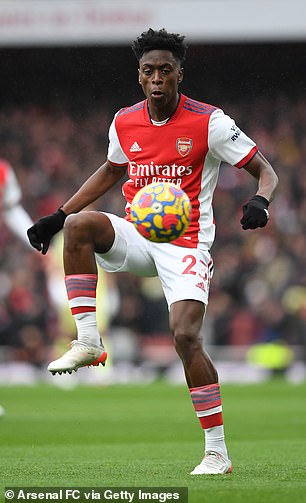 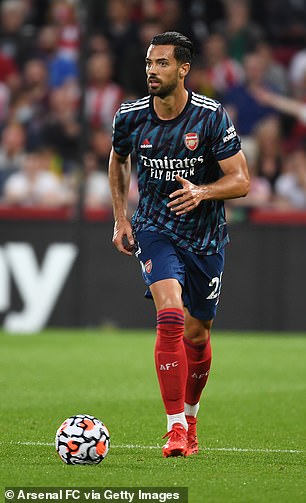 Chambers would have been in line to start Tuesday night’s cup clash for Arsenal as Arteta made wholesale changes to his starting line-up for the Emirates Stadium encounter.

Arteta made nine changes with only centre-back Ben White and midfielder Martin Odegaard keeping their places in the team.

Defenders Cedric Soares, Nuno Tavares and Rob Holding come into the team, with Mohamed Elneny another new face in the midfield. 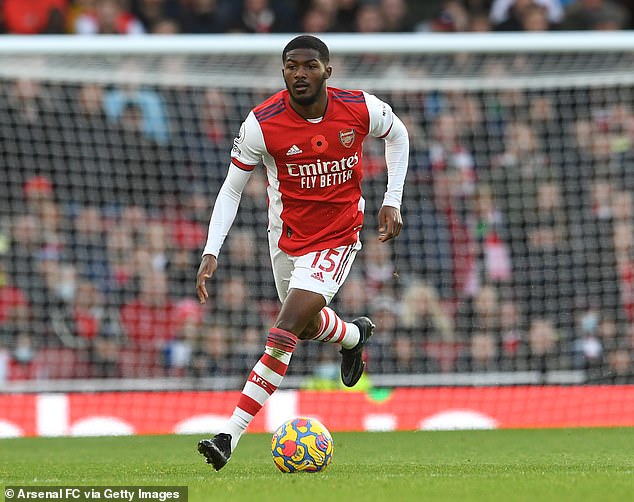 Emile Smith Rowe will start his first match since December 2 in a new-look attack which includes Nicolas Pepe and young duo Eddie Nketiah and Folarin Balogun.

Arsenal are looking to reach the Carabao Cup semi-finals for the first time in four years, when they beat Chelsea to reach the 2018 final but lost to Pep Guardiola’s Manchester City. The Gunners have not won the League Cup since 1993.

Sunderland, who are playing in the third tier of English football, have never won this competition before but did reach the final in 2014 – where they also lost to City.