Arsenal captain Per Mertesacker has claimed the club’s players were left stunned and ‘sad’ after Arsene Wenger announced he will finally leave the club this summer.

Wenger shocked his squad on Friday morning by announcing he will finally step down after 22 years in charge completely out of the blue at the club’s London Colney training base.

In an interview filmed moments after hearing the news, Mertesacker hailed Wenger’s time in charge but claimed the players will need time to digest the news. 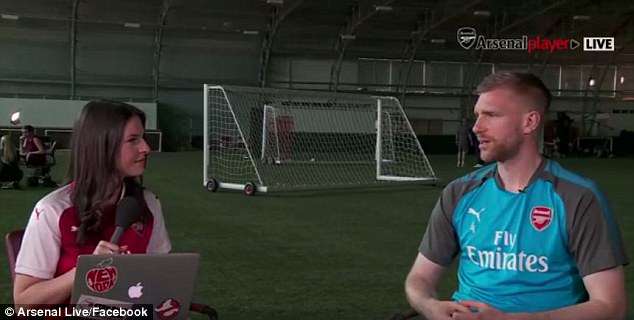 ‘We have just been informed basically and it’s quite emotional,’ Mertesacker told the club’s official website.

‘Obviously he has been at the club such a long time, he has been so supportive to me. One major reason why I’m here is because of him. It’s been emotional and there will be time to digest it but it’s a sad feeling right now.

‘He’s the major figure for this club, more than 20 years, it’s been so impressive to me and he’s trusted me so much in my career, giving me the opportunity to play here, making me captain even when I was injured and giving me a future role here at the club so I’m very grateful and very humble for the opportunity he gave to me.

‘It is a sad day to me but we’re moving forward to the future. It’s in Arsene’s interests as well that we will bring positive memories to the fans and to the people.’ 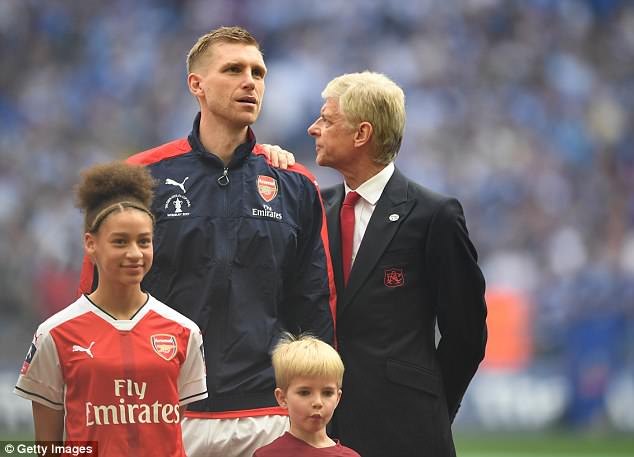 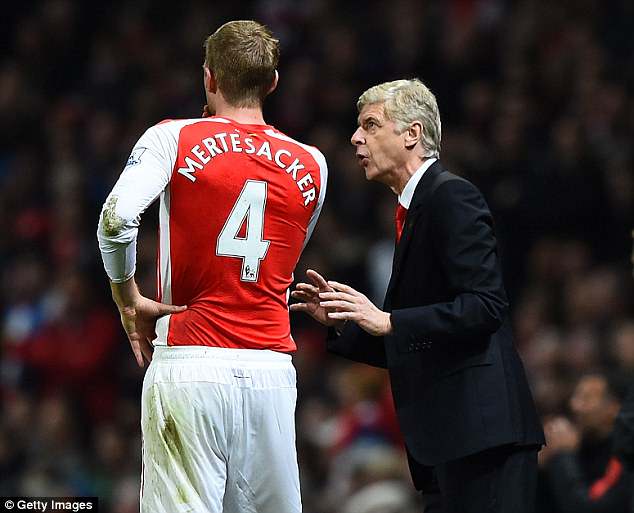 Despite suffering a knee injury, the towering German defender was named club captain in 2016

Wenger penned an emotional statement to Arsenal supporters on Friday morning as he announced his departure, offering them ‘my love and support for ever’.

Wenger dropped the bombshell ahead of Arsenal’s Premier League clash with West Ham at the Emirates on Sunday afternoon. There has been open unrest at the club in recent years following the Frenchman’s failure to win a league title since 2004.

He has however won 10 major trophies during his time in north London and will be remembered as the club’s greatest ever manager.