Arsenal have been informed that the controversial red card shown to defender David Luiz against Wolves will stand, and the player will now undertake a suspension.

Luiz was handed the straight-red dismissal following an apparent coming together with striker Willian Jose inside the area, which saw the Wolves forward left sprawling on the turf as a result.

Luiz immediately pleaded his innocence to the referee after a penalty kick and red card were awarded, only for the Video Assistant Referee to back up the decision and confirm his exit from the field. 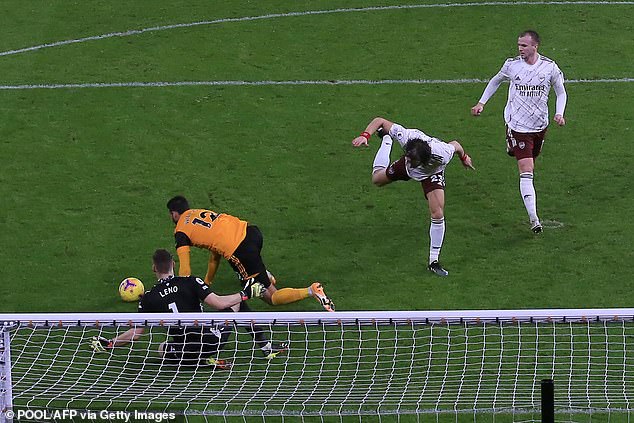 Arsenal were left seething with the decision, and went on to lose the game 2-1 in the Midlands to see their Premier League season take another set-back.

In the aftermath of the tie manager Mikel Arteta confirmed the Gunners would appeal the decision, and said he would accept the call if VAR could clearly justify why the action was taken.

However, on Thursday afternoon the Gunners took to their official website and social media accounts to let supporters know that the FA would not be overturning the decision.

‘The Football Association have confirmed to us that the red card given to David Luiz on Tuesday against Wolves will stand,’ Arsenal commented.

A club statement then added: ‘We have worked really hard to overturn David Luiz’s red card.

‘We presented our case to the FA but are disappointed that our appeal has been unsuccessful.

‘We accept the FA’s decision and continue our preparations for Saturday’s match against Aston Villa.’