Angry Arsenal fans decided to confront Mikel Arteta outside the Emirates Stadium on Sunday following their 2-0 loss to Chelsea.

A group of frustrated supporters surrounded the manager’s car to prevent him from leaving the club after they registered their second loss of the 2021-2022 campaign.

The fans were heard asking the under-fire boss to ‘leave’ Arsenal after their worst start to a season in their 118-year history. 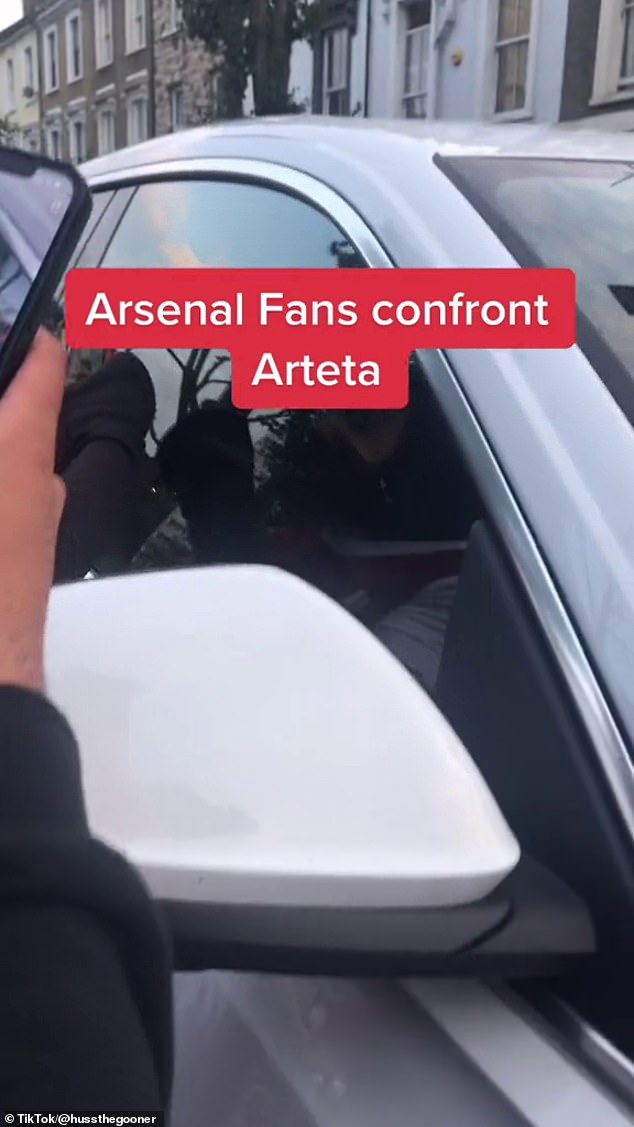 Arsenal suffered another Premier League defeat on Sunday after goals from Romelu Lukaku and Reece James saw the visitors walk away with three points.

The result also marked Arsenal’s second loss of the campaign, after a disappointing performance against Brentford the week before saw them lose 2-0.

Therefore, Arteta’s side have failed to pick up any points or score any goals in their opening two games – making it their worst start to a season in 118 years.

Fans have made their stance on the situation clear, having booed their own players off the pitch at both the half-time and full-time whistle across the two weekends.

They have also approached the manager directly to discuss the situation and ask him to ‘do Arsenal a favour by leaving the club’. 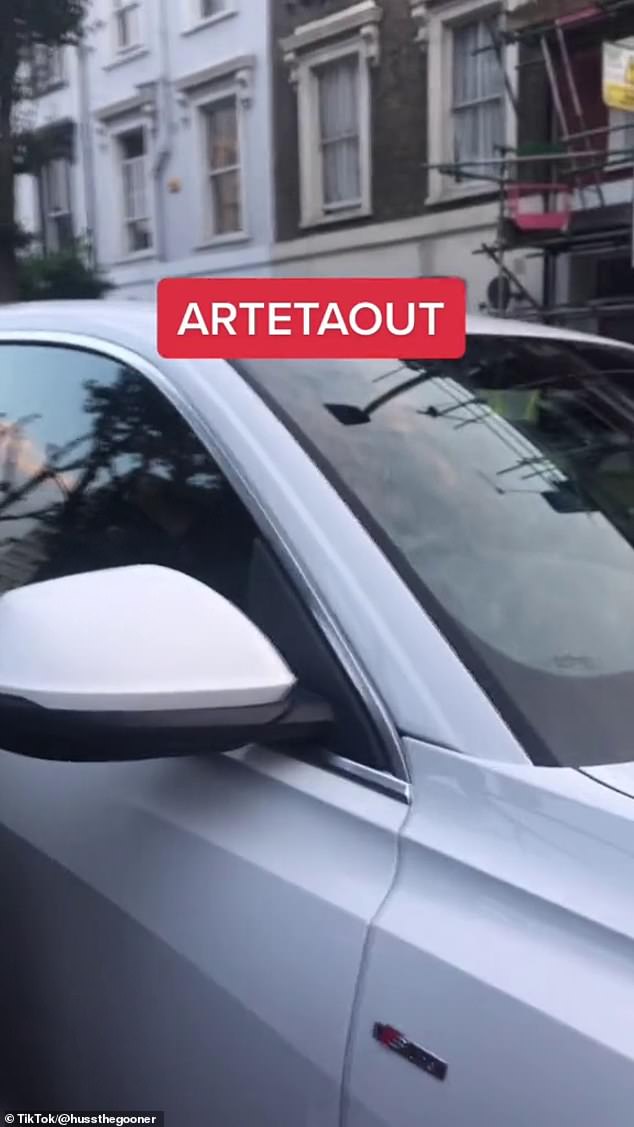 Following Arsenal’s home game against Chelsea, Arteta was harassed by a group of fans who swarmed his car outside the stadium.

The fans prevented the manager from leaving the club as they stood around his car and asked if he thought Arsenal’s performance was ‘good enough’.

The group of men were also heard saying: ‘Arteta, do yourself a favour and leave the club’ before security guards escorted them away from the vehicle.

The manager, who was sat inside the silver car, did not respond to the fans’ line of questioning and instead used his horn to try and persuade them to move.

The video – which was shared on social media with the caption ‘These performances are not good enough’ –  has received over 9,000 likes and 700 comments. 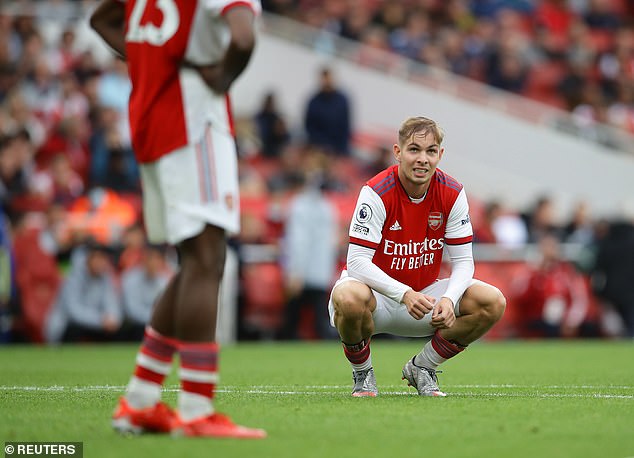 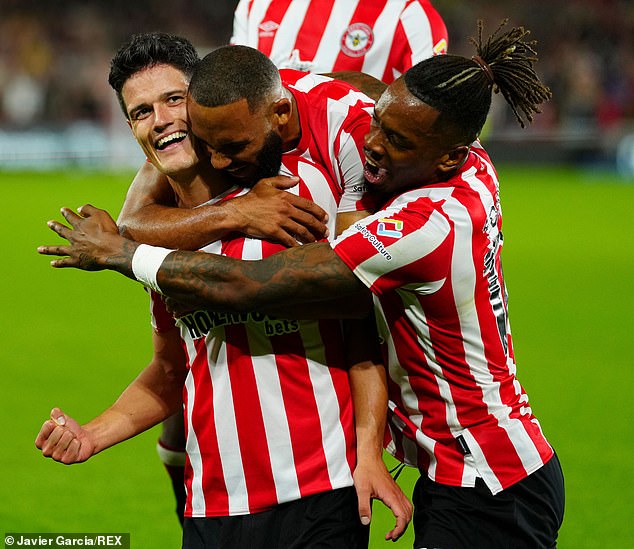 Some Arsenal fans supported the decision to question the manager by commenting on the video saying: ‘Good on them, get Arteta out now’.

While others felt the fans were wrong to not only confront Arteta but to ask him to leave the club.

One fan wrote: ‘I agree Arteta out but this is unacceptable how they have confronted him in his car’.

Another added: ‘What do they want him to do. He’s not good enough, so what? He’s not just going to quit. It’s the board, they’re the ones you should be harassing.’

While one supporter said: ‘Same embarrassing fans that wanted Wenger out after all he did for the club over the years.’ 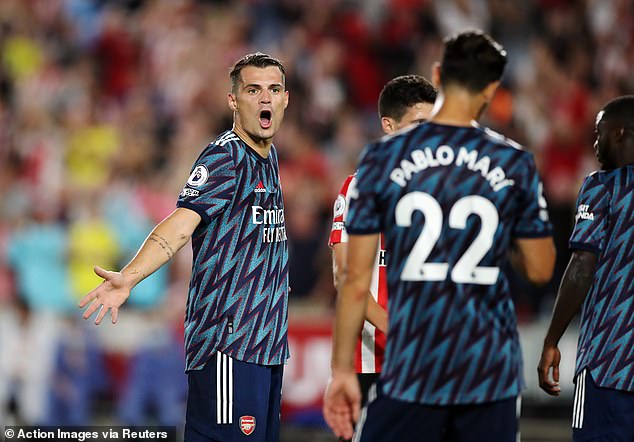 As a result, Arteta’s side have failed to pick up any points or goals in their opening two games 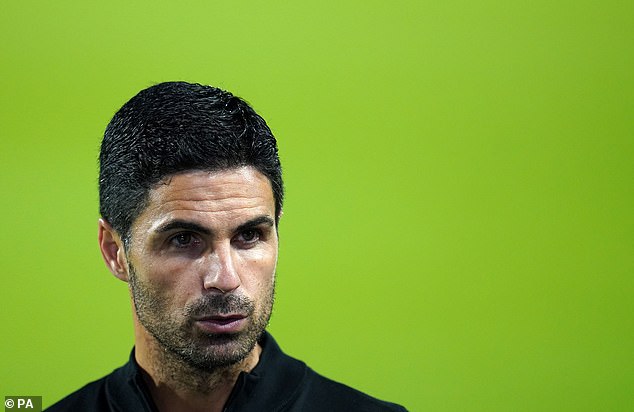 Arteta shared his thoughts on Arsenal’s performance after the game in his post-match interview.

He said: ‘Chelsea deserved to win, I think they were the better side overall. We had moments at the start of the first half and at the beginning of the second half.

‘After conceding the goal they started to manage the game exactly how they wanted. When we had them in good areas and without the ball with our press they still managed to come out with the incredible quality that they have.

‘They showed in moments why they are the champions of the Champions League.

‘What I liked about the team is that at 2-0 they never gave up, they tried right up to 90 minutes. 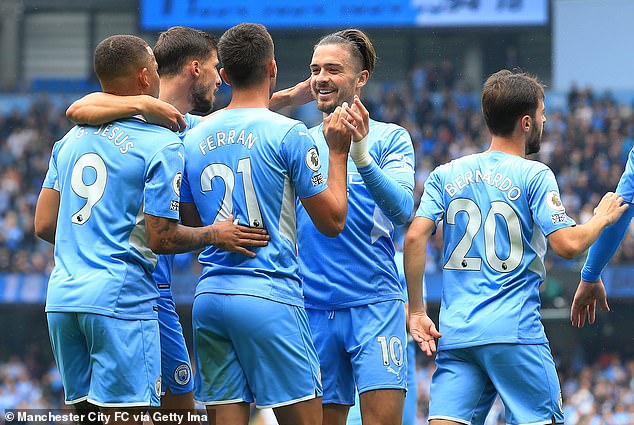 ‘With our limitations, because at the moment we are missing eight or nine players.

‘I’m sad, sad for the fans because we really wanted to give them something special today. Even though we know the circumstances we have with the team at the moment, and not being able to do that and enjoy this moment with them is sad.’

Arteta will be hoping to turn Arsenal’s form around in their EFL Cup match away at West Brom on Wednesday night.

Arsenal will then face reigning Premier League champions Manchester City in an early kick-off on Saturday.