Arsenal forward Alexis Sanchez has moved to allay fears over the ankle injury he suffered during extra-time in the Copa America final win over Argentina.

The 27-year-old was substituted after 104 minutes of the match at MetLife Stadium in New Jersey – which Chile went on to win following a penalty shoot-out – in the wake of a heavy tackle by Gabriel Mercado.

After the match on June 27, Sanchez posted photos on his personal Twitter account of a badly swollen left ankle. 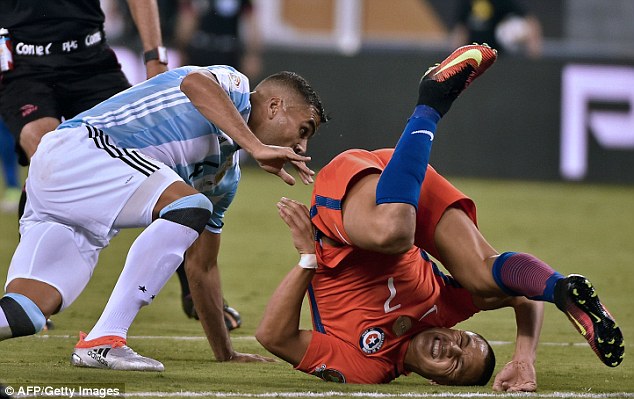 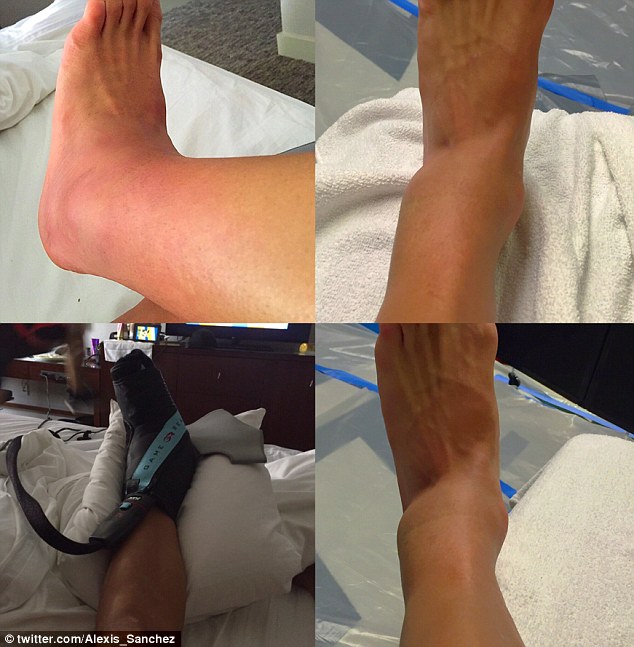 The Chile forward followed those on Thursday with updated images of the heavy bruising which has since developed while he recuperates on a break in New York.

Sanchez added on the social media site: ‘Fourth day of my vacation, locked up in the hotel bored hahaha…. But I’m already much better.’

The Gunners forward then made another post, saying: ‘Your body can endure almost everything… it is your mind that you have to convince’. 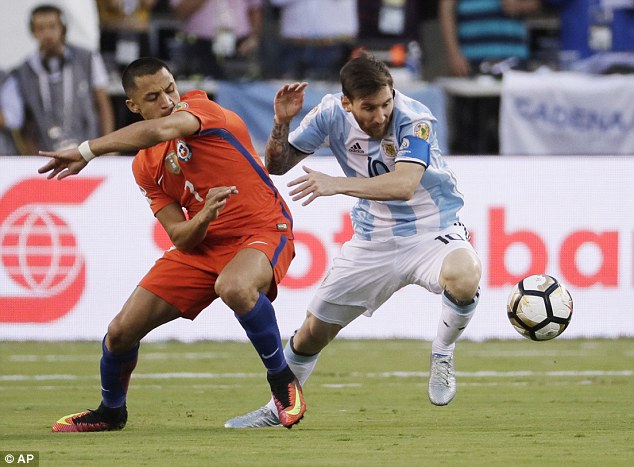 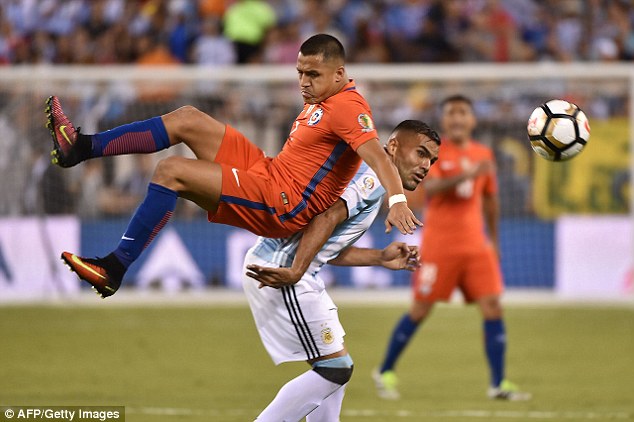 Arsenal are scheduled to start their pre-season with a tour to the United States for friendly matches in San Jose and Los Angeles at the end of July.

Sanchez will hope to be ready in time for his side’s US excursions as the Gunners look to improve on their trophy-less last campaign.

The former Barcelona winger scored 17 goals in 40 games for Arsenal last season, and has been linked with a move to Juventus.

Arsene Wenger’s squad have further warm-up games against Viking FK in Stavanger, Norway and then meet Manchester City in Sweden before their domestic campaign kicks off against Liverpool at the Emirates Stadium on August 13.