Pierre-Emerick Aubameyang appears to have made his intentions at Arsenal clear after becoming the new occupant of their iconic No 14 shirt following his deadline day arrival from Borussia Dortmund.

The Gabon striker follows in the fabled footsteps of Thierry Henry, who wore the shirt from 1999 to 2007 and scored a club record 226 goals in the process before leaving for Barcelona, where he also wore the No 14.

Aubameyang is already under pressure to perform following the club-record £55.4million that Arsenal have paid to sign him from Dortmund, but has now set himself up to be compared against the club’s best ever player. 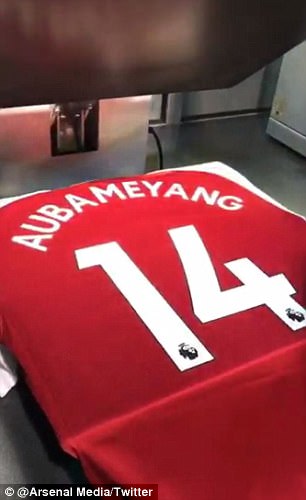 He has also become the best-paid player in the club’s history on a three-and-a-half-year contract worth £180,000 per week, and will be expected to replicate the form he displayed in the Bundesliga from the off.

They also cut a similar physical frame on the pitch. Henry’s incredible pace left even the nippiest of Premier League defenders eating dust and Aubameyang is widely regarded as one of the fastest players in European football. 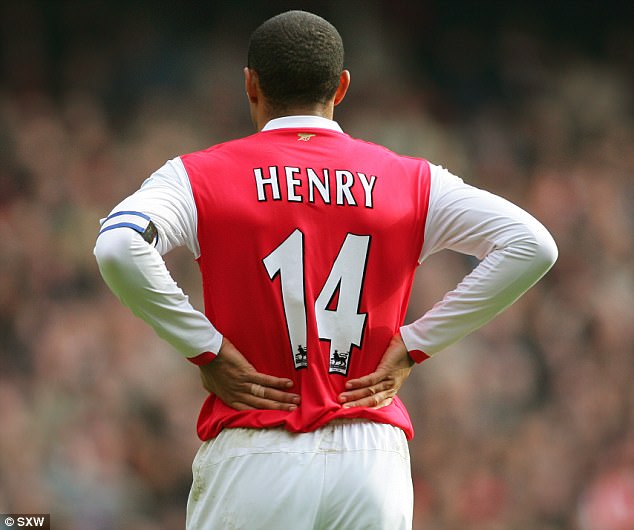 Having joined much later in his career (Henry was just 22 when he moved to Highbury from Juventus), it would take an incredible effort to challenge Henry’s all-time scoring record.

But he will certainly have eyes on overtaking the goal hail of the shirt’s most recent occupant. After lying vacant for a year following Henry’s exit, it was inherited by Theo Walcott ahead of the 2008-09 season.

As most Arsenal fans will tell you, Walcott never did quite live up to the early hype of being Henry’s successor, but he still scored a very respectable 100 goals with the shirt on his back before joining Everton earlier this month.

Other notable wearers were Michael Thomas, the scorer of Arsenal’s league-winning goal at Anfield in 1990, and Martin Keown, who wore the shirt for six years between 1993 and 1999 before moving to the No 5. 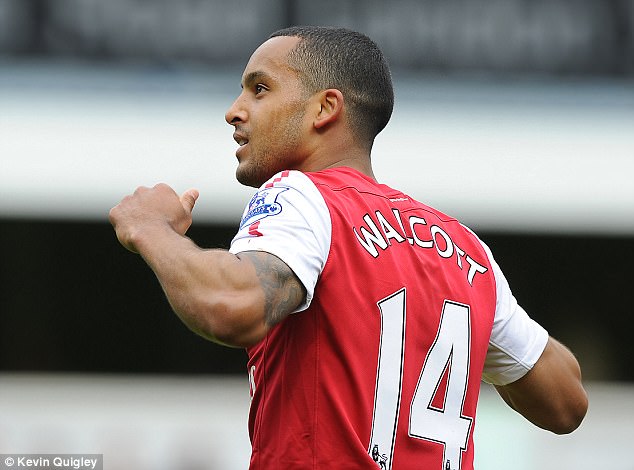 Theo Walcott inherited the No 14 shirt, but failed to live up to Henry’s incredible career