Arsenal have lodged an ‘important bid’ for Italy star Manuel Locatelli, reveals Sassuolo chief as the Gunners seek to beat Juventus in the race to sign £34m-rated midfielder

Arsenal have made an offer for Italy international Manuel Locatelli.

The 23-year old Sassuolo midfielder was expected to join Juventus after the European Championship but Sassuolo chief executive Giovanni Carnevali said Arsenal are very much in the running.

Talking to Italian Sky, Carnevali said: ‘Juventus are the only Italian club we talked to about Locatelli.

‘It is true that there are foreign clubs interested, including Arsenal and so far they are ahead and are the only side realistically to have made an important proposal for Manuel.

‘They’re pushing hard to sign Manuel and it’s an important bid… we will see.

‘Juventus also want Locatelli and we have a special relationship with them. A new meeting has been scheduled with Juve.’ 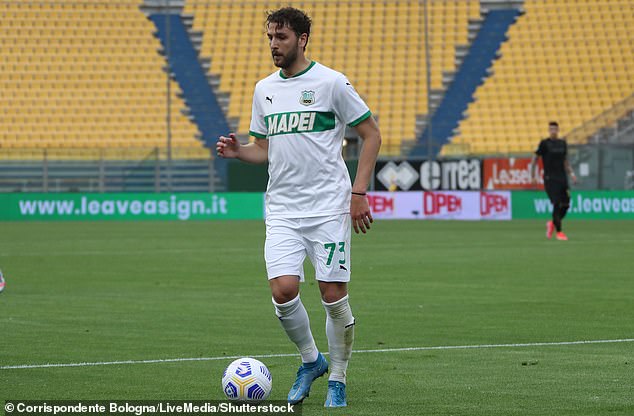 Juventus were close to signing Locatelli last season and Sassuolo have slapped a €40million (£34m) price tag on him.

He has played an integral part in Italy’s progress to the quarter-finals at Euro 2020 after replacing the injured Marco Verratti.