Arsenal are hopeful David Luiz can play again this season despite the central defender limping off with a hamstring injury on Sunday.

Luiz, who has only just returned from major knee surgery, suffered his latest injury in the weekend win at Newcastle to cast doubt on whether he can play again this season.

But the injury is not said to be serious and there is feeling the 34-year-old can play a role in Arsenal’s run-in.

The news will comes as boost to Mikel Arteta, whose side have been beset by injuries in recent weeks.

It remains to be seen whether Luiz can play a role in Thursday’s crucial Europa League semi-final second leg clash against Villarreal, a tie they are current losing 2-1. 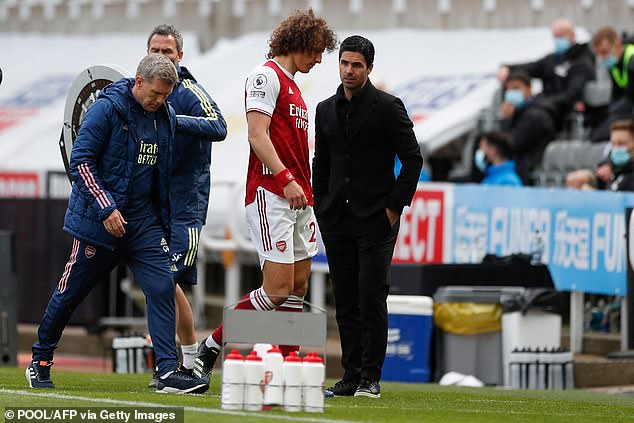 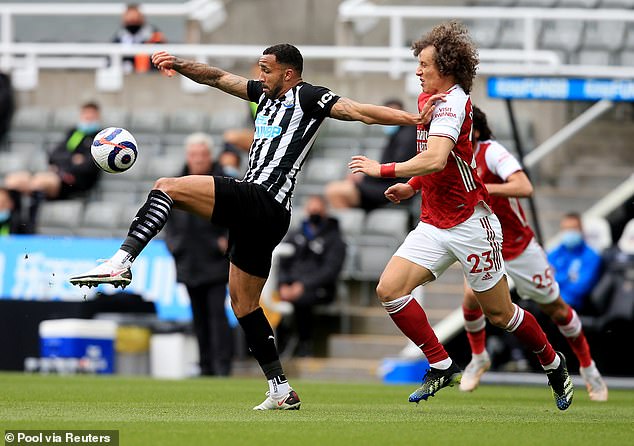 Luiz, who is out of contract this summer, made his return to action in the clash with Newcastle

Luiz is currently due to leave the Emirates this summer when his contract expires, sparking concerns that he may have played his last game for the Gunners.

But news that the injury is not as bad as first feared has raised expectation that Luiz will play for Arsenal again.