Strugglers Deportivo La Coruna and Espanyol both claimed important wins to pull away from the La Liga relegation zone.

In Gran Canaria, Deportivo were facing a Las Palmas team who, despite their own lowly position in the table, beat the Galicians 4-1 in the Copa del Rey last week.

Former Chelsea striker Loic Remy put the islanders on the right track towards emulating that outcome when he fired Jonathan Viera’s assist beyond Costel Pantilimon after only seven minutes.

However, goals either side of the break from Celso Borges would give Cristobal’s Deportivo side the upper hand.

Federico Cartabia set the Costa Rican up for his first effort and it fell to Lucas Perez to provide the ball that Borges tucked over the line in the 54th minute.

Then, in the 69th minute, Arsenal loanee Perez converted a penalty to rubber-stamp the result. 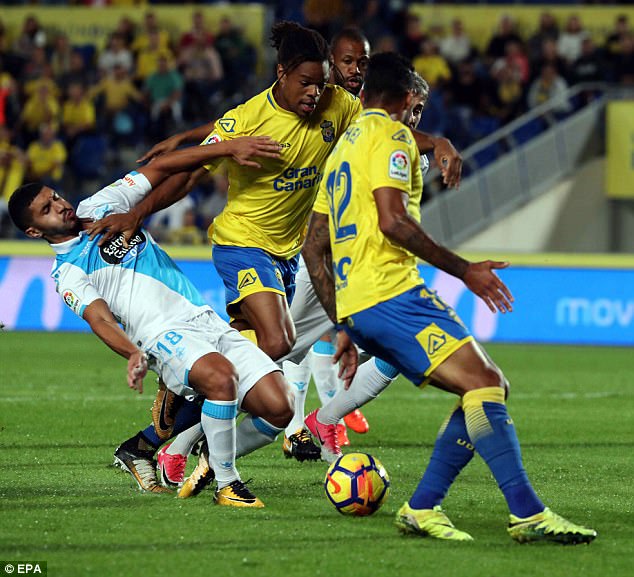 It was a fourth goal in Perez’s last five outings for the club he has rejoined after a disappointing spell in the Premier League with Arsenal.

Espanyol opened a seven-point gap on the bottom three by seeing off high-flying Real Betis 1-0.

The Andalusian visitors to the RCDE Stadium had won five of their nine league games heading into this clash, but on Monday night they failed to score in a game for the first time since the opening day.

The destination of all three points was decided by Gerard, the Villarreal academy graduate who capitalised on an opportunity presented to him by Pablo Piatti in the 55th minute. 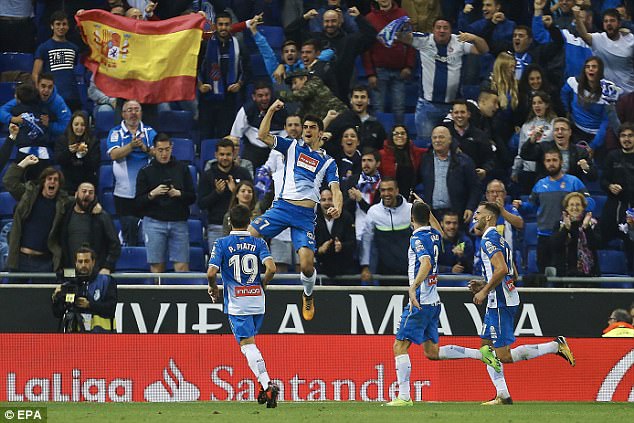