Arsenal matchwinner Emile Smith Rowe is praised for ‘exceptional’ performance against Chelsea, as Jamie Redknapp insists he was the best player on the park as Ashley Cole labels young midfielder a ‘leader’

Emile Smith-Rowe has been praised for his ‘exceptional’ display that was key in helping Arsenal take three points from their visit to Chelsea.

The England youth international helped to blow the race for Europe wide open by grabbing the only goal of the game at Stamford Bridge, pouncing on a mistake by Jorginho to fire home on 16 minutes.

His assured display kept Mikel Arteta’s men ticking in the middle of the park, and Sky Sports pundit Jamie Redknapp was quick to pick up on the 20-year-old’s contribution.

‘I have to mention Smith-Rowe, he was excellent today, he was the best player on the pitch, he made things happen,’ insisted the former Liverpool and Tottenham midfielder.

‘Everything he did he did with a purpose. I thought he was exceptional and he has been like that all season since he’s gotten into the team.’

It has been a season of relatively few bright notes for Arteta and his side, with European qualification for themselves seemingly a distant prospect, but the performances of their young players have brought some solace.

And in Smith-Rowe, Redknapp believes Arsenal possess a talent capable of replicating the progress of another young England star.

‘He is an exceptional player and he travels so well with the ball,’ he continued. 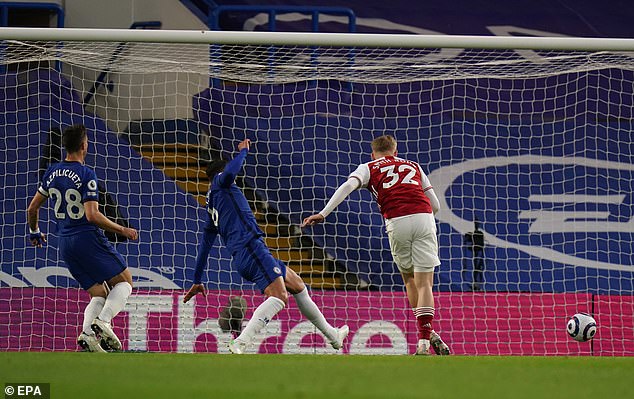 ‘There is certain players.. when Grealish has the ball at his feet it is very similar the way they move and it is a nightmare to play against he can go off either foot. He is a very clever player.

‘He has been the bright spark of that team. They have needed players like him. I was really impressed with Smith-Rowe he deserved his goal and was the best player on the pitch for me.’

Ashley Cole came through the ranks at Arsenal before moving to Chelsea, and he was similarly impressed by Smith-Rowe’s performance – labelling him a ‘leader’. 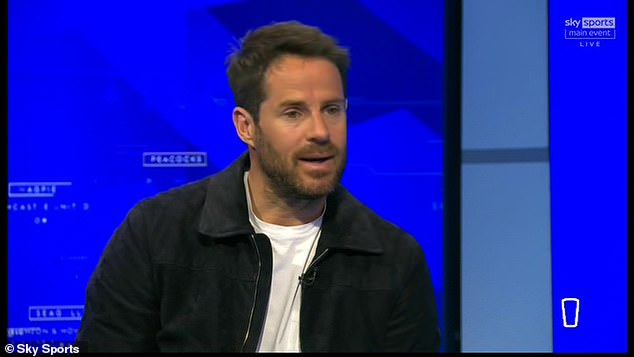 Jamie Redknapp was full of praise for the England youth international, calling him ‘exceptional’

‘Smith-Rowe was that outlet for Arsenal and has showed bits today, he has so much quality,’ he said.

‘For a young boy he is always willing to get on the ball he is showing that bravery in tight areas.

‘He has got the vision. His support play is good and his tactical understanding. He is one of these leaders at such a young age.’ 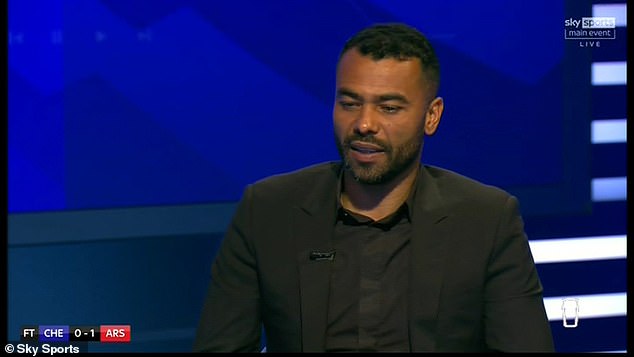