‘It was a decision that might surprise people… but it is a club with a lot of ambition’: Nicolas Pepe admits Arsenal’s lack of Champions League football saw critics question his £72m summer switch

Arsenal’s club-record signing Nicolas Pepe admitted his move to the Emirates left some people surprised given the club cannot offer him Champions League football this season.

Pepe was a revelation at LOSC Lille last season and helped ensure the northern French club qualified for Europe’s premier club competition before moving to Arsenal in a £72million move.

Unai Emery’s side had to settle for the Europa League but in an interview with Canal+ Pepe looked to clear up suggestions he made a backwards step in joining. 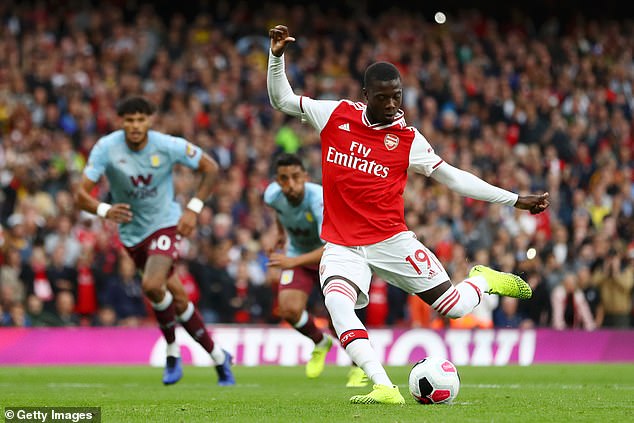 ‘In terms of what he said, for me it was a decision that might surprise people, because it is not a club that is in the Champions’ League, but it is also a club with a lot of ambition. We are playing the Europa League which is still a European competition. We want to win it.

‘The coach is used to this competition, he has already won it with Sevilla, last year they were in the final. The aim is to do better and therefore win this competition.’