Arsenal have revived their interest in Napoli playmaker Jorginho, according to reports in Italy.

The Italy international has been instrumental to Napoli’s flying start to Serie A, where they have won 10 of their first 11 matches and lead the standings by two points over second-place Inter Milan.

According to Tuttomercato, Arsenal could move for the 25-year-old next summer. He has scored twice in 110 appearances for Napoli since joining from Verona in January 2014. 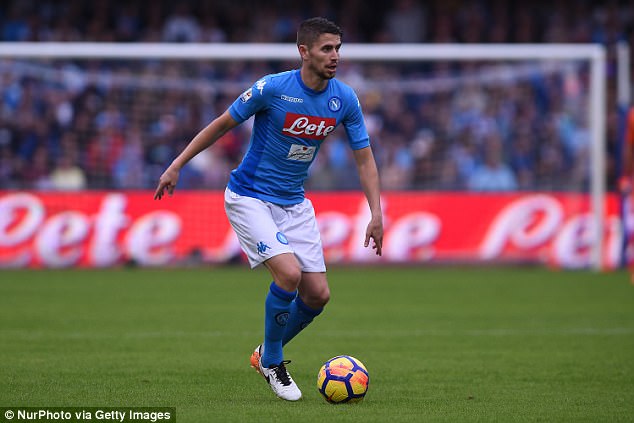 He was initially linked with Arsenal in March 2016 after his agent Joao Santos claimed the Gunners and Real Madrid were impressed by the player’s form.

‘Only compliments, nothing more. But it’s pleasing to receive expressions of respect from one of the most prestigious clubs in the world.’

Jorginho will be in action on Wednesday in Napoli’s Champions League encounter at home against Manchester City.

The Italian side have so far failed to reproduce their superb domestic form in European competition. 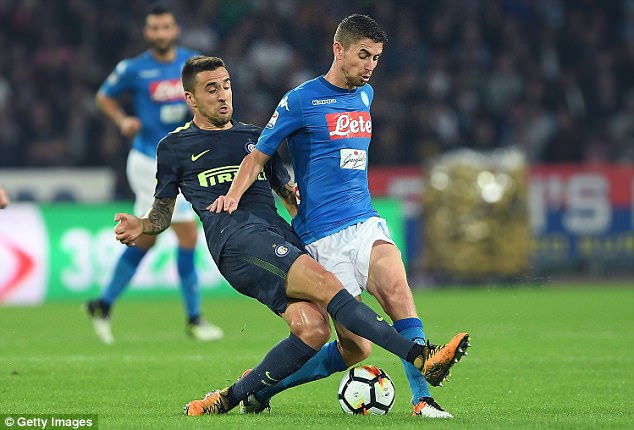 They are third in Group F of the Champions League with three points from three games, winning once and losing twice.

If City defeat Napoli, they will book a place in the last 16 of the competition.