Arsenal closing in on their first signing of the January transfer window with £900,000 capture of Hertha Berlin’s Omar Rekik to be completed this week

By Simon Jones and Luke Augustus for MailOnline

Arsenal are set to confirm the £900,000 signing of Hertha Berlin defender Omar Rekik this week.

The 19-year-old will be the first signing of the January transfer window for Gunners boss Mikel Arteta.

Rekik is a centre back but is not expected to be part of Arteta’s first-team plans straight away, due to their surplus in this position currently.

Hertha Berlin defender Omar Rekik is set to join Arsenal in a £900,000 deal this week

The teenager is already an international choosing to represent Tunisia through his father’s heritage – rather than representing Holland, where he was born.

It is believed that Per Mertesacker, current Arsenal academy coach, had a key part in making the deal happen.

According to football.london, Arsenal are keen to loan their impending signing back to Hertha to aid his development but as of yet not decision has been made. 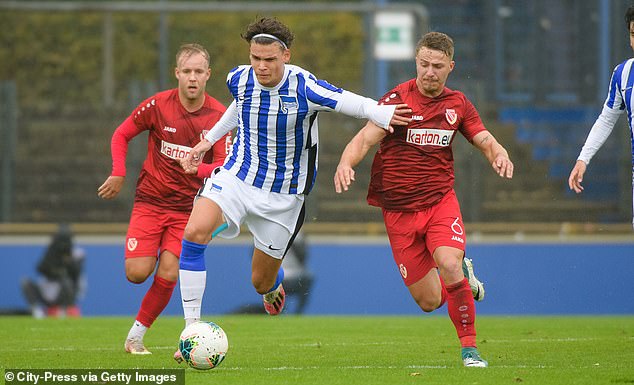