Arsenal’s approach for Patrick Vieira has been slammed as tokenism and ‘despicable’ by former player Ian Wright.

The north London club will appoint Unai Emery as their new manager following the end of Arsene Wenger’s 22-year reign. They suddenly switched from another former player in Mikel Arteta at the last minute.

Arsenal contacted New York City boss Vieira, who helped the club to three Premier League titles, to gauge his interest but Wright believes it was an embarrassing step by the club.

Ian Wright has slammed Arsenal for an approach to Patrick Vieira, dubbing it ‘tokenism’ 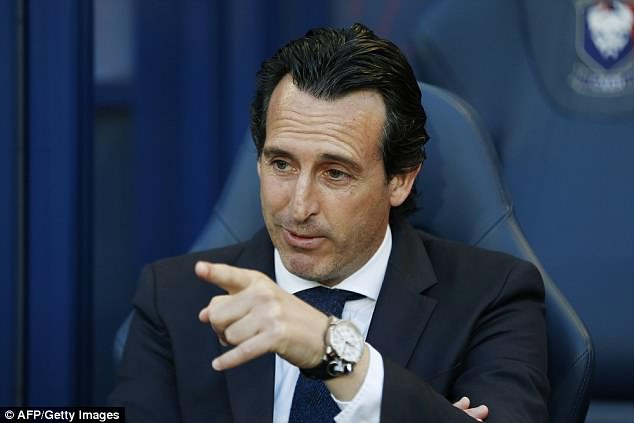 Arsenal will appoint Unai Emery as their manager this week, replacing Arsene Wenger

Speaking on BBC 5Live, Wright said: ‘One of the saddest things was Arsenal getting in touch with Patrick (Vieira) was tokenism.

‘To go from Arteta, who I was thinking was getting it, was fine, to approach Patrick like that, a legend of the club like that, I think that was despicable.’

Asked whether it was tokenism because he was a club legend or because he was black, Wright continued: ‘I don’t know. You can choose, whichever way. Did they do it maybe because they had to interview?

‘If they’ve just gone from Arteta to Unai Emery, who you say they spoke to ages ago – he was 66/1 or whatever it was – why did they do that to Patrick if they had no… this is what I’m talking about. Embarrassing, embarrassing thing to do.’ Vieira, who was contacted over the job, has managed New York City in MLS since 2016

Wright added: ‘It’s like they’re at the sushi shop.

‘What’s going on at Arsenal, where’s Unai Emery come from? I can’t get it out of my head.

‘You’d have thought that by now they would have known exactly what’s going on. Unai Emery’s now the favourite, he’s going to be the manager?

‘Good luck to him if he comes in and gets it. I’ll back him. The fact is you just want people upstairs to be decisive with what they’re doing. I think they’ve had the time. This is the problem I’ve got.’ 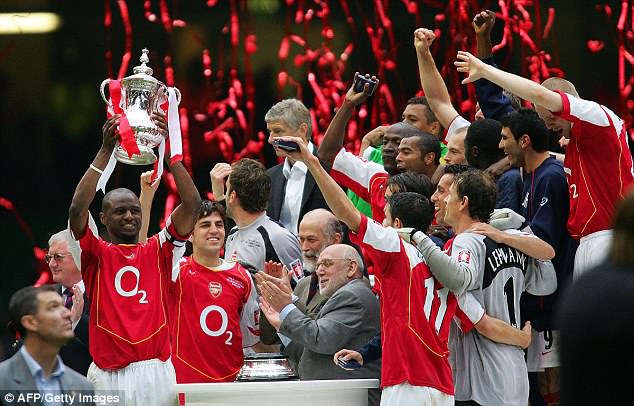 Emery has held positive talks with the Arsenal hierarchy and overtaken Arteta in the race to land the job.

Arteta met with Arsenal officials last week and those close to the Spaniard believed he was on the verge of getting the role.

But the Gunners have since held discussions with Emery, who is expected to be presented as the club’s next manager in the coming days.

Arsenal chief executive Ivan Gazidis was on Monday night thrashing out the finer details of the deal with Emery’s representatives.