Arsenal stars jet off for mammoth 5,000-mile trip to Azerbaijan to face Qarabag

Arsenal have embarked on their mammoth Europa League trip to the Azerbaijani capital of Baku as they prepare to take on Qarabag.

Unai Emery, his staff and players boarded their plane at Luton Airport on Wednesday morning ready for the 2,465 mile, 5.5 hour journey to the shores of the Caspian Sea.

Baku, which is further east than all of Iraq and parts of Iran, is, with the exception of Kazakhstan and some Russian clubs, the most easterly outpost of UEFA’s jurisdiction.

This is the furthest Arsenal have ever travelled for a match in European competition. 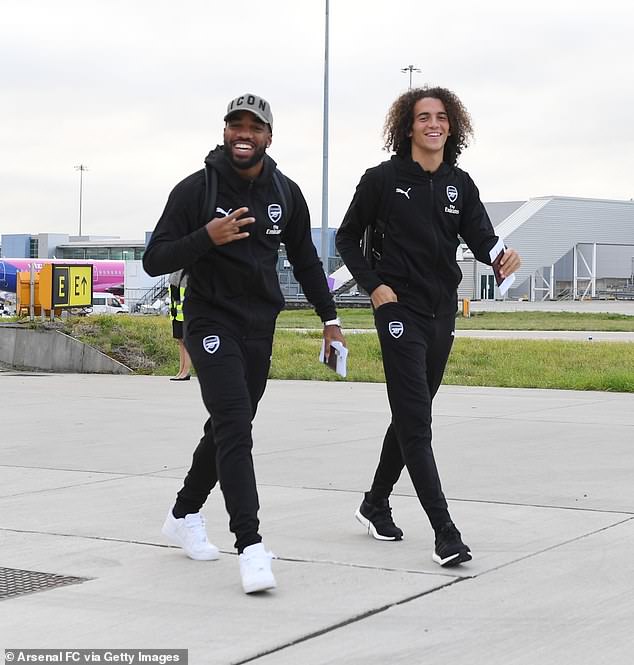 Alexandre Lacazette and Matteo Guendouzi on the tarmac ahead of the 5.5-hour flight to Baku 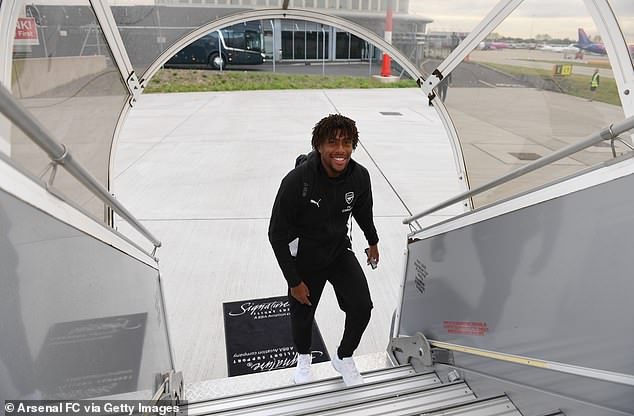 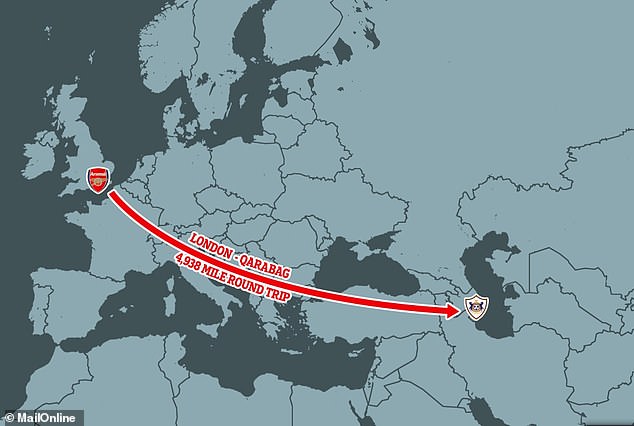 It is a near 5,000-mile round trip for the Gunners from London to Baku to face Qarabag

The Gunners have been dealt a far from ideal hand in Group E, with a 3,028-mile round trip to Ukraine to play Vorskla Poltava still to come at the end of November.

Having beaten Vorskla 4-2 in their opening group match at the Emirates Stadium a fortnight ago, Arsenal will be hoping to cement their place at the top of the standings with another win.

Victory would be their eighth in succession in all competitions as the squad become more and more accustomed to Emery’s methods and style of play. 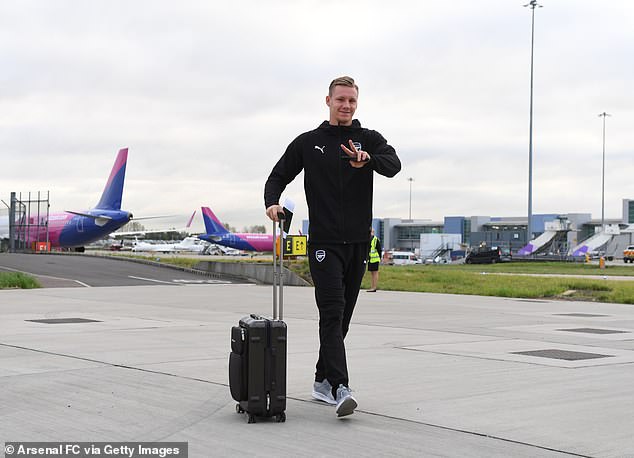 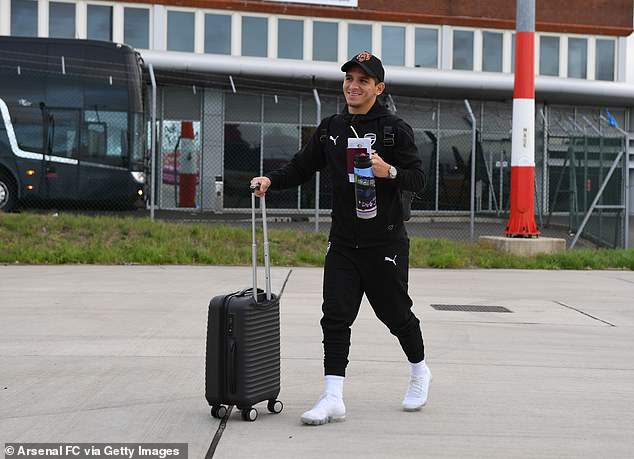 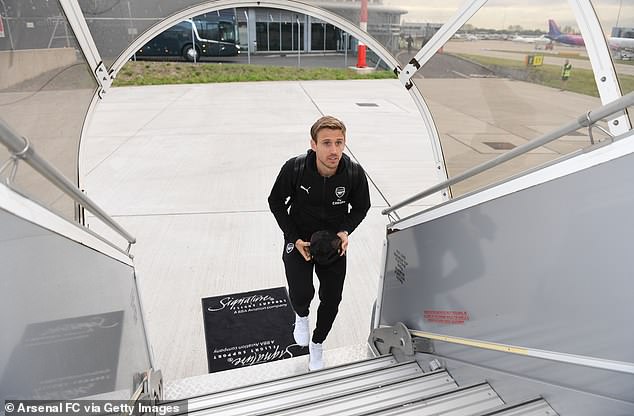 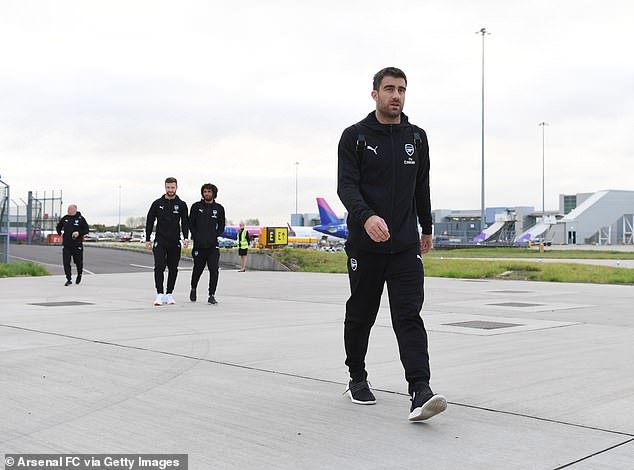 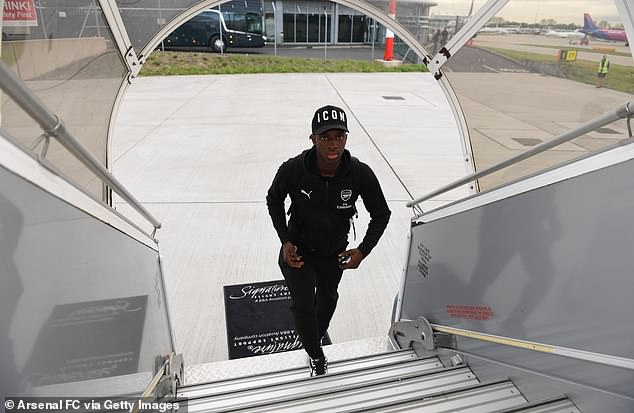 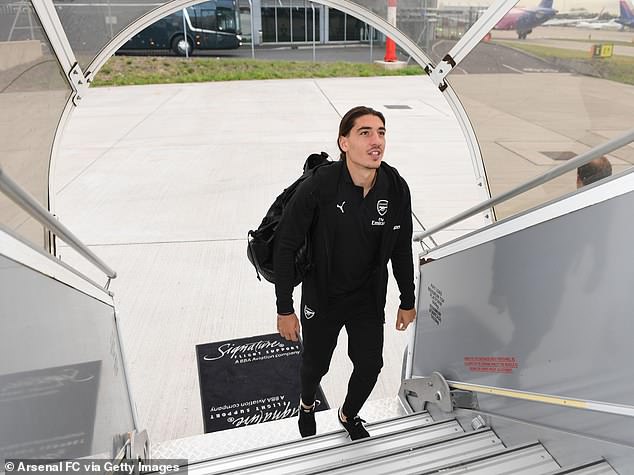 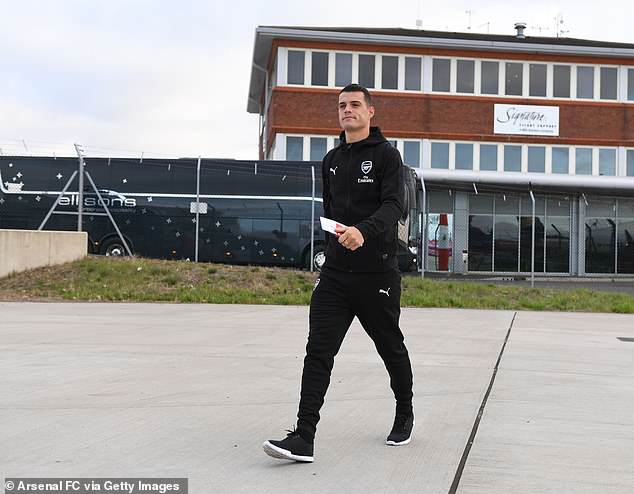 They make the trip to Azerbaijan without a few squad members, with goalkeeper Petr Cech the latest on the treatment table. He suffered a hamstring injury and isn’t expected to return to training for another 3-4 weeks.

It means summer signing Bernd Leno will take the gloves, having also played in the win over Vorskla on matchday one.

Henrikh Mkhitaryan won’t make the trip because of security fears resulting from the continuing conflict between his nation Armenia and Azerbaijan.

Qarabag, reigning champions of the Azerbaijani top-flight, were paired with Chelsea in the Champions League group stages last season.

They were thrashed 6-0 at Stamford Bridge and then beaten 4-0 on their own ground by Antonio Conte’s team.

The Gunners will be hoping to make a return to the Baku Olimpiya Stadium because this season’s Europa League final will be staged there.

Qarabag started their Europa League group with a 2-0 defeat to Sporting Lisbon in Portugal and Arsenal will start the match as strong favourites despite the distance.