You can’t celebrate if you don’t score; perhaps Arsenal and Crystal Palace are onto something.

In a week where footballers have been pilloried for breaching Covid protocols by continuing to embrace when celebrating goals, these two teams found an effective way of avoided any controversy.

Here’s hoping it doesn’t catch on. In fairness, as goalless draws go this was relatively entertaining – and by the end neither Mikel Arteta or Roy Hodgson would have been too disappointed with a point. 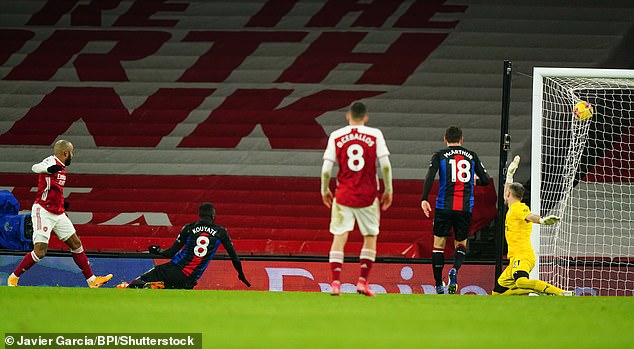 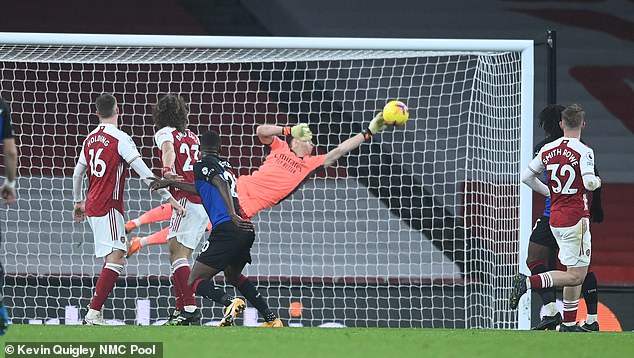 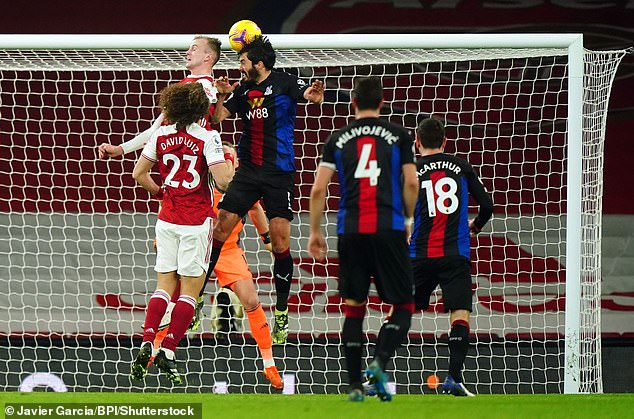 Though, Palace striker Christian Benteke – who missed a series of glorious chances – may feel differently.

And victory wouldn’t have flattered the Eagles, either. But a point at the Emirates isn’t to be sniffed at – Hodgson knows that more than most.

The form couldn’t have been more contrasting heading into this encounter; Arsenal, off the back of four consecutive wins were in the ascendancy – slowly overcoming the dreadful start to the season that saw them flirt with the relegation zone.

But after just one victory in seven, Palace and Roy Hodgson’s approached this in worrying form. And while it’s now one victory in eight – the manner of this point will encourage the with Palace connections.

Not that the Eagles were stifled by their disappointing run as they started this clash on then front foot.

Eberechi Eze, who started despite his Covid protocol breaking trip to QPR on Saturday, was lively down the left while Wilfried Zaha – inevitably – seemed intent on making Arsenal pay for not signing him two summers ago.

Arsenal, on the other hand, were lethargic and passive. No urgency nor invention.

Eze fired a free kick from an inviting position over the bar before Christian Benteke misfired from just seven yards out when he should really have put Palace ahead.

All the Gunners had to show for their opening was a Pierre-Emerick Aubameyang strike that stung the hands of Vicente Guaita and David Luiz’s back post header that the Palace keeper comfortably claimed. 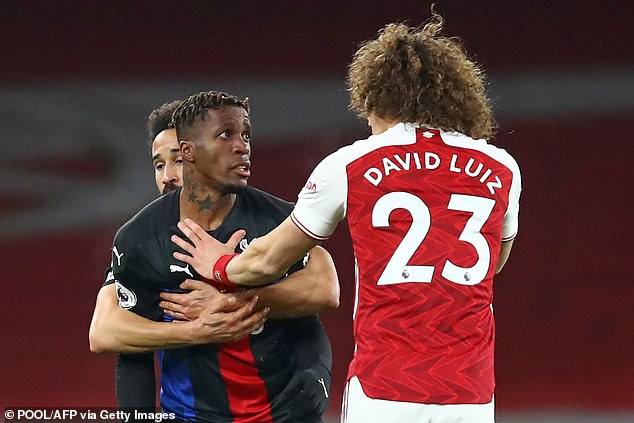 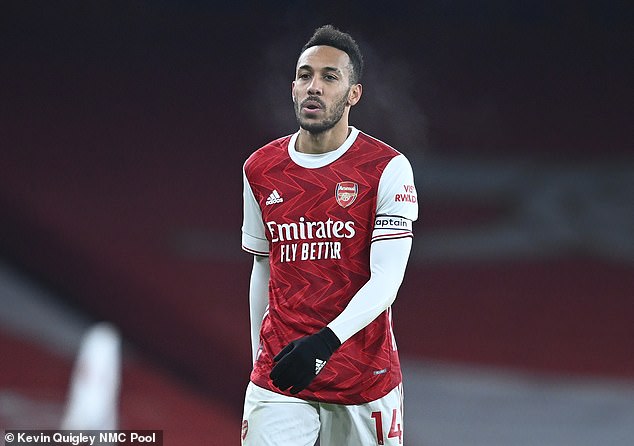 Arsenal improved as the first half drew to a close, but not substantially enough to convince Mikel Arteta that his team were shifting into gear.

Indeed, James Tomkins provided the Gunners with an almighty fright six minutes before the break, glancing a delicate header from Eze’s pinpoint free kick onto Bernd Leno’s bar before James McArthur’s follow up was blocked.

Arteta breathed a huge sigh of relief; he knew his team had got away with one.

The Spaniard could have any complaints, however, if Tomkins’ header had crept under the bar.

Arsenal simply weren’t at the races, their manager didn’t need to be told.

Arteta’s side were let off the hook again before half-time, Leno at full stretch to claw out Benteke’s towering header from Tyrick Mitchell’s cross before the Gunners keeper stopped Zaha’s rebound.

The Gunners boss couldn’t get his team in quick enough as Andre Marriner blew up for half time.

In contrast, Hodgson would have been quietly content with his side’s opening 45 minutes. Without being sensational, they showed intent and purpose.

The Palace boss may only have six months to run on his contract, but his players still appear to be fully behind the 73-year-old.

Indeed, inside the first 60 seconds of the second half, the Gunners showed more ambition than they did during the entire first half.

Hector Bellerin went within whiskers from opening the scoring almost directly from kick-off as Arsenal – fired by Arteta’s half-time rocket – came flying out of the blocks.

Suddenly there was a bounce in Arsenal’s step; Arteta sensed the change too as he fiercely egged his team on.

Finally there was some tempo in Arsenal’s play. Having looked like the only team going to score, Palace were retreating – they had no choice.

Alexandre Lacazatte rippled the side netting in the 55th minute as the Gunners continued to venture forward, though the effort would have at least gone to VAR as the linesman raised his flag.

Ainsley Maitland-Niles was next to test Guaita, firing a fierce shot from the edge of the box straight down the keeper’s throat in the 63rd minute.

It was the England international’s final meaningful contribution as he was replaced by record signing Nicolas Pepe as Arteta went for the kill.

But with the pace of Zaha, Eze and Andros Townsend, Palace were always going to offer a threat on the counter attack.

The anguish was etched all over Hodgson’s face when Bentreke and Townsend wasted promising opportunities to breakaway with heavy touches.

But it was Palace who squandered the best late opportunity, Benteke wasting an excellent headed chance in the 70th minute as the game ended goalless.

RELIVE ALL THE ACTION WITH SPORTSMAIL BELOW