Ahead of this weekend’s Premier League action, Sportsmail will be providing you with all you need to know about every fixture, with team news, provisional squads, betting odds and Opta stats. Here is all the information you need for Arsenal’s home clash with Liverpool at 7.45pm on Friday at the Emirates Stadium.

In or out? Keep up-to-date with all the latest team news and stats ahead of the weekend games

Arsenal will be without Olivier Giroud for Friday night’s Premier League visit of Liverpool.

The striker was forced off in Tuesday’s Carabao Cup quarter-final win over West Ham with a hamstring injury and is likely to miss the majority of Arsenal’s festive fixtures.

Francis Coquelin also hobbled out of that game but could still be in contention but Aaron Ramsey (hamstring) is missing, as is long-term absentee Santi Cazorla (ankle). Wenger should be able to call on defender Shkodran Mustafi following a thigh injury. 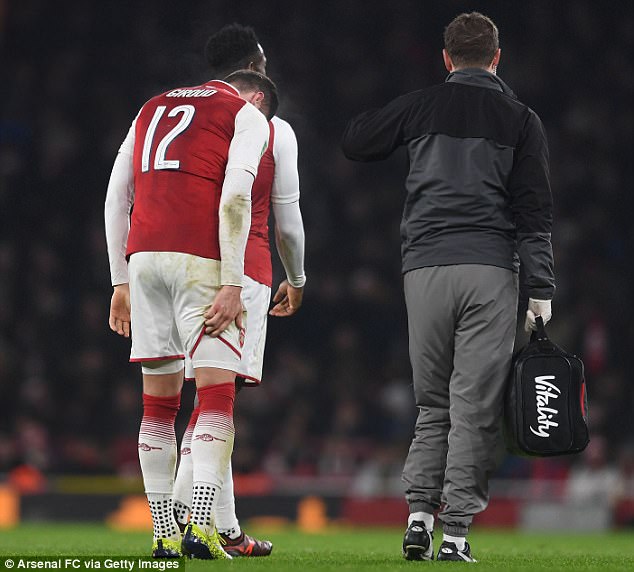 Alberto Moreno is still sidelined by his ankle problem, but Emre Can is available again after sitting out last weekend’s 4-0 win at Bournemouth as he served a suspension.

Adam Lallana is set to be involved again after coming off the bench at the Vitality Stadium for his second appearance of the season.

Arsenal have lost their last three Premier League games against Liverpool – they haven’t lost four in a row against them since May 1998.

Liverpool have scored at least three goals in each of their four Premier League matches against Arsenal under Jurgen Klopp, scoring 14 goals in total (W3 D1).

This is just the third post-war league match between these sides on a Friday – in April 2004, Arsenal won 4-2 at Highbury with Thierry Henry scoring a hat-trick; the other was the title decider in May 1989 at Anfield with Michael Thomas scoring a last-minute goal to clinch the title for Arsenal on goals scored in a 2-0 win.

There have been 17 goals scored in the 90th minute or later in this match in Premier League history; more than in any other fixture in the competition.

Liverpool are the first team in top-flight history to have won four consecutive away games by a margin of at least three goals.

Arsenal have won 13 of their last 14 Premier League games at the Emirates, losing the other against Manchester United (1-3) at the start of the month.

Arsene Wenger’s side have also found the net in each of their last 23 Premier League home games, last failing to score in a 0-0 draw with Middlesbrough in October 2016.

Petr Cech (199 clean sheets) is one clean sheet away from becoming the first ever goalkeeper to record 200 shutouts in the Premier League – however, he’s conceded 14 goals in his five games against Liverpool for Arsenal; at least six more than he has against any other side. 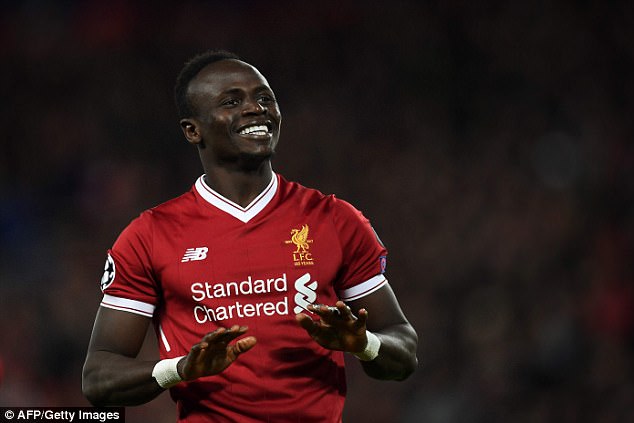 Roberto Firmino has been involved in six goals in five Premier League appearances against Arsenal (four goals, two assists) – however, the Brazilian has neither scored nor assisted in two matches at the Emirates.

Sadio Mane has been involved in six goals (four goals, two assists) in seven Premier League appearances versus Arsenal – more than he has against any other opponent in the competition.

Sadio Mane has scored in each of his last three Premier League games against Arsenal, and only four players have previously scored in four consecutive PL games against the Gunners – Tomasz Radzinski and Peter Beardsley (four in a row) and Jimmy Floyd Hasselbaink and Harry Kane (five).