By Lewis Steele For The Mail On Sunday

Arsenal kept up their perfect start to the Women’s Super League season yesterday with a 4-0 win at Aston Villa.

Little broke the deadlock early in the second half.

Mana Iwabuchi and Katie McCabe also netted before Little completed the rout late on — her goals taking her to the landmark of 150 and 151 strikes for the club.

‘To me, the finishing XI is just as important as the starting XI,’ said Eidevall, noting his side’s late flurry of goals.

‘It’s great to finish the game off in the strongest way possible.’ 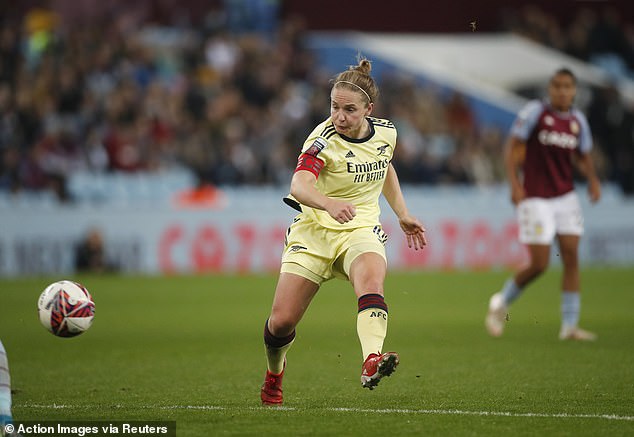 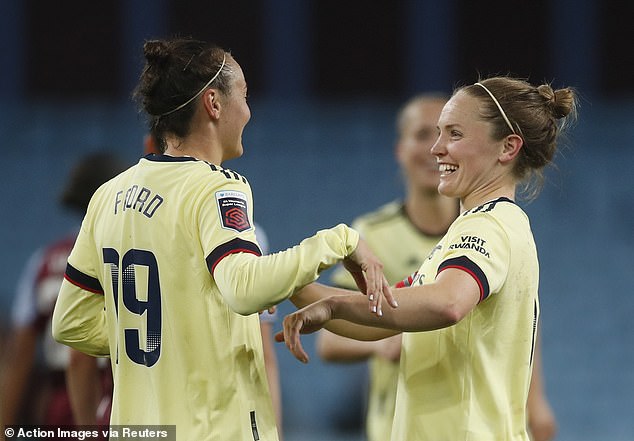 With her two strikes at Villa Park, Little (right) took her tally for the club to 151 goals

Hayes used her post-match comments to pay respects to murdered Sarah Everard, saying: ‘My job is about educating my son Harry to understand the importance of women.’

She added on star-of-the-match Kirby: ‘Fran at her best is one of the best. Her standards are through the roof.’