‘A defender of that quality and he lets him go’: Arsene Wenger believes Virgil van Dijk was at fault for Luis Suarez’s Barcelona opener against Liverpool

Arsene Wenger has claimed that Virgil van Dijk was at fault for Barcelona’s opening goal at the Nou Camp on Wednesday night.

The former Arsenal manager has pointed the blame at this season’s PFA Players’ Player of the Year after he allowed Luis Suarez through to score in the first half.

As Jordi Alba sent in a defence-splitting cross, Suarez timed his run perfectly to nip in and steer it past Alisson in the Liverpool goal – but Wenger insists Van Dijk should have done more. 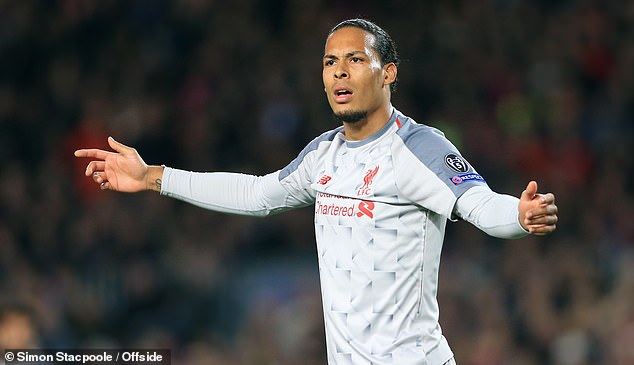 ‘When they go in the final third, they are quality Barcelona,’ Wenger told beINsports during the half-time break. ‘You’ve seen the goal – one chance, one goal.

‘It is very interesting because Van Dijk covers but he should go with Suarez to cover that ball.

‘Especially from a central defender with that quality, he lets him go. From the start, his position is not bad but he refuses to respond.’ 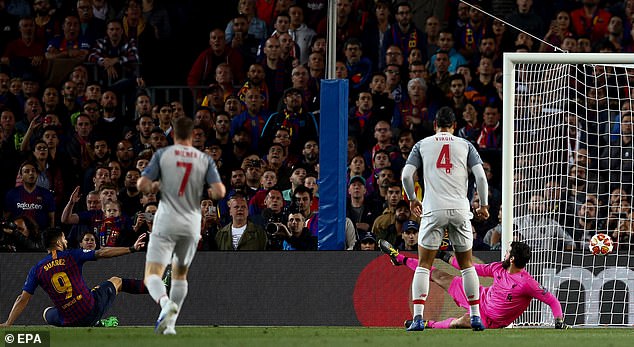 Suarez (No 9, left) got on the end of Jordi Alba’s cross to put the ball past Alisson in goal 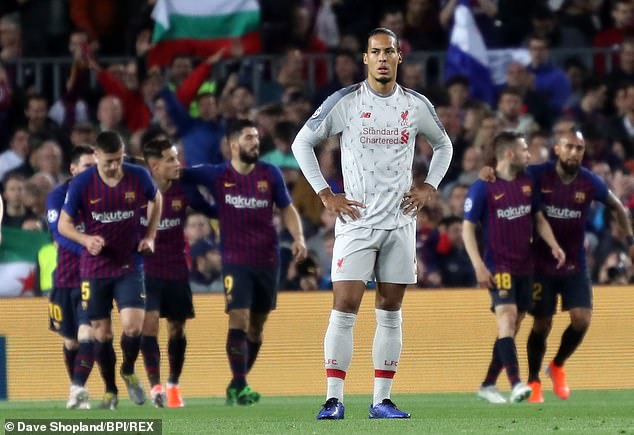 The Frenchman was full of praise for Alba’s cross that made the opener, however.

‘It’s a great goal because the cross is fantastic,’ he continued. ‘The keeper cannot come (to collect the cross) and the ball is between the defender and the goalkeeper, so it’s marvellous.’

Lionel Messi doubled his side’s lead in the second half to give Barcelona full control in the first leg before he scored a fabulous free kick to make it 3-0 with eight minutes of normal time left on the clock.